Looks like actress Zoe Saldana was one of the first to help when an elderly woman was involved in a car accident in Culver City, California, on Wednesday.

People reports that the 33-year-old "Avatar" star, seen in glasses and casual boots, rushed over to the aid of a bloodied woman who appeared dazed from the car crash. Saldana reportedly called 911 herself before escorting the woman to safety curbside. TMZ has since obtained the 911 call the actress made.

"Zoe witnessed the car accident, and she was quick to help... [She] immediately got on the phone with 911 and she seemed very concerned," a witness told the magazine. Bauer Griffin snapped photos of the incident, and photographers said she stayed with the injured woman, comforting her until paramedics arrived.

When she isn't playing Good Samaritan, Saldana is rumored to be dating fellow actor Bradley Cooper; the two appear together in the upcoming movie, "The Words." 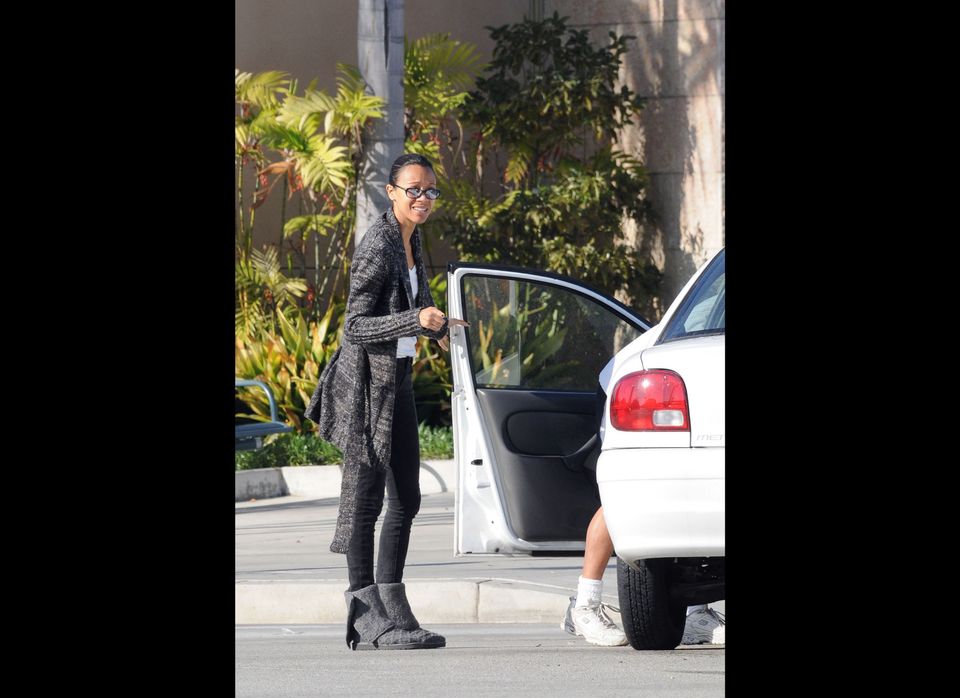