Officials in Sycamore Township, Ohio, are pulling the plug on a zombie-themed nativity in a front yard.

Earlier this month, Jasen Dixon set up a version of the classic Christmas scene featuring skeletons as the three wise men and a demonic looking baby Jesus.

The decorations came from the 13 Rooms of Doom haunted house that he manages in Rising Sun, Indiana

"I wanted a nativity scene and I worked with what I had," Dixon told Fox 19.

The reaction has been mixed.

"The neighbors don't like it. My father hates it and anything bad that happens, he blames it on that," he told the station. "On the average we probably get 30 or 40 cars stop and taking pictures, getting out with their camera. People that follow zombie movies and stuff like that love it."

Officials in Dixon's hometown have demanded the nutty nativity be removed, but insist it's a zoning issue, not a zombie issue.

Township Administrator Greg Bickford told Cincinnati.com that the problem is that makeshift manger occupies too much of the front yard

Dixon has received two violations so far. He feels the orders to dismantle it violate his constitutional rights to free religious expression.

"I've lived here for 15 years and I've never had a violation of any kind," Dixon told FoxNews.com. "It's a holiday decoration. I know if it was a real pretty nativity scene they wouldn't be saying anything."

Dixon has until Dec. 26 to take the zombie nativity off his property without being penalized.

“I haven’t decided,” he told the Columbus Dispatch. “I don’t really know what’s going to happen.” 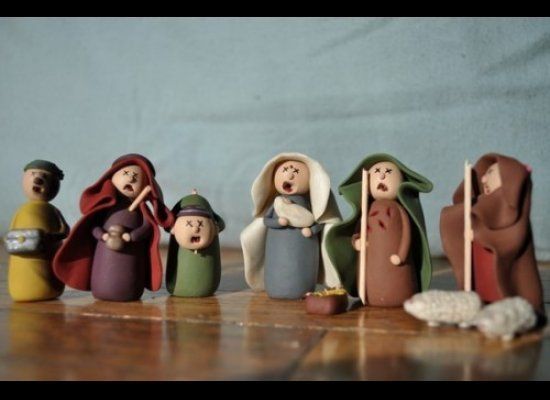 1 / 22
Zombie Nativity
The birth of Jesus has inspired many artists and entrepreneurs to put their own spin on the tale. Christian author Mark Oestreicher has collected some of his favorites on his blog, <a href="http://whyismarko.com/2013/the-50-worst-and-weirdest-nativity-sets/" target="_hplink">WhyIsMarko.com</a>, including this one that depicts all participants as zombies in "Deathlehem."
Courtesy of Etsy.com/Fetishforethics