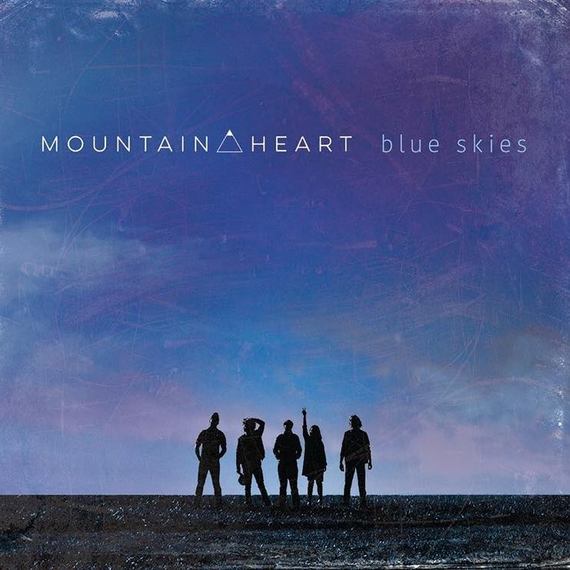 if you weren't at Pop's Farm in Axton, Virginia, the home of Rooster Walk Music and Arts Festival, under the stars on Saturday, Aug. 20, you missed an incredible high-energy performance by the incomparable Southwest Virginia native Josh Shilling and his band, Mountain Heart.

"Hometown! I don't even know what to say," Shilling wrote on Facebook after the show. "You guys came out and supported us in the most amazing way last night! To top it off, we had people come from PA, NC, SC, TN and more just to party! I love you guys and I can't wait to come back home. Way to make us feel incredible!"

Home is important to Shilling, who makes that evident through the lyrics he's written on the band's newest album released in May that gets better every time I listen to it.

"Blue Skies," recorded live in Asheville, North Carolina, is the band's first new album in five years and it debuted at No. 2 on the Billboard Bluegrass Album chart. Mountain Heart may not have any of its original members, but the band remains, as Rolling Stone Country points out, "true to its roots." What does that mean? I think it means the band combines some notes and nuances of classic country, progressive alternative folk, rock, R&B and even a little gospel while underlying it all with classic bluegrass.

I am particularly fond of the title track, the upbeat and fun "Blue Skies" as well as "Miss Me When I'm Gone."

There's an amazing new-grass twist on a Bob Dylan cover thrown in and an homage to his hometown of Bassett, Virginia. "Have You Heard About the Old Hometown" could well be about any of the small, former textile and tobacco towns in Southwest Virginia decimated by NAFTA and government regulations. "They're closing the doors, they shut us down...living on faith and love, scratching by, no they won't give up," a modern-day ode to Hank Williams Jr.'s "A Country Boy Can Survive."

"My family went to work in the fields and made their liquor from a moonshine still and ate whatever they could kill, yeah, somehow they carried on...they say, Josh, you just best stay gone."

While Shilling wrote six of the album's songs, he did get a little help from his friends, including heavy hitters Dan Tyminski, Chris Stapleton and Ronnie Bowman, on a few of the 10-tracks that are all worthy of a listen.

But the song I can't stop listening to is Shilling's "No One to Listen." It's soulful, sad and Shilling's voice combined with the lyrics and violin strains make it one of the most haunting tunes I've heard about life on the road. I know it will continue to stick with me for a long time.

"I've got brand-new song and no one to listen," the chorus laments.

If he keeps writing and playing like this, Shilling, along with Mountain Heart, are going to find a lot more people listening.

You also missed Molly Cherryholmes, formerly of the Grammy-nominated band of the same name, shred the fiddle. Since she was with Mountain Heart first at Rooster Walk in 2015, "she's really come into her own and found her spot in the band," Shilling told the Martinsville Bulletin. Rounding out the band are Jeff Partin, Seth Taylor and Aaron Ramsey, who also has a writing credit on "The Bad Grounds."

There's good news for those of you who didn't get to see Shilling and his band live last weekend. On Friday, Aug. 26, you can listen to them perform on the Stageit Online Concert "Pre-Opry Party." The all-ages show begins at 9 p.m. (EST) for as little as $2 (the website states pay what you can). Find tickets here.

And if you happen to have the good fortune to be in Nashville, Tennessee, on Saturday, Aug. 27, and have tickets to the Grand Ole Opry, you can catch Shilling and Mountain Heart performing at country music's mother church for what Shilling told the Martinsville Bulletin recently he estimates "is the 150th time. It's always exciting no matter how many times we've played it."

And even if you're not going to be in Nashville, if you have Sirius/XM you can listen to the Opry live as well in your car, on your computer or your mobile device with the app.

Give this latest rendition of Mountain Heart a listen. I'd love to hear what YOU think.