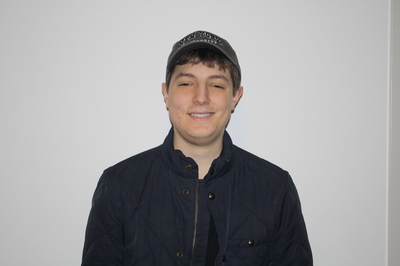 The classroom was empty except for my religious studies professor and me. After Modern Islamic Movements class, we could not stop discussing the rationales of radical groups like Boko Haram and their deeply-rooted hatred of Western values. Hours later, this conversation carried over into what is usually a heated telephone debate with Grandma, always adamant about her disregard for trying to understand extreme Islamic ideology. As usual, she spent hours trying to convince me of her staunch position. These conversations are what I seek on a daily basis, and I believe NYU can deliver this, primarily due to its position as a "global" and well-connected university.

At NYU, I envision discussions after class with students, professors, and locals alike to explore fresh and unique perspectives. How are people responding to the latest op-ed in the New York Times by Thomas Friedman about Netanyahu's address to Congress? What side are people taking on the rigorous debate over the best course of action for the US to take on ISIS? These conversations exemplify how the true essence of New York City encourages one to internalize the viewpoints of others and to reconsider their own.

Proximity to enormous diversity, whether it be on the Q train or the Madison Avenue bus, forms my perspective of different points of view, whether related to wealth, education or religion. Having grown up in New York, the city has been a constant influence to my outlook on the world. Spending the last academic year away from my home city has made me understand exactly how integral this environment is to my understanding of myself and others, especially at such an intellectually developmental stage in my life. From stimulating conversations at the dinner table with my family, in the apartment where I have seen the President's motorcade and the Macy's Thanksgiving Day Parade, to Washington Square, home of protesters, students and weirdos alike, I envision New York City as the place where I will thrive, as a native and as a Bobcat.

Jack Reiss, who transferred from Trinity College to NYU, was a 2014 graduate of The Browning School.