Earlier this month, The Huffington Post ran this article titled "10 Reasons Why Handheld Devices Should be Banned for Children Under the Age of 12."

As an educator who advocates for the intentional and appropriate use of technology, I could go on about this forever. But instead I'm writing here as a mother.

Here are my 10 reasons why I will continue giving my children handheld devices, and all other forms of technology as well.

1. Because banning things never, ever, ever works.

Remember when your parents wouldn't let you watch rated R-movies, so you just went to your friends' houses to watch them? I think I'd rather have my kids using technology and handheld devices with me beside them. Where I can engage with them, answer questions and limit content if I have concerns.

When my kids get really frustrated with not being able to do something, they don't just quit. My oldest likes to draw. We often draw together, using books or other tools to guide us. One day she could not figure out how to draw a cat and I couldn't either. Without even asking us, she got her iPad, went to YouTube, looked up tutorials on drawing cats and taught herself with the guidance of the tutorials. She is 7. She draws amazing cats now.

Let's be honest here. We've seen what happens when people don't have access to technology until their later years. (It is called the digital divide.) America is already falling behind in technology skills, making us less employable and harder to train.

I spend a lot of time in classrooms as part of my job. If you really think we should ban handheld devices for children under 12, I hope you have spent some time in classrooms recently. Classrooms of the 21st century engage students in a variety of ways bridging technology and interactive teaching. I once witnessed a third grade class making posters about specific animals, a task many of us are familiar with. But their posters had QR codes embedded on them that would jump to a GLOG (graphics blog) they had created about each animal. Mostly, from handheld devices.

There are children out there who are motivated by technology. They are future coders. Future designers. Future engineers. I want my own kids to see everything technology has to offer. I made their Valentine's cards light up, because I want their minds to light up with the topics it introduces. They learn to code on Scratch, they practice Spanish on their own devices, and the possibilities are just beginning for them. 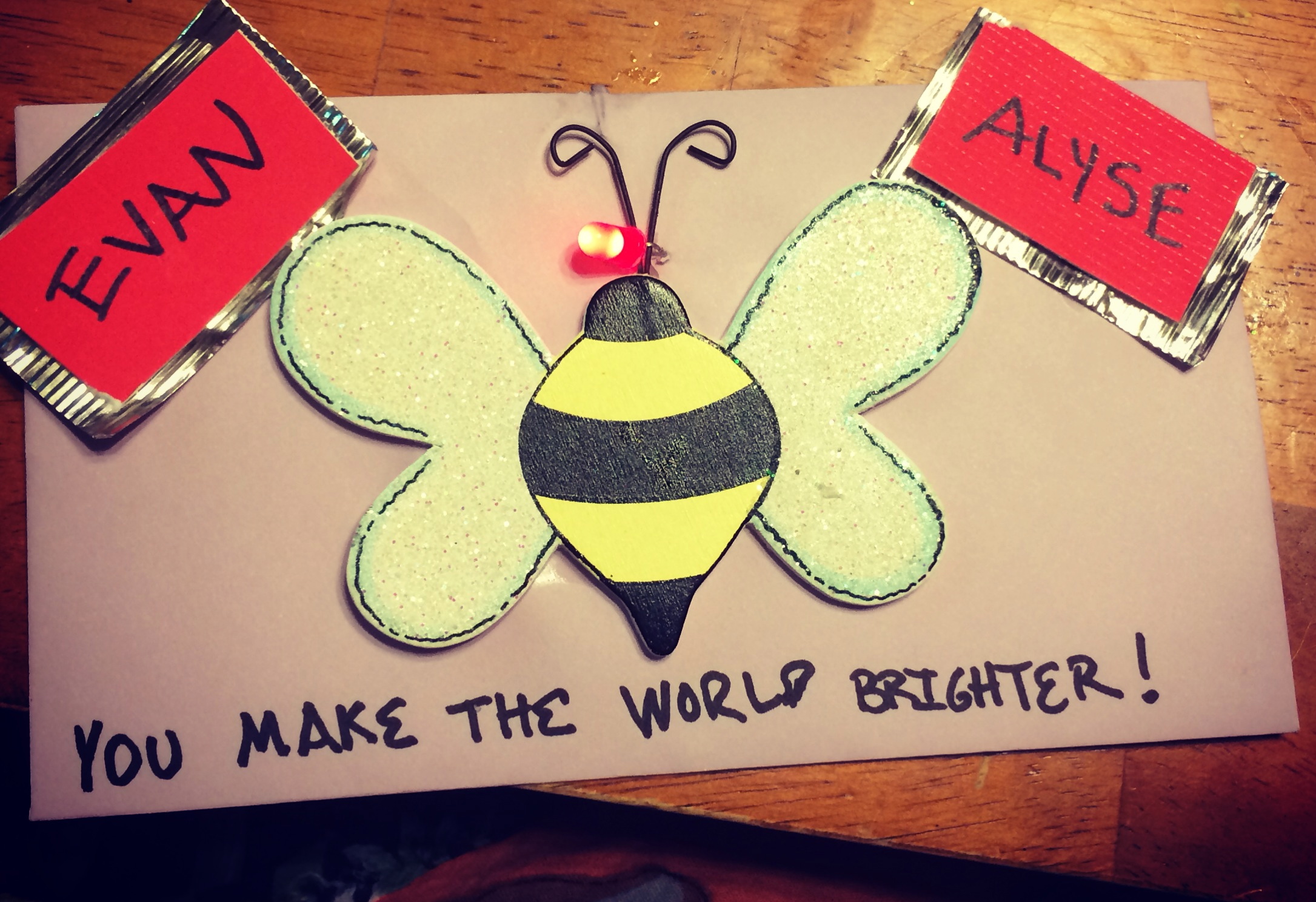 6. Because I care about their brains.

There is a positive link between video games and brain development that doesn't get any attention! Yes, it is only one part of the brain and there are many other parts that also need to be developed, but creative thinking and problem solving in a virtual world is something I believe will be beneficial in my children's future.

I'm raising two ferocious girls. Two girls who are currently very unlikely to get a degree in computer science. I want my children to know they can enter any field they want to, even the tech field. (Twelve percent of computer science degrees currently go to girls).

I am 32 years old and still trying to figure out how to balance my technology life. When do I turn my phone off? When do I stop checking email? It is not only something I want to model for my children in my own practice; it is something I also want them to experience on their own. We turn the iPad off when it is time to go to a basketball game. Or climbing. Or gymnastics. They don't throw fits. They don't cry for it. They understand that it is one part of their day.

I'm a librarian. I live and sleep literacy. I've watched children learn to read with books, with ebooks, with apps, with flash cards and with cereal boxes. I want my children exposed to any text they will pay attention to. Including when it comes through a handheld device. We know that handheld devices can help with learning, especially when parents are involved with the interaction of the device.

It is 2014. iPhones were introduced seven years ago. Now, half of Americans own smartphones. We should probably embrace what is here and use it to our advantage, rather than fighting with reality.

Be involved in what your children are interested in. Learn with them. Stop reading "clickbait" articles about technology and instead explore it yourself for a while. Don't let your own fears about something foreign to you limit the opportunities you give your child.

More:
screen timekids and screensParentsScreen Sensekids and technology
Newsletter Sign Up
Raise the kind of person you'd like to know
Subscribe to our parenting newsletter.
Successfully Subscribed!
Realness delivered to your inbox