When the folks at Audi contacted me here at HuffPostTech and asked if I wanted to test drive the new A7, I thought maybe they had meant to email our friends over at AOL Autos.

But when I saw the list of the gadgets and gizmos available for the 2012 A7, I knew that their message really was for me.

Fully-equipped for just a shade under $60,000 and on sale as of the first week in July, the A7 is a tech-lover's dream car, with several totally integrated technological features, such as:
...and much more. The 2012 Audi A7 isn't just plugged in; it is the computer.

We'll be back with a video of all this stuff in action soon, but for now, feast your eyes on some photos of some of the A7's most nifty technological features.

PHOTO GALLERY
Tech Features In The 2012 Audi A7
Download
Calling all HuffPost superfans!
Sign up for membership to become a founding member and help shape HuffPost's next chapter
Join HuffPost
Jason Gilbert
Contributor
Suggest a correction 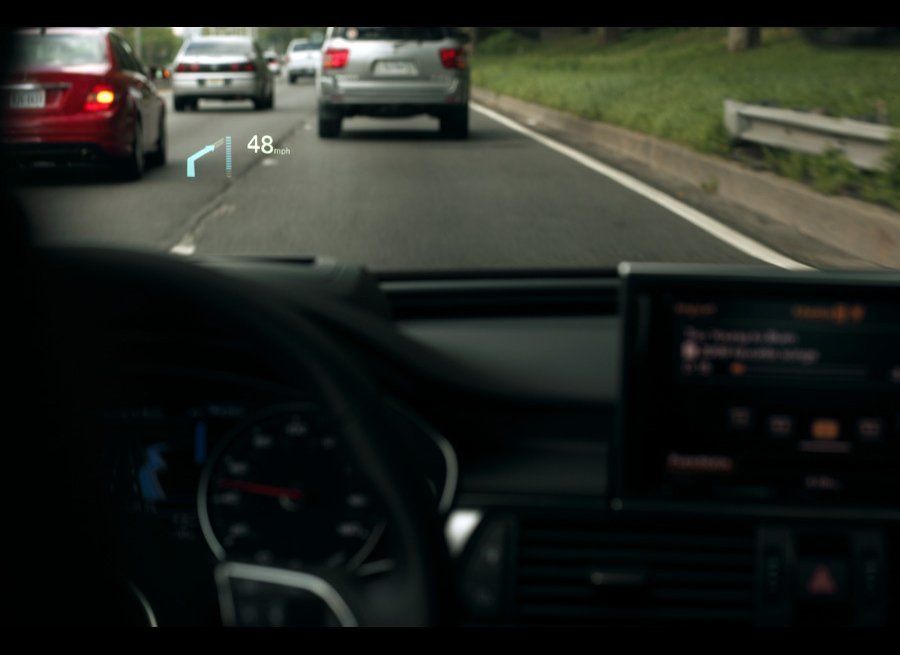 1 / 7
Head Up Windshield Display
A technology used by jet pilots and adapted for the A7, Audi has added a "Head Up Display" to its new sedan. The adjustable display projects the driver's speed and upcoming turns onto the windshield in front of him so that he never has to take his eyes off the road, thus keeping his "head up." This information appears to hover just above the steering wheel on the windshield. This picture was taken from the point-of-view of the driver; passengers and drivers of other cars cannot see the display. And to answer your question: no, it is not distracting--reading it becomes second nature very quickly, like checking your rearview mirrors or your speedometer.
Christophe Wu