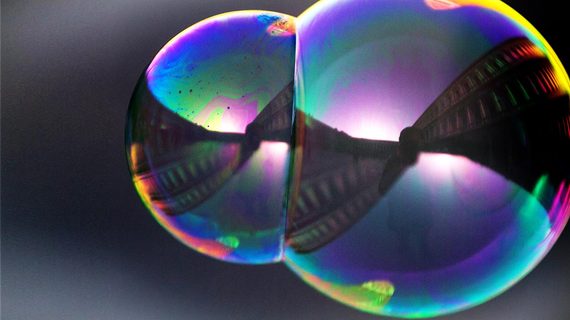 The blockbuster merger between Dell and EMC may be on the rocks, if shareholders of VMware have a say in it. VMware's shares listed on the NYSE have dropped 30% since the merger was announced (the company is still majority-owned by EMC). The outside owners are asking: Why merge this fast-growing and promising business with Dell's declining legacy business? Good question - add that to the slew of questions already raised about the Dell-EMC merger.

The news last month that Dell will acquire EMC was déjà vu all over again for analysts in the tech industry. It was especially so for those of us in the Boston, one of the hubs of the computer industry innovation since the 1950s.

Twenty years ago, IBM bought Lotus, and Compaq bought Digital Equipment Corporation (DEC). These two stories turned out differently -- the first was a success, the second a failure. As history repeats itself, what lessons should we take away and apply to the latest deal?

The 1990s saw a merger wave similar to today's. The upshot of these waves is always the same -- the assets of businesses are remixed. Increasingly, competitive advantage stems from how firms combine and recombine resources -- their own and those of their merger and alliance partners. Sometimes, however, this remixing takes a convoluted path.

IBM acquired Lotus to move into software and gain a new focus. It succeeded, for the most part. While the Lotus product suite itself declined under pressure from Microsoft, IBM was able to use the deal to pivot its own business into software and services. IBM divested its mature hardware businesses to focus on the new growth areas; for example, its PC business was sold to Lenovo.

Compaq acquired DEC to move into higher-end computing, and to gain scale. They failed, except that HP bailed them out with its even bigger acquisition of Compaq, again pursuing scale in a mature business (PCs). This second merger failed too, by most accounts, and is back in the news due to Carly Fiorina's presidential run. In a reversal of the merger trend, HP is today breaking itself up to separate its high-end from its PC business. With hindsight, this double merger followed by a break-up seems a convoluted way to get to a set of viable businesses.

There are at least three lessons here that apply to the Dell-EMC deal.

The strategy behind the deal is more critical than the details of the deal itself. An acquisition, by itself, is neither good nor bad for the acquirer. (It is almost always good for the seller, in terms of value transferred -- otherwise they would not sell.) It matters more what you do with the newly acquired resources. IBM used Lotus as a springboard into software, and was willing to jettison mature hardware businesses. Compaq, however, tried in vain to use size to push its hardware business into profitability.

What is Dell's strategy for EMC? Even after almost two months since the announcement, we still know little about this, in part because Dell is privately held -- we can see that it has managed to hang on to its market share in the PC business, but that this business remains in intensive care. We simply don't have enough information to understand its strategies for transforming its business. There is speculation that Dell needs EMC to make a big play for cloud computing, or to compete better against Chinese vendors.

Still, the Dell strategy is opaque. In fact, Dell has argued that being private facilitates its transition, as too much public scrutiny might derail its plans. In that regard, selling to a private company is like going into a black hole. Analysts are guessing at what the strategy might be, and so far are not coming up with clear winner.

So for now we're left with questions: Will Dell be able to squeeze more value out of EMCs hardware storage business? Or has EMC itself already milked this to the max? Will Dell be able to do more with VMware than EMC has or will its corporate culture kill this golden goose?

Some talent will leave, but local entrepreneurship may get a boost. As Dan Isenberg has pointed out, from Finland (Nokia) to Canada (RIM) to NYC (financial crisis), when big companies fail, entrepreneurship goes up. Both the IBM acquisition of Lotus and the Compaq acquisition of DEC provided a boost to local entrepreneurship, as talented individuals were let go or declined to work in the larger corporate environment. Boston, for example, is full of computer start-ups created by alumni from Lotus and DEC. Even EMC, which is headquartered outside Boston, benefitted from this environment, having acquired some of the ventures of these alumni.

Paradoxically, therefore, even if Dell smothers EMC, the local children of EMC may well flourish. This depends on how much latent entrepreneurial spirit is left in EMC -- or in the legacy business of EMC. VMware is plenty entrepreneurial, but most of that is located in Silicon Valley, which hardly needs an infusion of newly tech alumni.

The tech merger cycle may be hitting its peak. Taken together with the proposed $104B merger of InBev and Miller, the $67B Dell-EMC deal could well signal the peak of the merger cycle. Negotiators in both cases are racing against time to get their mega-deals done before interest rates rise, as both rest in part on debt financing.

If these deals are indeed the end of the larger-merger era, then divestments may come back sooner than we think.

The new Dell will likely need to work hard to lower its debt burden after the merger. How? In principle, it could squeeze costs or sell more aggressively -- both are difficult to do in businesses that have already been pushed hard. Or it can sell off the weakest parts in its collection of businesses to raise cash, which is more likely. What might get spun off? Either Dell's own legacy PC business, or parts of the newly-acquired EMC business, or some combination of these. Exactly what would be spun off depends on the demand from buyers too, of course.

If these spinoffs do happen later, we will be left wondering why EMC couldn't have done this by itself, now. Why did the route to greater focus have to run through a massive consolidation? Must we trade bundles of assets in mega-billion dollar packages before we can streamline them? We'll have to wait to see how the strategies behind this deal play out -- but smart remixing of a bundle of resources is often better than selling them in bulk to the deepest pocket.

An earlier version of this article appeared in Harvard Business Review.