Consider this permission to hit the snooze button in the morning.
By Natalie Gingerich Mackenzie for SELF. 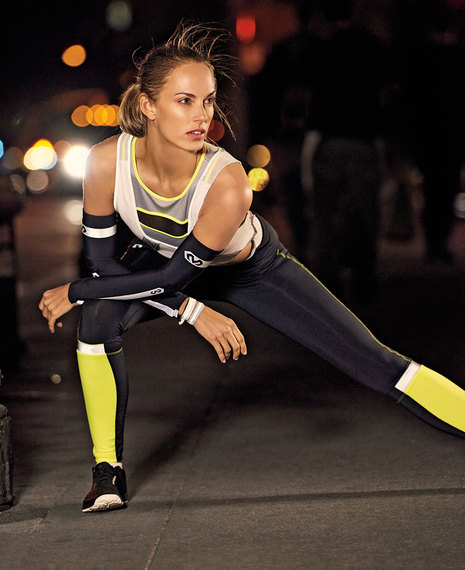 This article originally appeared in the March 2016 issue of SELF.

Early-morning exercisers tend to get all the glory -- from sunrise selfies to gold stars from impressed friends. And getting #UpNOut is great -- if it works for you.

But if working out first thing doesn't jibe with your schedule, all is not lost. In fact, nighttime sweat sessions have so much upside that even early risers might consider including them in their weekly lineup of workouts. If you're wondering, 6 P.M. is actually the most popular time of day for running, strength training, indoor cycling and dance-cardio workouts, according to Jawbone stats.

Here, three of the benefits of working out at night:

1. You'll work out harder.
Research has shown we can go up to 20 percent longer in the evenings, and at a higher intensity. Performance peaks 11 hours after waking for late risers, per a new study from England's University of Birmingham. (Even early birds fare better later: They did best aerobically about six hours after waking.) And when you can go harder, longer, faster, stronger, you'll see the payoff quicker.

2. You'll tone up faster.
Muscle function and strength peak in the P.M., according to research, and fluctuating hormones may make late-day workouts more effective. High levels of cortisol in the morning can prevent muscle growth, but increased testosterone in the evening boosts it, says Heather Webb, a kinesiologist at Texas A&M University in Corpus Christi.

If there were any question about the strength of nighttime workouts, it's been put to rest.

7 Completely Doable Tips for Your Best At-Home Blowout Ever