Bridge of Spies tells the true story of James B. Donovan, a respected New York insurance attorney who is asked to defend an accused Soviet spy during the height of the Cold War. Donovan, played by Tom Hanks, accepts the controversial case as his patriotic duty and does so well that he is eventually asked by the CIA to negotiate a prisoner exchange in East Germany, but without government protection. Oscar season is just revving up and a lot of excellent movies are coming down the pike, but as of right now, Bridge of Spies is the best film I've seen this year. Here's what it's got going for it:

1. Bridge of Spies is a work of Master Artists. 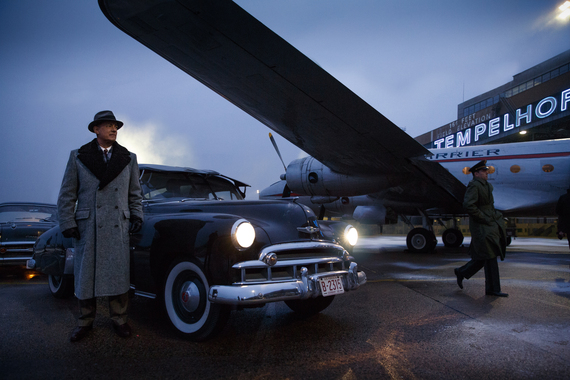 Steven Spielberg directs. Tom Hanks stars. Joel and Ethan Coen co-write. The list goes on and on, nearly every member of the cast and crew is heavily trophied and an expert in their field. When filmmakers of this caliber collaborate, it's something to behold -- the evidence is in the details. The audience gleans that Donovan's teen daughter and his young associate are dating without it ever being seen or said. The cinematography uses shadows to create intrigue and give a nuance of noir. The music subtly evokes a sense of patriotism. Every frame delivers layers of information about the characters, the story, the situation, the era. 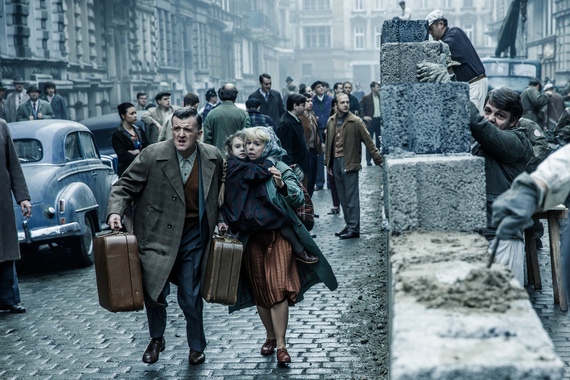 The audience is transported to 1957 to experience the Cold War first hand. Viewers witness America's high-strung fear of Communism up close through the eyes of Donovan's family, whose son is obsessed with how to survive an atomic bomb attack and whose panic-stricken wife continually and incorrectly describes the Soviet spy as a "traitor." A moment I'll never forget is a scene that depicts the Berlin Wall being built, concrete block by concrete block, suitcase-carrying East German couples escaping the coming doom by running over the boundary line through lazy and distracted soldiers. Later, Donovan's train goes by the Wall, now complete and security towers in place, and he witnesses freedom seekers gunned down while trying to climb over it. The weave allows the viewer to experience the manifestation of three nations still recovering from a world war.

3. Bridge of Spies is about the Art of the Deal. 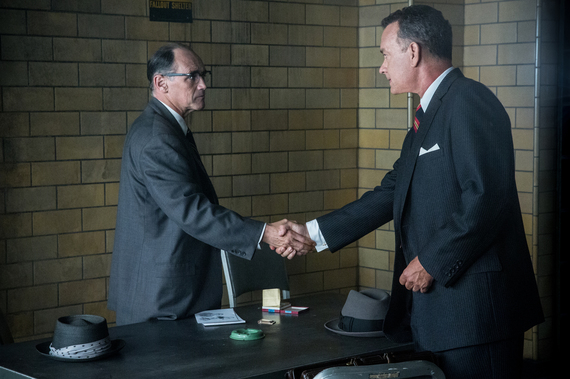 This isn't a typical spy versus spy film: the gadget count is small, the suits aren't stylish, and our hero never pulls a gun. What is plentiful is a skill in negotiating that James Bond would envy.

One reason why this film might not be for you:

1. Bridge of Spies is propaganda. 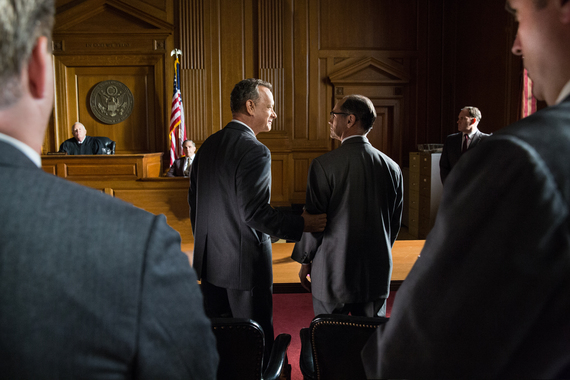 There's no watching this film without feeling grateful, perhaps even superior, to be an American. Personally, I don't have a problem with this, I love a movie that leaves me swollen with patriotic pride. Just note that the making of this film strikes as relations between the U.S. and Russia are getting chilly once again. Spielberg recounts a historical event but, make no mistake, the U.S. emerges as the white knight of honesty, fairness and intelligence sharper than our European opponents. USA! USA!