It's time to stop trying to differentiate the product or service you offer and start differentiating yourself.

Let's face facts: Your product or service is probably a commodity (or rapidly becoming one). A superior offering--assuming you've got one--is not enough to cut through the noise, especially when the average consumer is exposed to thousands of marketing messages a day.

That means you must make yourself your biggest differentiator by becoming intriguing and distinctive in the marketplace. Potential clients and customers are looking for a personal connection in their interactions -- they want to buy from a person or group that stands out in some way and who connects to them emotionally.

In short, you need to be known and liked to hit it out of the park these days. "I see a lot of great business ideas go right down the toilet because no one cares that a product or service is marginally better or even substantially better. People are doing business with the people that they trust," says Jordan Harbinger, creator of coaching firm The Art of Charm, which helps clients build confidence, communicate better and create high-quality networks of influencers. 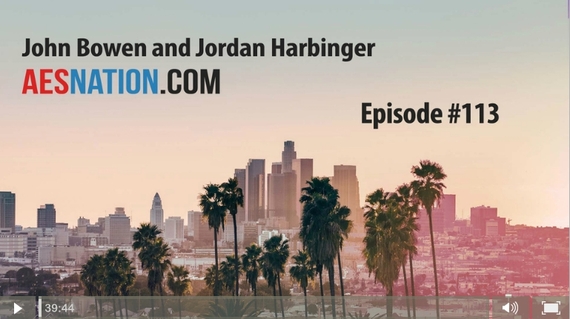 1. Rethink your network. Many of us don't automatically gravitate toward networking and forging connections. In part, that's because we don't always realize how connected we are, or we get so busy that we forget how big and diverse our networks really are. That's why Harbinger in his training sessions has entrepreneurs spend 30 to 45 minutes simply writing down everyone they can remember -- from their childhood to the present day. The goal isn't to build a big list of people to sell to -- it's to recognize how many people are in your orbit, who they are and what they do. (You'll see why in the next step.)

2. Be a connector. How many times have you met someone at a business event and when they tell you what they do, your first thought is, "I don't need that kind of help" and you move on?

By thinking only in terms of what you might be able to get from new contacts, you miss a huge opportunity to build important connections. Instead, says Harbinger, try developing relationships between people in your network -- making introductions and being the catalyst for others to connect. By being a connector, you serve as a bridge between people who could greatly benefit by knowing each other.

The benefits of being a connector are potentially huge. For one, you quickly become known as someone who is "plugged in" -- an influencer who can bring value to people's lives. That earns you big-time trust and credibility points. You also get to leverage the law of reciprocity, which essentially says that when you offer to help someone solve a problem, they naturally feel compelled to return the favor by helping you -- either directly or by introducing you to someone who can help you meet your objectives. In my case, I've introduced major players in the financial services industry, which in turn has lead to them giving me introductions that have meant big money to my coaching business.

3. Don't assume being a connector will eat up all your time. It won't. Entrepreneurs worry that they'll be buried in to-do lists if they offer their help too much. Not so, says Harbinger. Your role as a connector is not to try to directly help everyone you meet but rather to introduce people you know and trust who could then help each other. You're the hub.

As a result, making introductions is easier and less time consuming than many business owners assume. Often all it takes are some emails. Provide a little bit of background and framing for why you're connecting the people and wish them well (you can even ask that they not include you in their replies going forward).

That said, it pays to get out of your chair now and then and make some face-to-face connections. Harbinger and I participate in various mastermind groups where like-minded entrepreneurs meet, connect and share success strategies. In-person connections are very powerful and amazing things can happen when you're in a room with the right people. One meeting netted four new contacts that will eventually be worth several hundreds of thousands of dollars.

4. Make networking a habit. The path to being a great networker and connector is the same one it takes to get to Carnegie Hall: practice! Harbinger points out that the reason most entrepreneurs struggle with networking is that they always find ways to put it on the back burner. Instead, make a connection or help someone in your network at least once a day. It can be as basic as introducing two people who might benefit by knowing each other. The key is to make this type of behavior habitual (and remember, it's not a time suck). Once you do that, building connections becomes painless and automatic.

Every day at AES Nation, top entrepreneurs share their best strategies, tactics and advice for achieving the highest levels of success and performance in business and in life.

Serial entrepreneur and host of the Accelerating Entrepreneurial Success podcast