How do you organize a family vacation that balances the needs of two young children, a spouse who wants to relax at the pool and spa of a luxury resort, and yours truly, who wants to ride as much singletrack as possible? The answer is twofold: start with Park City, Utah, and end up at the Montage Deer Valley.

Very few summer destinations offer as much range as Park City. The year-round mountain resorts of Deer Valley and Park City Mountain Resort feature robust programs for kids including day camps, alpine coasters, and a variety of adventurous activities. The Montage Deer Valley is built into the slopes of the ski resort, high above Park City's historic downtown district. With five restaurants, two pools, a renowned spa, and daily Paintbox kids program (ages 5 - 12), it's an ideal basecamp for this family's summer getaway. Most importantly for me, it's at the center of a 450-mile singletrack network (and counting), for which the International Mountain Bike Association (IMBA) has bestowed its highest Gold rating.

For the first leg of our vacation, we spend a few days in Zion National Park. Our family tradition is to visit one National Park per year, and Zion is conveniently on the way from Los Angeles to Park City. This left me with four days in which to do as much riding as possible in Park City. The following itinerary amounts to a marathon of dirt, gravity, and suffering. 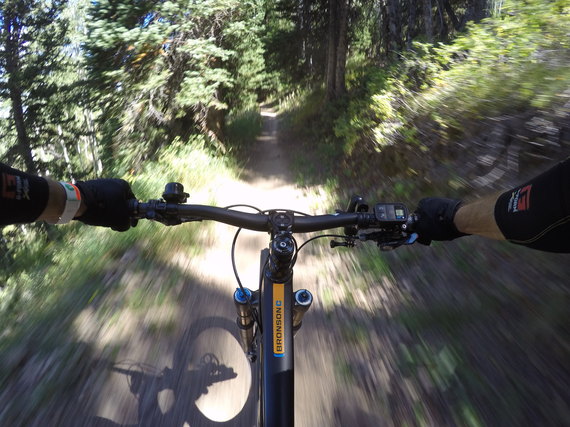 Deer Valley Resort is one of the more posh ski destinations. In many ways it's the Gstaad of the United States i.e. the choice of European royalty when taking US ski holiday. The mountain biking crowd at Deer Valley in the summer is quite different. Let's just say we're slightly less polished. Among the first to embrace lift-served mountain biking and trail building, Deer Valley has made a significant investments over the past couple years to update its 70-mile trail system. In 2015, the resort debuted Tidal Wave, a purpose-built "flow" trail. Designed by Gravity Logic, the company that built its reputation with Whistler's world-renowned bike park, Tidal Wave is built for speed and air. It features more than a dozen table-top jumps, which can be aired or rolled, and every turn has a high berm to maintain your momentum or flow. It's the mountain biking equivalent of a rollercoaster. Tidal Wave is rated intermediate (blue). For the 2016 season, Deer Valley is opening a beginner flow trail (green) called Holy Roller, also designed by Gravity Logic. 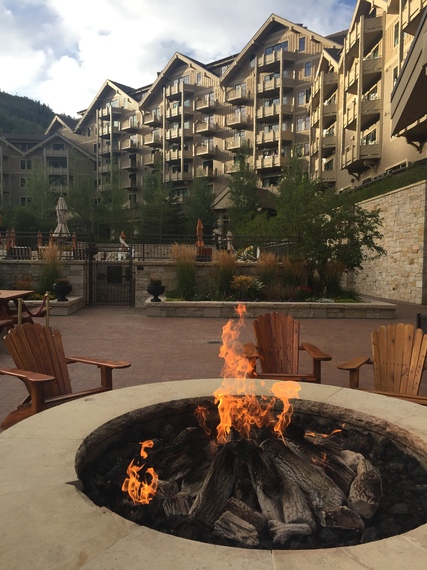 After a warmup at Deer Valley, I show up the next morning to one of the most challenging one-day mountain bike races in the world. The Park City Point-to-Point is 80 miles of singletrack with more than 10,000 feet of climbing. It takes me more than nine-and-a-half hours to complete and is the toughest ride I've ever done. But it enables me to ride some of Park City's classic trails: Ramble On, Lost Prospector, Deer Crest, Team Big Bear, John's 99, CMG, Mid-Mountain, Armstrong, and Goldfinger...to name a few. More than anything else, my knuckles were incapacitated from the 10,000 feet of descending. And I was quite thankful to return to The Montage for my recovery. 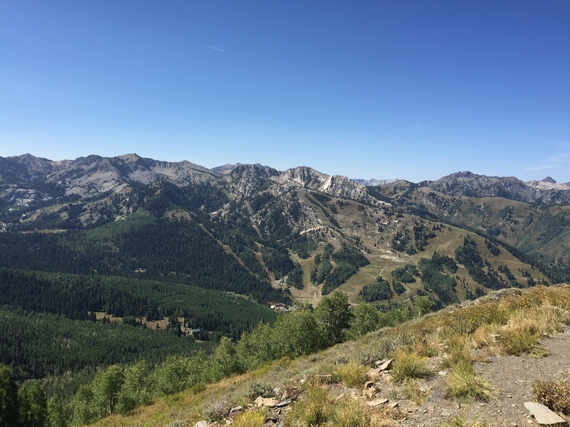 Although this ride was on my schedule, I wasn't sure I'd make it until I woke up the next morning and found I could actually get out of bed. Motivating me was the legendary status of the Wasatch Crest Trail. This is bucket-list material for any mountain biker. Fortunately, it's also a popular shuttle ride, which means we parked at The Canyons Base Area, the ride's terminus, and got a lift up to Guardsman Pass (9,700'). This singeltrack trail features 4,000 feet of descending over 14 miles with 1,000 feet of climbing to keep you honest. Perched on the ridgeline between Park City and Big Cottonwood Canyon, you're treated to epic views of Solitude and Brighton Ski Resorts to the left and Park City Mountain Resort to the right. Although there is an option to descend all the way into Salt Lake City, we stay to the right and end up in The Canyons Bike Park for the final descent. 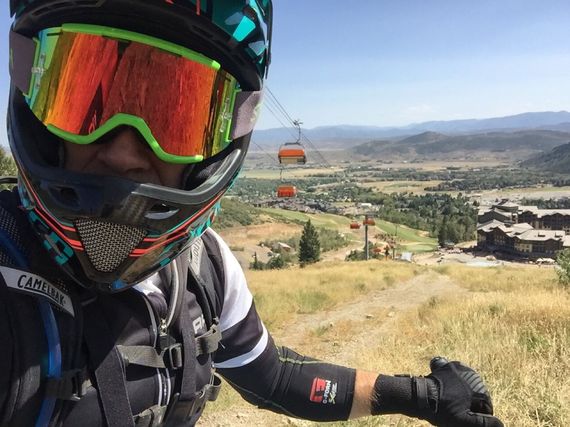 Park City's bike park, located at the Canyons Village and served by the Red Mountain Gondola, is a very focused experience. Virtually all of the bike park trails are designed for modern, bike-park riding with burms, jumps, drops, and man-made features. Indeed, several of the trails in the 20-mile network were designed by Gravity Logic. I found this was an ideal opportunity to hire a guide/instructor, not only to show me around but also to give me tips on getting air and clearing the tabletop jumps. It's amazing how far you can progress in one day with some expert insight.