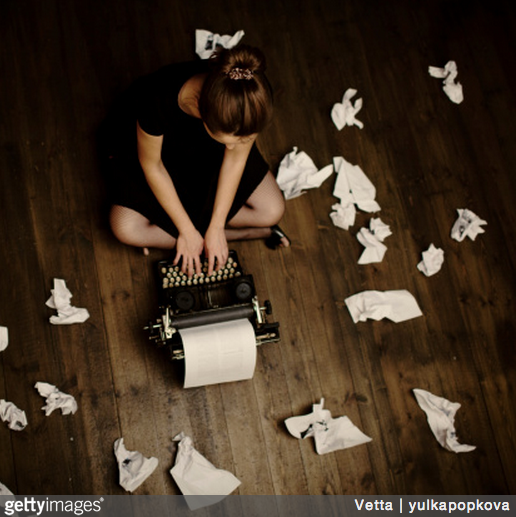 When I was a child I had dreams of becoming a professional writer like the character Joan Wilder (played by Kathleen Turner in Romancing the Stone). Whether in the movies or in my imagination, I romanticized what it was like to be a writer. I read a lot of books, so I not only valued my favorite authors, I worshiped them.

I even majored in English -- what else would a writer major in? And while those of us who have prepared to be writers know the challenges and frustrations of acquiring the skills, the realities of finally joining the occupation can be shocking.

There are hard lessons you learn only after becoming a writer...

1. Writing is something that's needed but not entirely valued. This may be due in part because the people who are doing the contracting (i.e. business people who need to pay for content for their websites, blogs and publications) aren't writers themselves and don't value the craft because they don't have the skills to do so.

2. Bad writers get hired, too -- maybe too much. I believe this is also because the people who do the hiring don't know the difference between great, good, fair and bad writing.

3. You will be overworked and underpaid, and maybe unemployed altogether.

4. You might learn your value the hard way. This might mean accepting a low paying job out of a need for validation or desperation. For me, the hard lesson learned was in compromising my artistic integrity and contracting my own writing, my own ideas, and my own experiences into someone else's brand. This someone could not appreciate my work fully, and it broke my heart to know they were now the owners of a piece of me. I learned the hard way to separate myself from my ghost writing and to use the client's ideas, and when at a loss, use generic stock ideas.

When I became a freelance writer, I was also shocked when I discovered the freelance writing "black market." On freelance sites I learned that writers were being contracted to "rewrite" or plagiarize other pieces of published writing in order to generate fast, cheap content. And while I knew that every occupation under the sun was being outsourced abroad, I never, ever imagined that writing could be. But non-native English speakers in Thailand and Kenya are being contracted to write pages in English on the cheap and then native English speakers are (inexpensively) hired behind them to do the editing.

I remember people saying, offhandedly, that making a living as a writer is hard. But saying it's "hard" doesn't fully express the financial and emotional struggles of the experience.

5. The last thing you learn, only once you're fully entrenched, is that you don't choose to become a writer -- you just are -- and you can't, with honesty, ever pretend to be anything else.