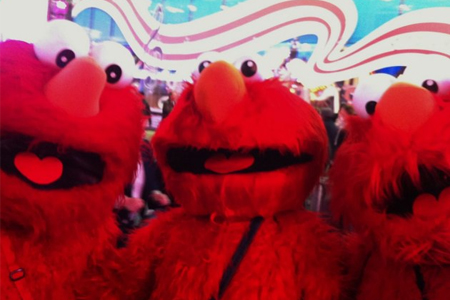 The recent accusations of sexual abuse against Elmo puppeteer Kevin Clash have been tragic for all concerned, especially the alleged teenage victims. But I would be remiss in my obligations as a cultural critic if I didn't take this opportunity to reflect on Elmo himself, who, when it comes to beloved fixtures in children's entertainment, is exceeded in his execrableness only by Woody Woodpecker.

Here are five reasons I hate Elmo. You may well have your own.