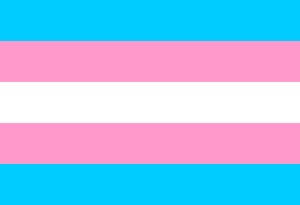 According to "Injustice at Every Turn: A Report of the National Transgender Discrimination Survey" by the National Center for Transgender Equality (NCTE) and the National Gay and Lesbian Task Force, trans and gender-nonconforming respondents experienced:

According to the same report, "19% reported having been refused a home or apartment and 11% reported being evicted because of their gender identity/expression," and "[o]ne-ﬁfth (19%) reported experiencing homelessness at some point in their lives because they were transgender or gender nonconforming."

According to "Injustice at Every Turn," "[f]ifty-three percent (53%) of respondents reported being verbally harassed or disrespected in a place of public accommodation, including hotels, restaurants, buses, airports and government agencies."

According to the Gay, Lesbian and Straight Education Network (GLSEN) report "Harsh Realities: The Experiences of Transgender Youth in Our Nation's Schools":

According to "Injustice at Every Turn":

Denial of health care and multiple barriers to care are commonplace in the lives of transgender and gender non-conforming people. Respondents in our study seeking health care were denied equal treatment in doctor's offices and hospitals (24%), emergency rooms (13%), mental health clinics (11%), by EMTs (5%) and in drug treatment programs (3%). Female-to-male respondents reported higher rates of unequal treatment than male-to-female respondents.

Additionally, "[n]ineteen percent (19%) had been refused treatment by a doctor or other provider
because of their transgender or gender non-conforming status."

As stated in "Injustice at Every Turn":

Possessing accurate and consistent identification documents is essential to basic social and economic functioning in our country. Access to employment, housing, health care and travel all can hinge on having appropriate documentation. Yet, for many of the respondents, obtaining identity documents that match their gender is a major hurdle.

Moreover, "only one-fifth (21%) have been able to update all of their IDs and records with their new gender. One-third (33%) of those who had transitioned had updated none of their IDs/records." Finally, "[o]nly 59% reported updating the gender on their driver's license/state ID," the primary identification document for most Americans.

[A]s a transgender veteran, and an advocate for lesbian, gay, bisexual and transgender (LGBT) service members, veterans and their families, the changes that Secretary Panetta brought about in his last days in office have left me emboldened. Here's why: As the combat exclusion for women comes to an end and open service for gay, lesbian and bisexual Americans edges closer to truly equal service, it becomes more and more obvious that there is no longer any rational basis on which to bar qualified transgender people from serving in our armed forces.

At the heart of the combat exclusion rule were two assumptions that were accepted uncritically, if not quite universally, for decades. The first was that women are somehow, by our nature, "unfit" for close combat. The valorous service of America's women veterans of Iraq and Afghanistan, asymmetric battlefields where the "front line" is everywhere and every trooper faces the risk of close combat every day, put the lie to that. So too did the military's uncanny ability to find ways to circumvent the rules as it became apparent they were no longer working in the field. Today there are few more effective ways to reveal oneself to be an armchair general, out of touch with the reality of modern war, than by saying that women don't have what it takes to hang on the battlefield.

The second assumption underlying the combat exclusion was that the differences between men and women (real or, just as frequently, the product of sexist imagination) could not be accommodated under battlefield conditions without compromising the war-fighting effectiveness of the force. Steady advances in combat service support technology, techniques and procedures rendered all serious objections in this category obsolete long ago. (I refuse even to honor with a response those objections based not on quantifiable differences in the sexes but on chauvinist notions of a need to protect women, or to protect men from women.)

With the stroke of a pen, Secretary Panetta consigned these two assumptions to the dustbin of history, where, along with military racial segregation and "don't ask, don't tell" (DADT), they can serve as embarrassing reminders of how easy it is to justify our prejudices in the name of security. However, it will be up to his successors to take the next logical step: the exorcism from DOD regulations of what is today a blanket, no-exceptions-allowed exclusion of all transgender people from service. Such a move is absolutely appropriate today, because the bottom line is this: If "valor knows no gender," as President Obama said when the combat exclusion rule fell, and if men and women really can be accommodated simultaneously under close combat conditions without a negative impact on war-fighting ability, then there is no reason other than prejudice for the transgender exclusion to remain.

Robinson said it better than I ever could.

We could add an eighth goal of trans activism as well, which would be marriage equality, but that's a blog post for another day.