by Sherry Amatenstein, LCSW for BRIDES 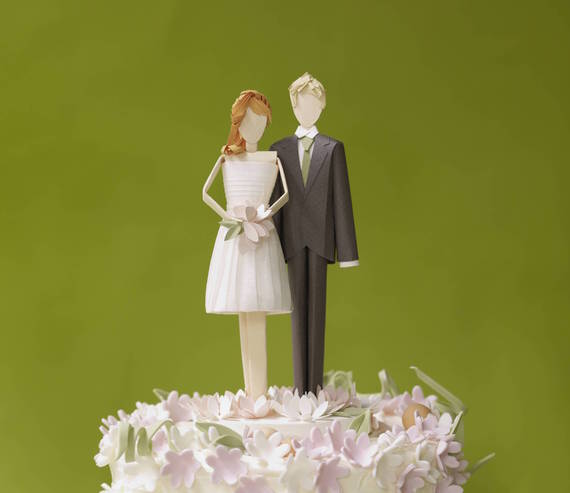 For a few unlucky women, someone actually did decide to object to the ceremony rather than hold his or her peace. Read the stories from real brides below!

"The moment before the priest was about to pronounce us man and wife a voice rang out: 'I object.' There were gasps and titters and my heart dropped. It was one of the groomsmen making a bad joke!" --Sara

"Does it count that I nearly objected to my own wedding? I had severe doubts, not to mention stomach cramps, while walking up the aisle. But I felt it was too late to do anything about it at that point, so I grinned and went through with something I felt was wrong. Ten months later I was divorced and now I'm gloriously married to my second husband." --Kim

"A cat came up during our outdoor ceremony and deposited a dead mouse at my feet. I guess it was a wedding gift." --Tina

"A black cat walked up the white aisle runner to us and sat down between my about-to-be husband and me. We chose to think that was auspicious... Since we just celebrated our fifth anniversary, I guess it was!" --Rachel

"My mother-in-law has never liked me so at that sensitive moment she chose to clear her throat very loudly. Not once. Not twice. Three times. We did our best to ignore it and went on with the ceremony." --Debi

"My mother objected, wailing, 'You're too young to get married!' What she was really objecting to was the groom. Most of the guests thought she was being a typical Irish mother -- at 32, I was still too young to wed. The truth was my parents were unhappy that my husband was divorced and less educated than me -- despite his superior intelligence. Not only did she object, she wore black and was escorted by my ex-fiancé -- the man she wished I'd marry! Even after 38 years of a happy marriage my husband can do a perfect imitation of my mother's wedding outburst -- which always makes me feel, at once, embarrassed, angry and sad." --Kathy

"No one objected, but at just the wrong moment a loud ringtone went off with a hazard/warning alarm and made me jump sky high!" --Megan

"It's embarrassing to admit but my grandmother still doesn't 'get' gay weddings. So she objected when my girlfriend and I got married last year. We sighed but got married. She still kissed us both at the reception." --Amy

"We had a lakeside wedding. Just as we were being pronounced man and wife a nearby water skier cracked the whip as close as he dared, yelling, 'Don't do it!' Everyone cracked up laughing!" --Eve

45 Fascinating Wedding Traditions From Around The World

20 Ways to Throw The Best Wedding EVER

More:
ceremonyweddingsguestsbrides Wedding Guests
Newsletter Sign Up
The Morning Email
Wake up to the day's most important news.
Successfully Subscribed!
Realness delivered to your inbox