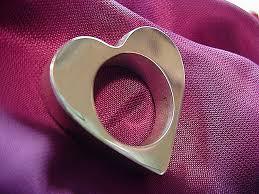 I'm not going to win any popularity awards in the Divorce section for this post, but that's ok. I am reaching out to anyone sitting on the "Should-I-Stay-Or-Should-Go-Fence." I want to give you some food for thought.

Although I'm the author of the best-selling book, Divorce Busting, and a therapist working with couples on the brink for three decades, I write this post from a personal perspective; I'm an adult child of divorce.

I grew up in an East coast version of the Walton family. I had two parents who loved me endlessly, two parents who never, ever fought, two great brothers, a large extended family with whom we spent weekends and holidays. I was a good student with lots of friends. I have lots of warm memories of family vacations and good times together. Life was good.

Then one day, I was 16 years-old and a senior in high school, my mother called us all in for an impromptu family meeting where she announced that she had been miserable in her 23 year-old marriage and that she was getting a divorce.

My mother mentioned that she had been to a therapist who assured her that the path to happiness would lie in leaving my father and "finding herself," something people did a lot of back in the late sixties. Now I wanted to "find the therapist."

To say that this was devastating news would be an understatement. Remember, my parents never fought, so no one saw this coming. I felt the blood rushing from my body. But despite my brothers' and my vehement protests, I quickly learned that children have no veto power when it comes to divorce.

And so, my parents' marriage ended. I was leaving home for college and my nest fell apart.

I always knew that divorce ends marriages, but what I didn't know, was the way in which it would dissolve my family. Apparently, unbeknownst to me (I was only a kid), my mother had been the hub of the family wheel and when she divorced, she resigned from that position and no one stepped up to take over.

Our extended family was never the same.

This is not to say that one divorce leads to another through the generations (although this is often the case); it simply means that there are constant reminders throughout one's lifetime about the fissure in your family- when babies are born, birthdays, holidays, weddings, funerals- they're all bittersweet.

There is the ever-present discomfort of broken relationships, dreams and plans.

And even though my mom insisted that divorce would be her salvation, I'm not sure that it actually turned out that way. Although she ended up creating a fabulous career where she travelled internationally, she never found love again and had two sons who spent years barely speaking to her.

Part of the problem with divorce, is that it is impossible to accurately predict the fallout.

I can't help but wonder if that therapist's advice- "Go find yourself"- truly improved the quality of my mother's life in the end. Additionally, I feel fairly certain that, with effective help, my mother could have evolved personally without sacrificing her marriage -and family- in the process.

Now before you think I'm emotionally stunted, hear this. Many children of divorce have holes in their hearts even if they move on in life and are extremely successful. They don't necessarily talk about it, but the void is there. The only real exception is when their parents' marriages are truly abusive.

Boring, irritating or even love-lite ones can be fixed.

So, if you're sitting on the fence about divorce, give yourself and your kids a gift for a lifetime. Fix your marriage.