"Rangers Lead the Way!" As a proud Marine who deployed in Iraq, Africa and elsewhere with Rangers, I can't tell you how annoying it was to hear that motto shouted constantly. As a matter of principle, I forcefully disagreed -- frequently returning catchphrases in kind and insisting that Marines are the "First to Fight" and the "Tip of the Spear".

Friendly rivalry aside, today I am ready to acknowledge they are right.

This week, two women will graduate from one of the toughest military courses on the planet -- U.S. Army Ranger School -- for the first time ever. Nineteen women were given a chance to complete Ranger School this session; two made it to the end. It is clear that when given the opportunity, the most qualified women can perform on par or better than men. I am proud to say today that these two women earned my eternal respect and full acknowledgement that "Rangers Lead the Way." 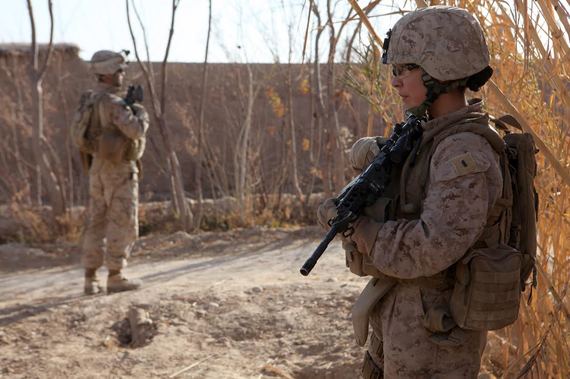 Anyone who meets the physical and mental requirements should be allowed to serve in the armed forces -- with no exceptions. On January 1st of next year, the Department of Defense (DoD) will have the chance to formally agree. While the DoD has already lifted the official ban on women serving in combat positions, they are giving each branch until the start of 2016 to request exemptions for certain jobs and units. It is time for each job in our military to have one high standard for all to pass or fail based on nothing but ability.

I have seen first hand the destructive nature of the policy of exclusion. I served as a Human Intelligence/Counterintelligence Specialist in multiple deployments, including the Sunni Triangle region of Iraq in 2004. My job was designated a "combat arms" position, meaning that women were excluded. In addition to being arbitrary and unfair, this policy was downright harmful to our ability to safely accomplish the mission. In Iraq, there were countless places that I couldn't go as a man. Over half the population were basically off limits for men to engage. Often you could tell women wanted to provide information about terrorist and potential threats to their community and family, but culturally could not meet in private with a man. It would have been incredibly helpful to have women in our roles and by our sides, leading in intelligence collection and combat operations.

In a speech calling for the end of the discriminatory "Don't Ask Don't Tell" policy on the floor of the California State Assembly in 2009, I argued that "Any American that has...core values of honor, courage, and commitment and a willingness to give their life for their country should be able to serve openly and honorably." This statement is as true today for women in combat roles as it was for members of the LGBT community five years ago. 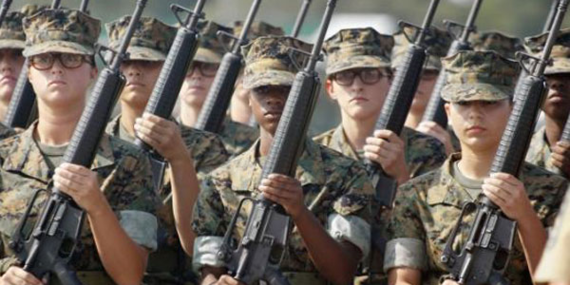 The dire predictions of disruption to the military force we heard about the end of "Don't Ask Don't Tell" are being recirculated about women in combat. However, the implementation of the repeal of Don't Ask Don't Tell was carried out without incident.

The members of the military have a long history of embracing change and understanding the value of a person is based in their courage and character and not their sexual orientation, race or gender. It is worth noting that the military integrated 16 years before the Civil Rights Act. They have continued to lead on equality regarding sexual orientation and are rapidly getting there on gender. As a veteran, I take great pride in the leadership role the U.S. military has played in pushing positive societal change over the years. This week's graduation of two women from Ranger school is another chapter in a proud history.

By graduating two indisputably qualified women from Ranger School, the U.S. military is once again leading the way to ensure that the service of all those willing to earn even the toughest positions are counted -- no exceptions. On Friday afternoon when the prestigious Ranger tab is awarded to these two women, it is this Marine's opinion that the entire country should take a moment to pause and acknowledge in so many ways that "Rangers Lead the Way!"