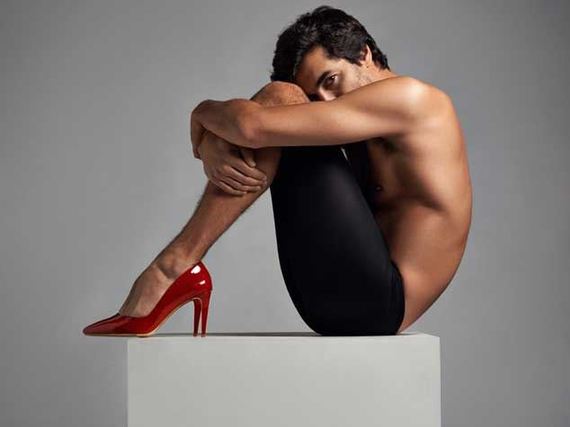 
To really understand someone, the saying goes, you must walk a mile in their shoes. Maxima, Portugal's leading women's fashion magazine is encouraging men to do just that with a powerful new exhibition titled "100 Homens Sem Prenceitos: Um Passo Pela Igualidade" (100 Men without Prejudices: A Step for Equality).

To mark International Women's Day, Editor-in-Chief Sofia Lucas commissioned fashion photographer Branislav Šimončik to capture one hundred of the country's leading men - such as Michelin-starred chef José Avillez, film director Ruben Alves, designer Nuno Baltazar and basketball star Tomás Barroso - posing in towering Luís Onofre heels to raise awareness of women's rights and money for breast cancer research. Some of the images were published in issues during the course of last year and now all appear together at Lisbon's Centro Cultural de Belém as well as in a glossy coffee table book.

Fashion brands and fashion media of course are no strangers to championing women's issues. In 2013, Gucci founded Chime for Change, promoting education, health and justice for girls and women worldwide. This year, Vogue joined the global "Not There" campaign, which saw women cut from famous images like the Mona Lisa, fashion photographs and magazine covers, leaving a gaping void. Diane von Furstenberg established the DVF Awards in 2010 to honor women leaders, entrepreneurs and activists.

But as International Women's Day grows in popularity, it follows Christmas, Valentine's Day and Thanksgiving in shedding its original purpose to become yet another sales and marketing opportunity.

Net-A-Porter offered an exclusive cashmere sweater designed for the occasion with a circle of pink hearts and stars. While Luxury Daily described the design as "symbolic and empowering" it seems more to play into gender stereotypes. Rather than sharing the proceeds with a charity it is hoped that the sweater will "encourage participation in other charitable promotions."

Luxury shoe brand Jimmy Choo joined the vast roster of brands content to keep their commemoration to social media. Their choice of image - a Photoshopped and overtly sexual product crotch shot - wishing customers a Happy International Women's Day makes one wonder if they know what the day is actually about. 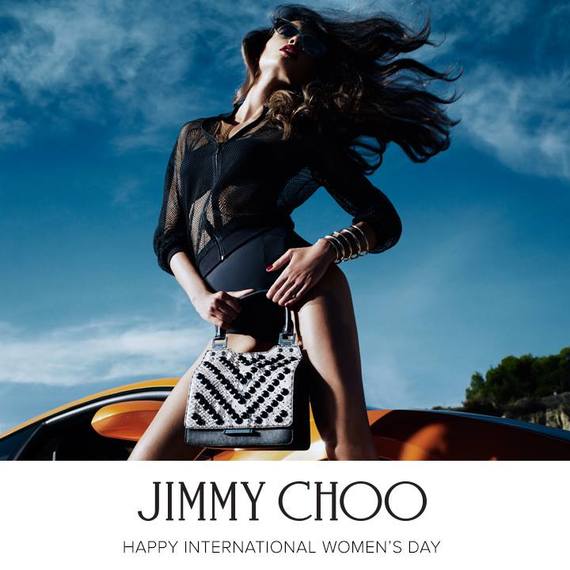 
It is to celebrate women to be sure - one mustn't be too dour about these things - and there are many ways of doing so. But there are certainly options more in keeping with the spirit of the day than pushing clichés and gift-giving while ignoring the plight of women the rest of the year.

Despite the progress of the last century in developed countries, women the world over still face wildly unequal opportunities and restrictions on sovereignty over their lives and even their bodies. Arguably, fashion advertisers and magazines like Vogue and Maxima could do even more. For starters, the manipulation of photographs and the perpetuation of unrealistic notion about female beauty are the modern day equivalent of Victorian corsets, keeping women's validation subject to male-centered approval.

And yet this is where Maxima's initiative is most interesting. In a close-knit and relatively conservative Latin country, where machismo is still in evidence and women work hard to safeguard their reputations, Maxima has asked men to physically and metaphorically put themselves in women's shoes. After all, the fight for women's rights begins with men.

And the resulting images are both thought provoking and oddly seductive, studiously avoiding the campiness of drag. Besides the familiar role reversal and objectification, they reveal a new kind of man: one masculine enough to show his solidarity with women.

There are even several pairs of man-sized, red, stiletto pumps available for those brave enough to teeter in them through the exhibition. No real man could possibly refuse.