It was about to be an eventful night. 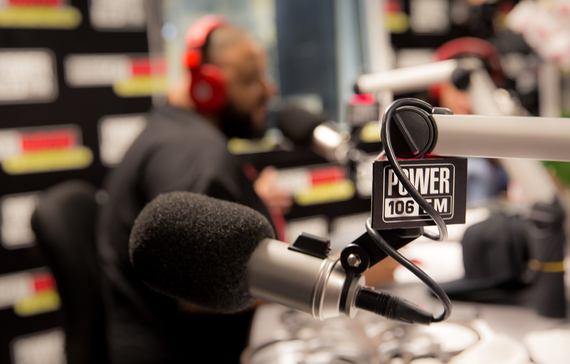 The big question is: what does DJ Khaled do? Despite what his Snapchat clips will have you think, the 40 year old Miami native does far more than just water flowers. Khaled Mohamed Khaled, better known as DJ Khaled, is an artist, producer, restaurant owner, radio show host and record label executive.

And a good one at that. His record label, We The Best Music Group, just celebrated its ten year anniversary. His restaurant Finga Licking just opened up a second location in Miami last year and the man has eight studio albums under his belt, plus movie and book projects in the works too. When it comes to DJ Khaled, it's deeper than flowers.

Which is why his routine radio interview turned out to be so much more. 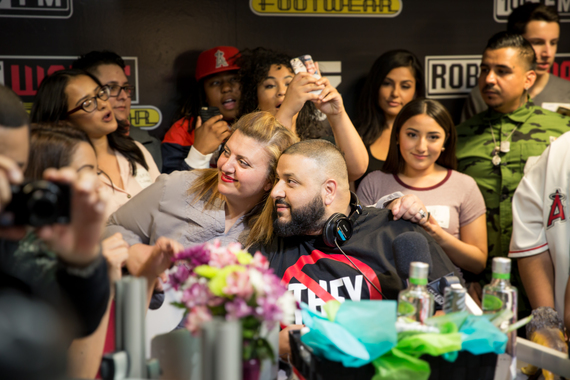 Packed into the studio was DJ Khaled, J Cruz, host of Power 106's The Cruz Show, Krystal Bee, Todd the Hater and dozens of "fan luv", the term Khaled calls his fans. One even had giant emoji keys, a symbol of Khaled's famous Snapchat "keys to success." It's a phrase he coined to describe his tidbits of pithy life advice. As soon as Khaled walked in fan luv erupted with excitement. Fans love Khaled for his success and positivity.

But his success has not been without sacrifice. 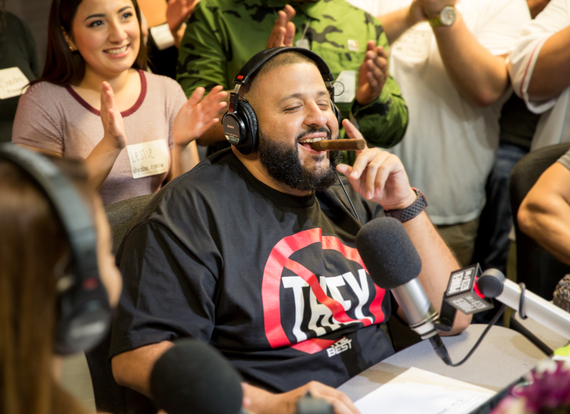 "I remember KRS One saying in a speech that every successful person you know, if you know their story and the timeline of their story, you might not want to go through what they went through to get to where they're at," he said.

"It's been twenty five years of blood, sweat and tears. Twenty five years of gambles. Sometimes I would sacrifice my mortgage on my house just to make sure I could accomplish things to the next level." he said. "I started in a garage with two turntables and a drum machine. To come from there to where I'm at now [...] it's crazy."

"You know, one time, somebody who was -- and still is -- my friend looked me right in the eyes and said, "You'll never have your own station." I never took it as a diss. I sucked it in and started my own mix show and told myself I'd my make that mix show bigger than the show. And that's what I did. Now we on Apple Radio," he said. Given the setbacks he's overcome, Khaled is big on positivity and success.

But not just his own.

He's just as passionate about inspiring others to find success and happiness in their own lives. After the morning show segment Khaled spent some time with kids from a nearby community to discuss their goals. The kids shared their ambitions with the internet phenom. 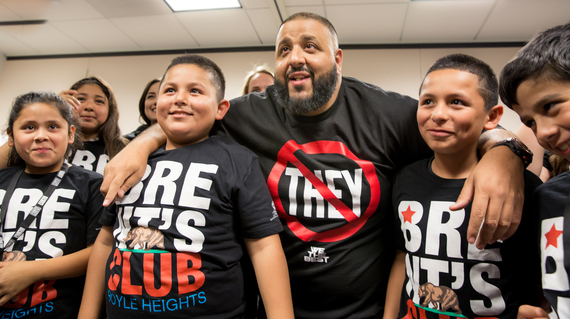 Two said they wanted to become doctors. One boy wanted to be a musician. One young girl wanted to become an FBI agent and another young boy expressed interest in basketball. Khaled said he would make sure the boy got tickets to the next LA Clippers game. Although their time together was brief, it was clear that he made a lasting impression.

After the fans and kids went home, Khaled wrapped up a live segment with Eric DLux & Justin Credible before heading out. It was almost 10 o'clock. After saying our goodbyes to the great folks at Power 106, Khaled and I made our way to the parking lot below. As we made our way down in the elevator, I asked Khaled for some parting words of wisdom for other aspiring moguls.

"We can do anything we want to do if we work hard and stay out of trouble. The key is to stay focused. The key is to embrace your blessings. The key is to give thanks at all times, never surrender and never give up... oh, and stay away from They!"

Brian Roberts is a writer, entrepreneur and guest lecturer from New Jersey. Alex Ratajczyk is a professional photographer living in New York City. Special thanks to E-Man, Jeff G, J Cruz and the entire Power 106 FM staff for making this story possible. For more stories follow Brian on Instagram here or subscribe to his email newsletter here