In "Abraham Lincoln: Vampire Hunter," screenwriter Seth Grahame-Smith and director Timur Bekmambetov set out to make a genre film that was rooted in both Gothic literature and historical accuracy. As such, the pair re-imagine the Civil War as a struggle between the living and the undead, with Abraham Lincoln acting as America's chief vampire hunter.

While it may sound like the plot of a campy B-movie, Bekmambetov took the ridiculous concept seriously. Of course, that may have something to do with the fact that he actually believes in the existence of vampires. Even the film's star, Benjamin Walker, who plays the 16th President of the United States from age 19 to 56, caught on to the director's vampire fixation.

"I think Timur really believes that there are vampires walking among us," Walker joked to The Huffington Post. To be fair, Walker admitted that he may have a similar obsession with U.S. presidents -- he previously played Andrew Jackson in the rock musical "Bloody Bloody Andrew Jackson."

"It is funny that I keep playing weird interpretations of presidents," Walker said, before adding, "But I'm okay with that."

However, when it comes to Bekmambetov's idea of a vampire, fangs and immortality aren't necessary. "It's a metapor," he told The Huffington Post. "In real history, there were vampires. They weren't genre characters, but they were blood-suckers. They were using other people as a source [for their own lives]."

Some of these blood-suckers, according to Bekmambetov, are still walking among us, and as we approach a contested presidential election, they might start to rear their metaphorical fangs.

"Some politicians are vampires," he said. "I don't thing these things have changed since Lincoln's time."

Check out these photos from the film: 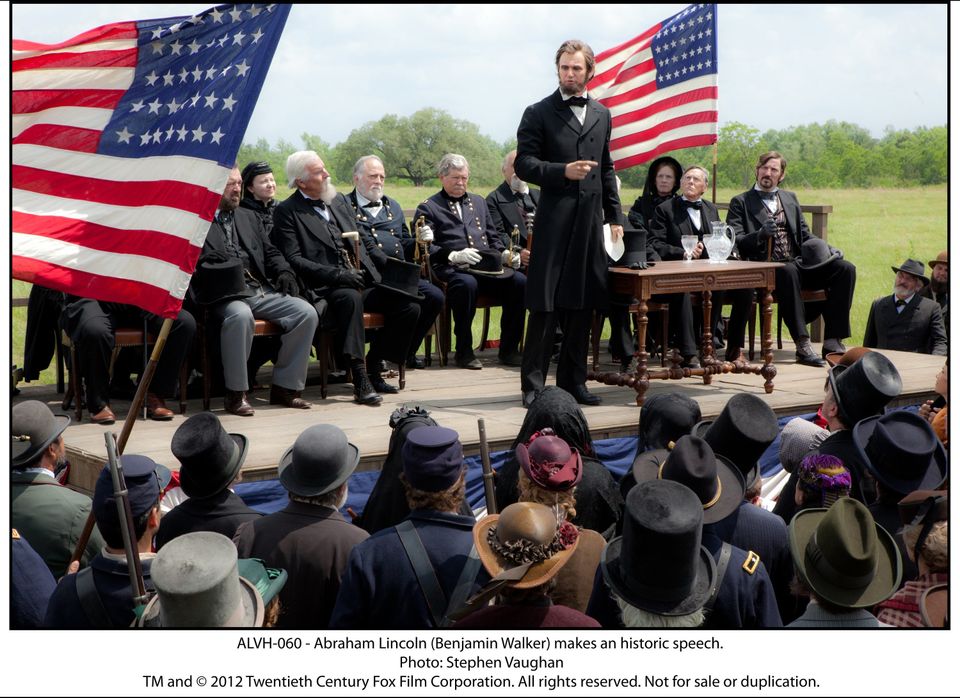