ACT Theatre recently premiered Bloomsday, a play in which a couple who once met in Dublin dances through time and space to reunite and reconnect while asking the "what if" question that plagues so many of us at some point in our lives. The story centers around Robert and Caithleen who crossed paths in their youth when he was visiting Dublin and she was leading James Joyce tours through the city. 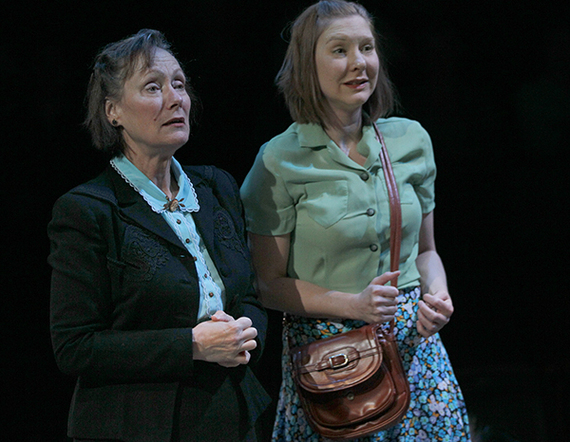 What's truly masterful is how these two characters encounter and interact with younger versions of themselves as Robbie and Cait. The four actors brilliantly portraying these two people move in and out of timeframes in what might sound like a confusing series of events, but the script weaves everything together in a way that keeps the audience thoroughly involved and emotionally engaged from start to finish.

"Set in Dublin against the backdrop of James Joyce's Ulysses, Bloomsday follows a man in search of the woman who captured his heart 30 years earlier. Weaving in and out of time, we witness the very separate paths their lives have taken. Told with humor, wit, and heartache, this buoyant and moving new play brings the power and importance of living in the present into the light."

And this production really does leave the audience inspired to appreciate the present moment and the importance of making connections of the heart when those special moments appear. The show is about taking action (or not), and it poses the "what if" question over and over.

All in all, Bloomsday is a wonderfully vibrant production, staged with a great simplicity that leaves the audience with a deep sense of having witnessed something of their own lives in the characters. It continues at ACT through October 11.