Surfers from all over the world arrived in San Diego on Thursday to participate in the first World Adaptive Surfing Championship.

For Mike Coots, a competitor from Hawaii, the most interesting part about meeting his competition was watching the unique way each person puts on their prosthetic limbs or the way they ride their modified surfboards.

"The human body is very resilient and it adapts very well," Coots, who wears a prosthetic leg, said. "It's cool to see those adaptations in the water."

Coots, who lost a portion of his right leg during a shark attack, is competing against surfers with physical disabilities from 18 different countries. The contest is being held by the International Surfing Association and Challenged Athletes Foundation

"This is history in the making," Fernando Aguerre, ISA president, said during the championship's opening ceremony on Thursday. Many of the international surfers had to raise their own money -- some even had to sell their cars, according to Aguerre -- to travel out to the competition.

"I know many of [the athletes] and I've surfed with some of them," Aguerre told HuffPost. "For them, this is the best thing that's ever happened because they have overcome a lot of challenges and, on top of that, surfing's a very challenging sport."

Since surfers with a range of physical disabilities are competing, the competitors are divided into four groups: those who can ride standing upright; those who surf in a seated or kneeling position; "prone" surfers who ride their boards while laying down; and "assist" surfers who need additional help getting to the waves and onto the board.

While Coots is focused on winning, he says he also sees this event as an opportunity to learn from other adaptive athletes.

"In Hawaii, we don't see many people walking around with a prosthetic, let alone surfing with one," Coots told HuffPost. "You can try to look on the Internet to see how other people [surf with prosthetics], but to actually see things up close and ask questions ... it's really neat. Everybody here has their own way of doing things."

Still, the spirit of competition is definitely there.

"You can tell everybody is sizing everyone else up," Coots said. "It's an exciting time to show really what the human body can do."

Below, meet some of the athletes who are making adaptive surfing history and watch the contest live on Friday and Sunday here.

On February 19th, 2011, Eric Dargent was attacked by a shark in his home of Reunion Island, which resulted in a mid-thigh amputation of his left leg. Having come close to death, Eric has made it his goal to live life to the fullest. His determination has paid off as he will represent France at the 2015 ISA World Adaptive Surfing Championship Presented by @cafoundation, @hurley, @stancesocks and the City of San Diego. #ISAworlds #TeamCAF #InspiredSurfers @fernandoaguerre

When Dries Millard was 18 years old, he was in a car accident that left him a paraplegic. Fearing he would never surf again, Dries discovered adaptive surfing and has made it his mission to raise awareness and introduce the sport to other regions of South Africa. As his first time leaving the African continent, Dries will travel to California to compete in the inaugural ISA World Adaptive Surfing Championship presented by @cafoundation, @hurley, @stancesocks and the City of San Diego. #ISAworlds #TeamCAF #InspiredSurfers @fernandoaguerre

Ismael Guilliorit @guilliorit will be the first athlete to represent Norway in an ISA World Championship with Norway's recent inclusion as the 97th Member Federation of the ISA. Ismael will represent his country at the 2015 ISA World Adaptive Surfing Championship Presented by @cafoundation, @hurley, @stancesocks and the City of San Diego. #ISAworlds #TeamCAF #InspiredSurfers @fernandoaguerre

Ismael Araya was involved in a motorcycle accident that rendered him unable to walk. As a life-long surfer, Ismael adapted to his new challenges and kept surfing. He says in the water he is "like a fish," with no limits. Ismael will represent Costa Rica in the inaugural ISA World Adaptive Surfing Championship presented by @cafoundation, @hurley, @stancesocks and the City of San Diego. 📷: Rafael Murillo #ISAworlds #TeamCAF #InspiredSurfers @fernandoaguerre

See photos from Day 1 of the ISA's Adaptive Surf Clinic, below: 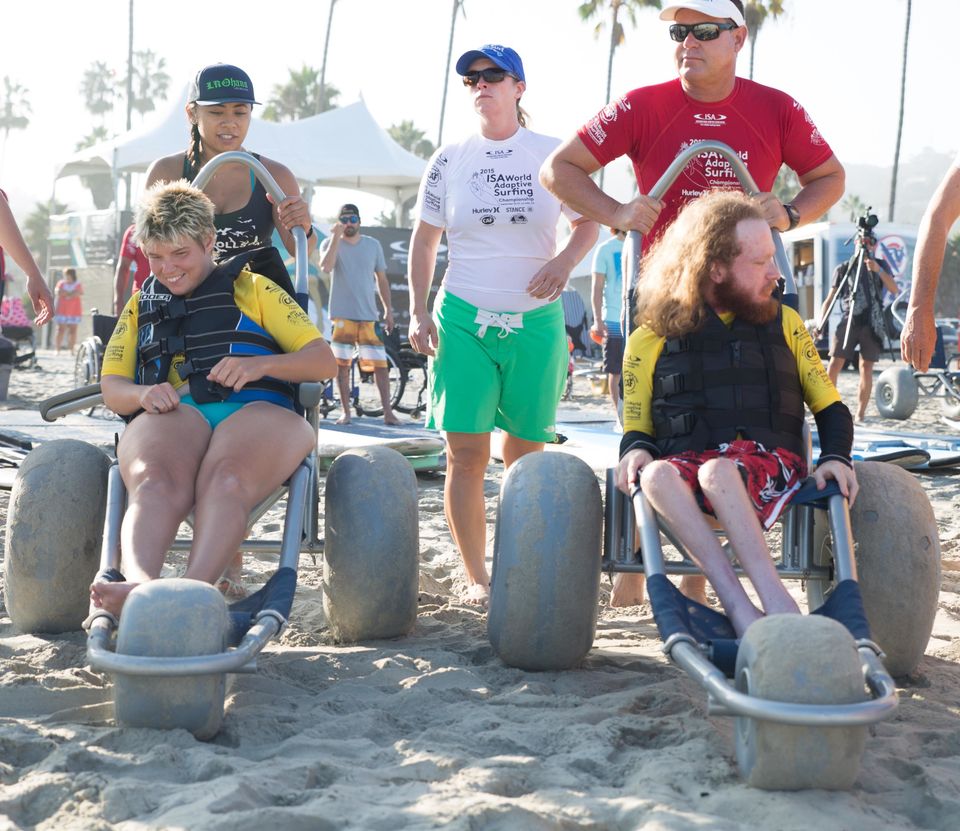