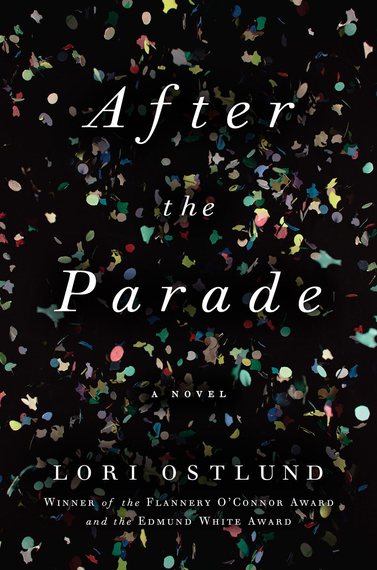 In After The Parade, a new novel from Lori Ostlund, Aaron, an English as a Second Language teacher leaves behind his partner and the home they shared to make his way to California to begin anew. Ostlund beautifully weaves us through past and present as Aaron grapples with the events of his life and their unfolding ramifications. Ostlund spoke to me about the hero's quest, kindness and the power of teaching.

Aaron's journey reminds me of a hero's quest. What do you think he needs to learn along the way?

Aaron needs to learn a lot of things: how to be alone, first of all. As the book starts, he is just leaving Walter, his partner of twenty years, because he no longer loves him. As is often the case when you push yourself to confront one thing, it gives way to an avalanche of other issues, and this is the case with Aaron also. After he leaves Walter in Albuquerque and arrives in San Francisco, he realizes that he needs to confront his childhood, specifically the mystery of his mother's disappearance many years earlier. I won't say that he needs to make peace with it because I tend to believe that the past is something that you have to keep making peace with. Near the end of the book, Aaron wonders whether talking about the past allows you to clarify it so that you can move on, or whether talking just continues pulling you backwards, which is probably how I (a pragmatic Midwesterner at heart) view such things also. 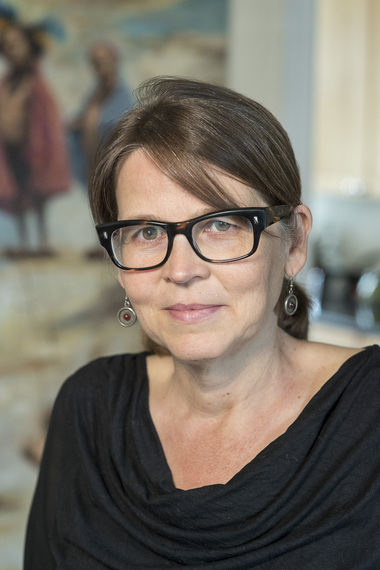 The kindness of others is a motif that runs strongly throughout this book from starting with Aaron's relationship to Walter. What do you hope After the Parade says about helping others?

For seven years, my partner and I owned a small furniture store, and during this time, I met many people who were desperately lonely, who came in and spent hours in our store, talking and confessing things that shocked me--shocked me not because I considered the details themselves shocking but because I was a stranger receiving these most intimate of stories. After the Parade is, among other things, about deep loneliness. Aaron is lonely, and he befriends others who are also lonely. Some of these people have been turned misanthropic by loneliness while others have been left kind but vulnerable. Though I was not necessarily considering a message when I wrote the book, I would be happy to know that the book allowed readers to consider the loneliness all around them or encouraged them to listen to a stranger's story. Aside from food and shelter, I think that what most of us crave is to have our stories listened to by others.

At one point, Aaron's mother says, "You can't make other people happy. It's silly to try." Where do you come down in this debate?

Within the context of the book, Aaron's mother tells him this when he is around twelve and struggling to understand her unhappiness, believing that he is partly responsible for it. Though his mother has reached the point where her own unhappiness makes her nearly incapable of thinking about others, I consider this moment, this comment, an act of kindness of her part: she is releasing him from his responsibility to her, even if he does not understand that. In terms of how I view the debate, I believe that you ultimately cannot make other people happy, yet I also believe, strongly, that you should always try to do so, both with friends and strangers. That is, we should always act with the goal of making others happier, even though that goal is not within our control.

Some writers see the scenes unfold in their mind's eyes, others hear the dialogue like an overhead conversation, some plot and outline carefully like architects--how does your muse appear?

Most often, a new work begins because I find myself inside a character's head. This was the case with After the Parade, which I wrote over the course of nearly 15 years: early on, I wrote only childhood sections, nearly 400 pages of childhood scenes, until I realized that Aaron needed to grow up, become an adult. It was then that I decided that the book would begin with him, at forty-one, leaving his partner of twenty years. I am definitely not a plotter or outliner. My characters take shape as I write, and as they take shape, they begin to act in certain ways, and this is what determines the plot. When I spent the summer of 2013 in my dungeon (my windowless garage office) piecing this book together, I still did not know how I would wrap up some of the bigger plot questions, namely what had happened to Aaron's mother when she disappeared or how the book would end. These were questions that could only be resolved once I'd written much of the book and understood these characters.

In your acknowledgements, you think your students for making you feel hopeful and useful. What role does teaching and mentors play in your life? In your writing process?

One of the things that I love about teaching is that it allows me to step outside my own concerns and focus on my students. I like their enthusiasm and hopefulness because, as I said in my acknowledgments, it is hopefulness that allows me to write. I also like to feel useful, and when I teach, I generally do. Finally, I like having a period each day when I set my writing aside. This is particularly welcome when things are not going well.

At the end of the day, I don't like to talk about my writing too much or discuss it with others. When After the Parade went to my agent, the only other person who had seen it was my partner, Anne. In 2008, when my story collection, The Bigness of the World, was selected for the Flannery O'Connor Award, Anne was the only other writer I really knew. I also knew little about publishing, but I quickly learned that writers were a very helpful and generous lot. This didn't surprise me, but it was a wonderful discovery, nonetheless. This is one of the reasons that I got involved with the AWP Writer to Writer Mentorship Program, which I am putting in a plug for right here.