Customs officials at Miami International Airport made a strange discovery while patting down an elderly Miami man returning from Havana.

He had concealed the birds in hidden pockets as well as in plastic containers stuffed in his trousers, according to the Federal Attorney for the Southern District of Florida.

Before the pat down, Gonzalez denied carrying any wildlife on his declaration card as well as when asked by customs officers. Once the birds were discovered, he admitted to his plans of selling the small birds once back in the U.S.

He faces a possible maximum sentence of up to 20 years in prison, to be followed by up to 3 years of supervised release, and a fine of up to $250,000.

Wildlife must be declared so that United States Fish and Wildlife Service and the United States Customs and Border Protection can decide whether to quarantine the species to ward off spread of disease.

According to the U.S. Department of Agriculture, Cuba is considered a high-risk source country for high pathogenic avian influenza and exotic Newcastle’s disease.

Other strange smuggling cases at MIA include human fetuses found in luggage and 30 pounds of cocaine hidden in cake mix boxes.

Alberto Diaz Gonzalez, Miami Man, Smuggled 16 Birds In His Pants At Miami International Airport
The 10 Most Innovative Smuggling Schemes Foiled by the Feds 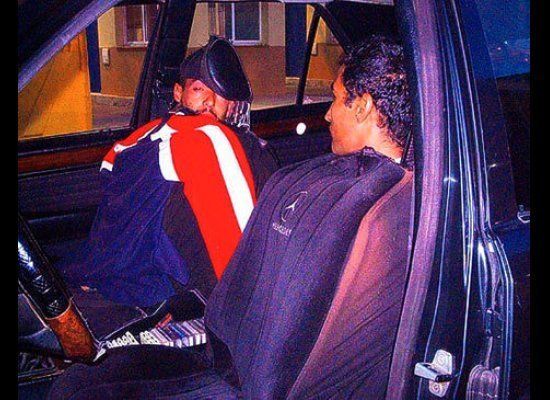 1 / 10
Illegal aliens sewn into car seats
<a href="http://www.dailymail.co.uk/news/article-504994/The-immigrants-stuffed-car-seats-bonnets-trying-Europe.html" target="_hplink"><em>(Balkans checkpoint, 2007)</em></a> Note: During inspection, if you are disguised as the passenger seat, don't say <em>gesundheit</em> when the driver's seat sneezes.