A British tourist snapping photos on Alcatraz claims to have captured the image of a ghost, complete with hair and clothing from a bygone era.

"I knew straight away that the woman in the photo was a ghost," Sheila Sillery-Walsh, 48, told the Daily Mail. "From that point onwards, I wasn't interested in the Alcatraz tour anymore. I just kept looking at the picture over and over again!"

Sillery-Walsh, a teaching assistant from the UK, took the image with her iPhone. She quickly showed it to her partner, Paul Rice.

"I have no logical explanation for the girl in the picture -- I'm baffled by her! It's funny because she's staring right at the camera, with a knowing look," Rice told the newspaper. "I was really skeptical about ghosts before but I'm a bit more of a believer now. I do think that the woman in the photo is a ghost."

Alcatraz, an island in San Francisco Bay, was a notorious federal prison from 1934 until 1963. Today, it's part of the Golden Gate National Recreation Area and managed by the National Park Service.

Alcatraz is a popular tourist destination in San Francisco, especially for fans of the paranormal. The park is open for night tours, and was even featured in an episode of the SyFy television show, "Ghost Hunters."

Park officials, however, say there are no ghosts on the island.

"Spiritualists and people who want to believe in ghosts often claim to pick up haunted auras and ghostly feelings when visiting Alcatraz," reads a FAQ on the website of Alcatraz Cruises, which provides ferry service to the island. "However, there are no authenticated cases of ghost sightings by any of Alcatraz’s residents over the years, whether they were soldiers, prisoners, correctional officers, family members or park rangers." 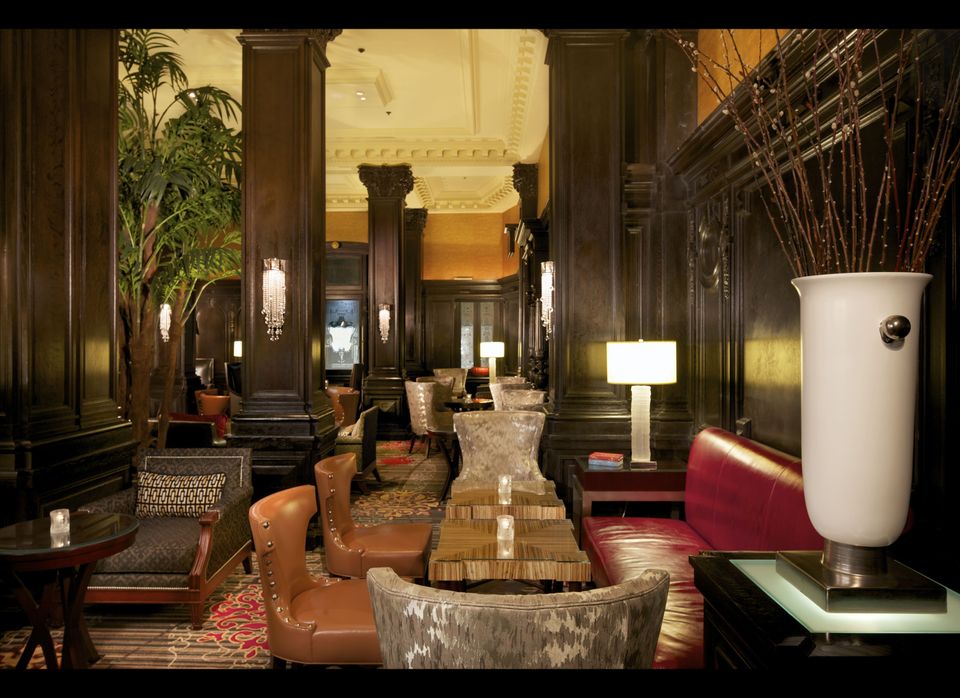 1 / 11
The Algonquin Hotel, New York
<a href="http://www.departures.com/slideshows/hotels-with-haunted-pasts/2" target="_hplink">See More Hotels With Haunted Pasts Here</a><br><br> New York ghosts seem to prefer old bars—go to the Ear Inn, a West Village pub, and ask for Mickey—or are reluctant to leave their rent-controlled apartments. So New York hotels, it seems, have limited otherworldly appeal. Still, the Algonquin Hotel appears to remain a meeting place for members of the Round Table, a glitzy band of sharp-tongued literary and artistic luminaries who met there regularly in the 1920s. You may still be startled by a scathing remark, but the hotel’s celebrity cat gets the most press these days. 59 W. 44th St.; 212-840-6800; <a href="http://algonquinhotel.com" target="_hplink">algonquinhotel.com</a>.