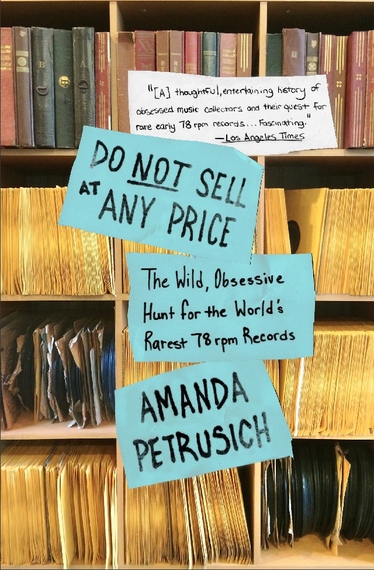 'Do Not Sell at Any Price: The Wild, Obsessive Hunt for the World's Rarest 78 RPM Records' by Amanda Petrusich (Photo: Scribner)

Black Friday, which marks the unofficial start of the holiday shopping season, isn't only relegated to the department stores, big-box places and online retailers -- it also happens at the local record stores. In what has now become an annual tradition, the folks behind Record Store Day is mounting the next installment of its Black Friday event on November 27, in which independent record stores offer special, mostly limited-edition vinyl releases the day after Thanksgiving. This year's Record Store Day Black Friday offerings include music from B.B. King, Janis Joplin, Queen, Beck, David Bowie and many others.

But the people who will visit their record shops on Record Store Day Black Friday are probably not as fanatical compared to a certain group of real die-hard record collectors who seek out rare and vintage 78 RPM recordings, including early blues music. It is this unique group of people that journalist Amanda Petrusich writes about in her most recent book Do Not Sell at Any Price: The Wild, Obsessive Hunt for the World's Rarest 78 RPM Records, which was published last year and is now available in paperback. In the book, Petrusich interviews several present-day 78 RPM collectors and recounts the lives of early collectors such as Harry Smith and James McKune. She also reports of her own experiences in tracking down old 78s, from going to a flea market in Hillsville, Virginia, to diving into the Milwaukee River.

In this edited interview, Petrusich -- who has written for The New Yorker, The New York Times and Pitchfork -- talks about the 78 RPM collectors and what drives them to search and pay for these hard-to-find records.

This book came about from a story you did for Spin several years ago about the renewed popularity of vinyl records.

I had some limited experience with 78s as a format when I was reporting my book [It Still Moves: Lost Songs, Lost Highways and the Search for the Next American Music], which dealt a little bit with some pre-war American vernacular music. But I never really held one in my hands. I ended up interviewing a guy who was the director of the WFMU Record Fair and he introduced me to some vinyl collectors that I was able to talk with for that piece. He made this offhand comment as we were leaving the bar, "Look, if you really want to talk to someone who's gone fully down the rabbit hole, you need to find a 78 collector." Like any journalist, I wrote it in my notebook, and I thought, "Well, it sounded interesting."

With vinyl collectors, a lot of those records are really rare. But it's just so much more high stakes with the 78 -- not only because of the actual physical object degrades much faster and is in fact more fragile -- but because so many of those recordings don't exist in any other format. Certainly the story of the music itself was hugely intriguing to me, but also it had all these other elements of things that I hadn't necessarily had a chance to write about before -- the ideas of preservation and obsession -- all these things that are very human impulses. 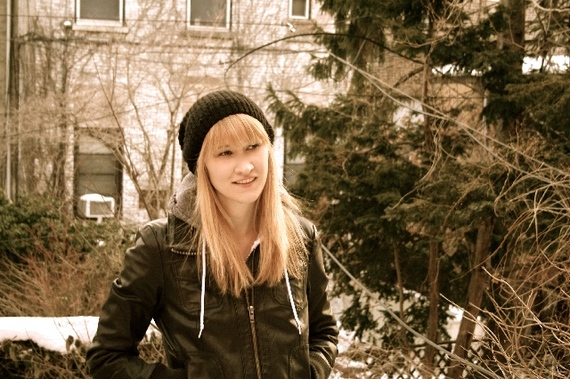 When you started to track down these 78 RPM record collectors, were they initially receptive or hesitant to talk?

It was not the easiest community to infiltrate. They were rightfully a little wary of me and my interest in what they were doing...this idea I was gonna come in and expose the world to what they were doing was troubling to them, but also the very simple fact that their economy is tenuous and is based on the idea that you can still get rare records for a couple of bucks at a yard sale. I think there was all this fear that I was going to blow that up for everybody. It really took a lot of time and energy and cajoling -- and persistence more than anything else -- to sort of constantly insisting upon myself, "I'm here, I'm gonna talk to you, I'm gonna write about this thing," to get them to accept me.

Why do these people collect 78s? Is it for the music, the money, the thrill of the hunt, or a combination of all those things?

It depends on the collector. And I also think sometimes they don't really know why they're doing it. The thing that they'll tell you it is born from this real love of this music and this desire to be this agent in its preservation, and to do that good, hard noble work of keeping these songs alive, keeping the legacy of these performers alive. As altruistic as that sounds, they really do love and care for this music and want it to be available to future generations. I would see these collectors having this really genuine, intense, beautiful and moving communion with these songs from 100 years ago...they would have this reaction to that music that I understood as a fan of the music myself.

One of the interesting figures in the history of 78 collecting is the late James McKune, who is mentioned in a chapter of your book. Could you explain his significance?

McKune is such a fascinating guy. 78 collecting in the '50s, which is when it began in earnest, was mostly jazz collecting at that point. And blues music and a lot of gospel and hillbilly and Cajun records, that rural music that's now aggressively pursued by collectors, back then was considered low art. Jazz was the high art. These guys considered themselves intellectuals. No one was really paying attention to these weird old crappy-sounding, wild and raw-sounding. blues records. James McKune used to hang out at this old store in New York called the Jazz Record Center. As legend goes he was flipping a crate there that was labeled 'miscellany' and came across the Charley Patton record ["Some These Days I'll Be Gone"]. He buys this record, takes a chance on it, brings it home. It was a sound unlike anything he had ever heard before. He was able to go back to his community of collectors and say, "This stuff is also worth seeking out. All those things you guys are hearing in those jazz records are present here, too." From then on, collectors had more of an interest in blues and other rural music.

As part of your research, you actually dove into the Milwaukee River in search of Paramount Records 78s that may have been tossed into the waters years ago. What prompted you to do that?

I had been reading so much about Paramount Records, the record label that was based there in Grafton, Wisconsin. I went to Grafton obviously with the intent of diving into the river, but to also get a sense of it. It seemed like such a mystical enterprise to me -- the records themselves are so hard to find, they sounded so strange. The performers who had come through there and made these incredible seminal American recordings in these makeshift studios -- the whole thing just sounded like a whole weird fever dream. Part of my journeying there was to lay my eyes on it. For the reason anyone visits a monument of any kind -- just to try to get a little bit closer to this thing that feels very abstract that happened many years ago. Of course in Grafton, there's very little to suggest that any of this happened there.

From working on the book, did you develop a better appreciation for what these collectors do?

Absolutely. I feel very grateful to them for the work that they do, which is not easy...and they make sacrifices in service of it. They're sort of idiosyncratic individuals. I grew very fond of them in the course of reporting the book. I tried to remain objective in the writing and to look at them with clear eyes. But as someone who really loves and appreciates this music, I don't even know how to express the sort of magnitude of thankfulness, that these songs have been allowed to survive. It's music that's changed my life and I think has changed the lives of many people. And it wouldn't be here if it weren't for the obsessive and self-sacrificing efforts of these people.

Do Not Sell at Any Price: The Wild, Obsessive Hunt for the World's Rarest 78 RPM Records by Amanda Petrusich is now available in paperback from Scribner.