Hiding a hangover in ancient Egypt would've taken some work. Rather than popping an ibuprofen for a pounding drunken headache, people in Egypt may have worn a leafy necklace.

That's according to a newly translated and published papyrus written in Greek with the recipe for a "drunken headache" cure. The alcohol victim would have strung together leaves from a shrub called Alexandrian chamaedaphne (Ruscus racemosus L.), possibly wearing the strand around the neck, the text revealed.

Though people in the ancient world believed Alexandrian chamaedaphne could ease a headache, whether the cure really worked, let alone on a drunken headache, is unknown. [Myth or Truth? 7 Ancient Health Ideas Explained]

The 1,900-year-old papyrus containing the hangover treatment is one of over 500,000 such documents found in the ancient Egyptian town of Oxyrhynchus by researchers Bernard Grenfell and Arthur Hunt about a century ago.

The study and publication of so many papyri is a long and slow task that has been going on for a century. Recently, volume 80 was published, containing studies and decipherments of about 30 medical papyri found at Oxyrhynchus, including the papyrus with the hangover treatment.

This newly published volume represents "the largest single collection of medical papyri to be published," wrote Vivian Nutton, a professor at University College London, at the beginning of the volume. The collection includes medical treatises and treatments for a wide variety of ailments, including hemorrhoids, ulcers, tooth problems and even some fragments discussing eye surgery.

The writers of these ancient papyri relied heavily on Greek knowledge. The ancient residents of Oxyrhynchus strongly embraced Hellenistic (Greek-influenced) culture, something that spread throughout Egypt, and the wider Middle East, after the conquests of Alexander the Great, Nutton said.

Some of the most interesting treatments in the texts deal with the eyes.

One text contains about a dozen recipes for an eye-cleaning lotion called collyrium. One such recipe meant to treat rheum, a discharge of mucus from the eyes, contains a medley of ingredients, including copper flakes, antimony oxide, white lead, washed lead dross (produced in smelting), starch, dried roses, rainwater, gum Arabic, poppy juice and a plant called a Celtic spikenard.

That treatment seems relatively mild compared with techniques for eye surgery laid out in the collection. One fragment contains what appears to be a first-person account of surgery performed on an everted eyelid, an eyelid that has turned inside out causing irritation. The text is fragmentary, and some of the words are uncertain; however, it's clear this was not an operation for the faint of heart, especially given that anesthesia hadn't been invented yet.

Part of it reads: "… the eye … I began … by the temple … the other from the temple … to remove with a small round-bladed knife … the edge of the eyelid from outside … from within until I scooped out …" (translation by Marguerite Hirt, a researcher at the University of Cambridge who analyzed the text).

The medical papyri are now owned by the Egypt Exploration Society and are kept at the Sackler Library at Oxford University.

Copyright 2015 LiveScience, a Purch company. All rights reserved. This material may not be published, broadcast, rewritten or redistributed.
Arizona Raspberry Iced Tea 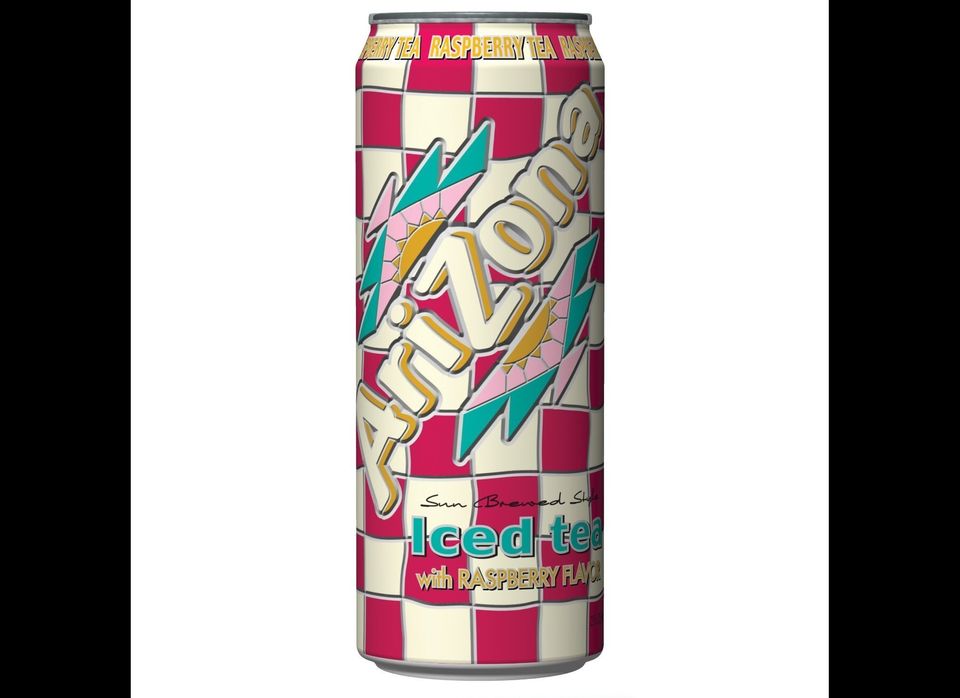 Amazon.com
These recognizable-anywhere cans are bad news: They contain 23.5 ounces, nearly three times the suggested serving size for the tea inside. With 90 calories per 8 ounces, finishing an entire can adds up to almost 270. Photo from Amazon.com
Starbucks Bottled Mocha Frappuccino 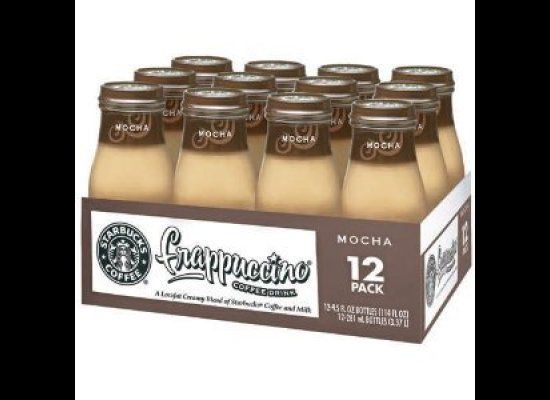 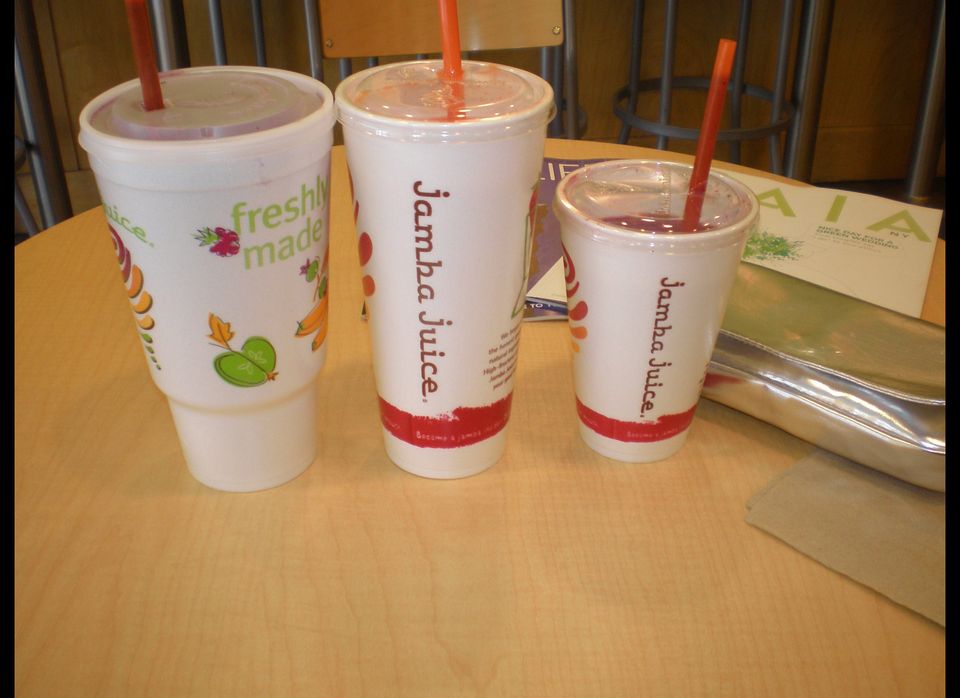 Flickr:libookperson
Granted, Jamba Juice All Fruit smoothies are made with much better-for-you ingredients than a can of cola. However, it's still easy to mindlessly sip your calories when a 16-ounce size clocks in at least 210 calories. Flickr photo by libookperson
Minute Maid Lemonade 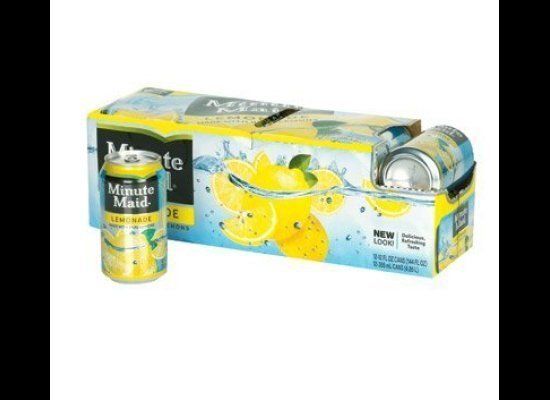 Amazon.com
A 12-ounce can of the summer favorite clocks in at 150 calories, more than a can of Coke and the same as a can of Pepsi. Photo from Amazon.com
Snapple Apple Fruit Drink 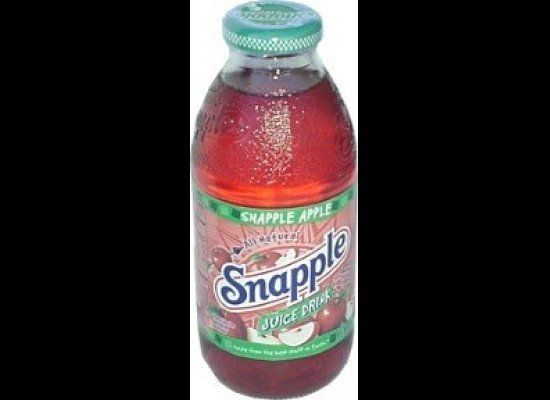 Amazon.com
There are 100 calories in every 8 ounces of this fruity pick, but the bottle is deceiving, since it packs 16 ounces. Photo from Amazon.com
Sunkist Orange Soda 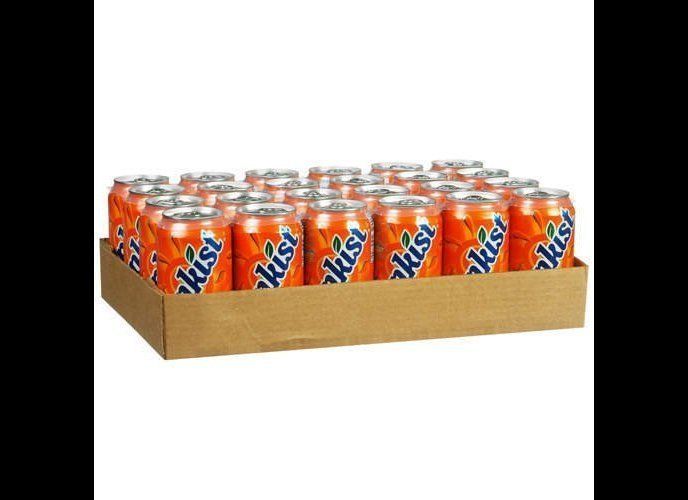 Amazon.com
There are 170 calories per 12-ounce can of this sweet drink. Photo from Amazon.com
Dr. Pepper 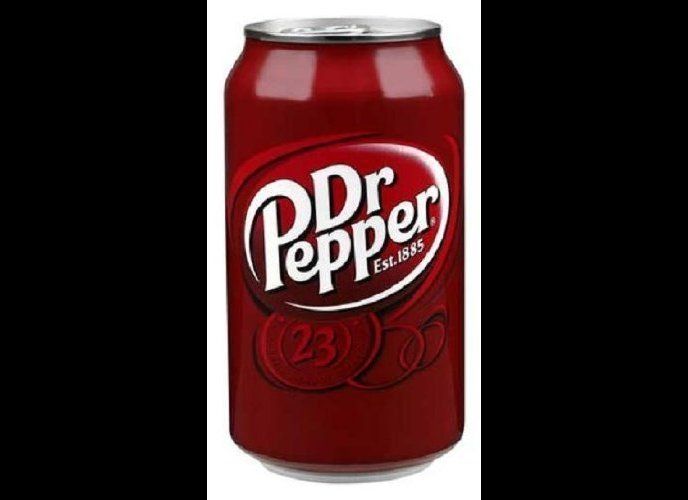 Amazon.com
A 12-ounce can clocks in at 150 calories, more than a can of Coke and the same as a can of Pepsi. Photo from Amazon.com
Dunkin' Donuts Strawberry Coolatta 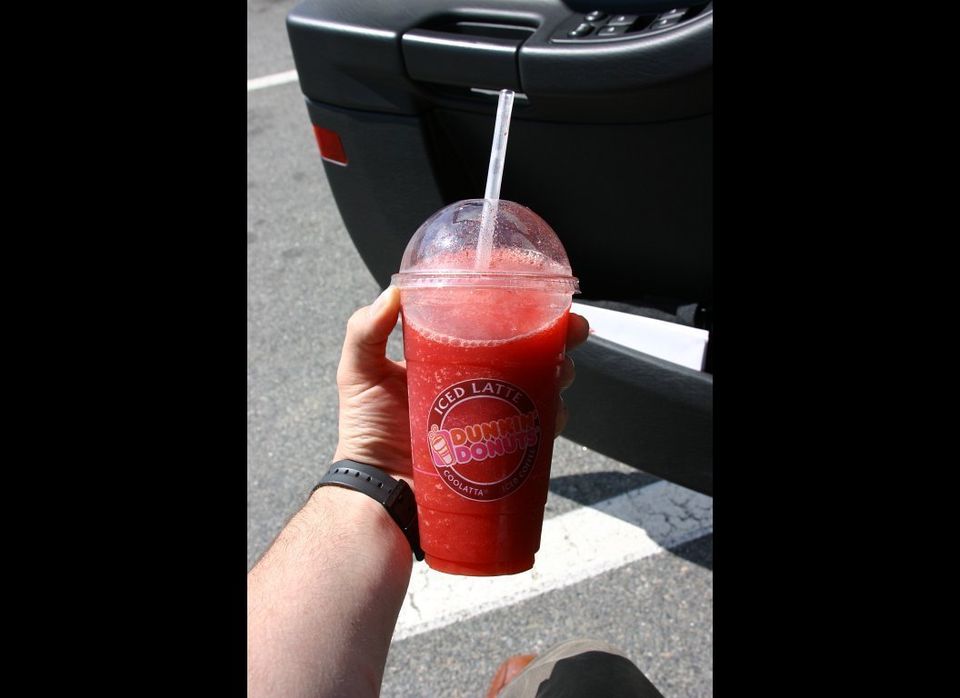 Flickr:ReneS
Even the small size of this frozen concoction from the coffee chain is a diet danger, with 230 calories in 16 ounces. Flickr photo by ReneS
Monster Energy Drink 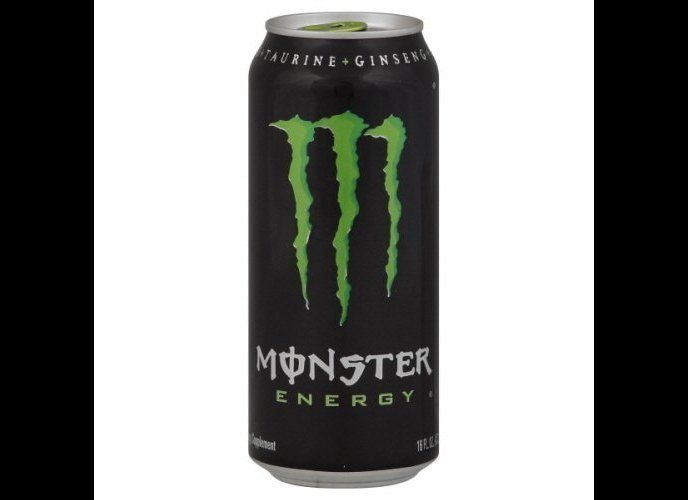 Amazon.com
There are only 100 calories in 8 ounces of this pick-me-up, but who only drinks half a can? The whole thing will set you back 200 calories. Photo from Amazon.com
Nesquik Lowfat Chocolate Milk 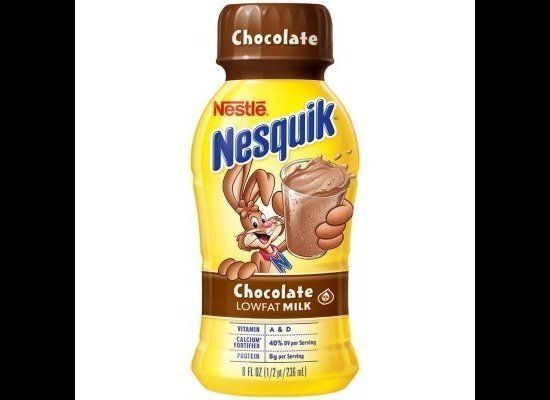 Amazon.com
An 8-ounce bottle of this sweet sip adds up to 170 calories. Beware of larger sizes that encourage bigger portions. Photo from Amazon.com
Barq's Root Beer 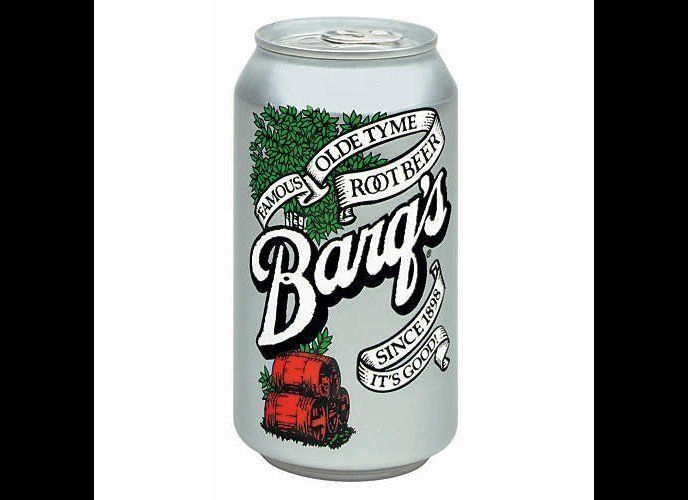