On Thursday night's episode of "Watch What Happens Live," host Andy Cohen was trying to get Kelly Clarkson to Plead The Fifth when he joked:

Co-host? Dunkleman? We had to access the parts of our brains reserved for useless pop culture knowledge to vaguely recall that, oh yeah, there was another guy who held a microphone and used to stand on stage next to Seacrest during Season 1 of "American Idol." 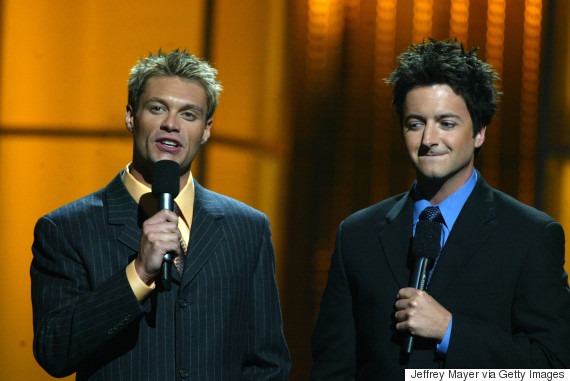 That guy was Brian Dunkleman. He is alive and "still doing stuff," as BuzzFeed put it last year.

Talk about a blast from the past!