What do you do when you're stressed, swamped or seriously overwhelmed? Unleash hell on an innocent bystander, of course! But if you'd rather stop displacing your feelings and start facing your troubles head-on, Martha Beck has a game plan for you.

So your best friend at the office is suddenly let go, and you spend the rest of the day dreading that the ax is about to fall on you, too. Later, at home, you hold it together -- until your 6-year-old pops out of bed for the fifth time, asking for another glass of water. At which point you hear yourself roar, "Oh for heaven's sake! Would it kill you to just go to sleep for once?!"

Or maybe as soon as you leave the office, you head to your parents' house for your second shift. Your mother suffers from Alzheimer's, and your father recently broke his hip. You manage to stay cheerful with both of them, but at home that night, when your husband innocently asks where to find the peanut butter, you snap, "Figure it out, Sherlock."

Or perhaps one morning, without even meaning to, you notice a series of intimate texts between your boyfriend and someone named Tiffany. You drive to work, glance through the papers in your in-box, then blast into your assistant's cubicle like a hurricane. "When will you learn to conjugate the verb to lie? Am I paying you to write like a moron?"

Psychologists call this phenomenon displaced aggression. Often when we feel powerless, we dump our anger on someone else -- someone we know won't fight back. Military folks have a charming phrase for displaced aggression, which, for the sake of politeness, I will euphemize here as "stress rolls downhill." I'm sure you can recall times when people rolled their stress onto your unprotected head. And unless you're a saint, I'm sure you've rolled your stress onto others'. Learning to stop stress-rolling is one of the best things you can do for your relationships and your general life satisfaction. Let's start now, before someone else gets hurt.

Know How to Roll

The cause of stress-rolling is always the same: You experience a situation in which you feel too overwhelmed, confused or scared to express your true feelings. You're fighting for your life, and you're losing. The enemy may be a change in your work situation. Or your parents' increasing fragility. Or a shaky relationship. Whatever the problem, if it seems too big to solve, you may believe you have no choice but to internalize your fear and anger.

Unfortunately, feelings don't want to stay hidden. Like water held back by a dam, they are always pushing, seeking a crack to leak or entirely break through. The "cracks" in our ability to suppress negative feelings are relationships in which our defenses are lowest, our fears smallest. Our hidden feelings seep or burst out when we're with people we trust or who aren't in a position to resist us. This dynamic explains why upstanding citizens who never shout at a stranger will scream curses at a lover, and why people who take an undue share of grief from their boss bully their underlings in turn.

To eliminate a tendency to stress-roll, you first have to notice it in other people: the man who yanks his dog around every time he gets the shaft at work; the brand-new ex-smoker who shouts at her husband when she runs out of nicotine gum. Watch these people and get a feel for how disproportionately intense their behavior is. Then honestly identify the same sort of overreactions in yourself. Where does your temper flare? When do you weep hysterically? What situations frustrate you to the point of physical violence?

One excellent sign that you're stress-rolling may be a hint of sheepish guilt or shame. This will show up after you've rolled your negativity onto someone, or even while you're doing the rolling. Deep down, your conscience will be whispering, "I'm not being fair. This isn't about Priscilla eating all the toast. I'm just venting because no one's watching my kitten video on YouTube."

Unfortunately, many people, embarrassed by this tickle of conscience, actually increase their stress-rolling as a method of self-defense. They'll bring up old arguments and mutant grievances to justify the stress-rolling. For example, you might follow up your outburst toward your son by saying, "You've got to stop bothering Mommy all the time." You might keep pounding your husband: "If you ever cleaned the kitchen, you'd know damn well where to find the peanut butter." You might point out every grammatical goof your assistant has made since the day she was hired. This is like a general who opens fire on his own troops, then decides he'd better shoot a few more so they'll be too scared to stand up to him. Don't be like that general. Instead...

No matter how much stress we roll downhill, no matter how we justify the rolling, ultimately we still have to deal with the situations that caused our discontent. The only thing stress-rolling accomplishes is the creation of new enemies out of old allies (or potential allies) -- a classic lose-lose situation. So the moment you get the slightest inkling that you're stress-rolling, excuse yourself, take some deep breaths and figure out what's really bothering you.

Because the core issue is often so upsetting that you push it out of your consciousness, you may not be able to articulate it at first. Luckily, you have a built-in problem-pinpointer: discomfort. Identifying your deepest emotional triggers is like finding where a bone has broken; you poke at the general area until you find the epicenter of the pain. Ask yourself the following questions:

You'll know you've hit upon your real issue when all your irritation with innocent bystanders disappears in a flood of fear, sorrow, or despair. You'll probably feel helpless about coping with the core dilemma -- that's why you displaced your aggression in the first place. Looking squarely at overwhelming problems requires extreme courage and honesty. Solving them takes even more. You may feel you don't have such valor in you, but that's okay. Just look around.

Align Yourself with Your Allies

To find courage you don't possess, all you need to do is share real facts about your real problems with people who may be able to help. I reiterate: people who may be able to help. If you've stress-rolled onto someone who holds less social power than you -- say, your child or your assistant -- simply apologize. These are not the people you should ask for counsel; doing so would leave them feeling even more overwhelmed than you feel. Find someone who, from your perspective, has at least as much power as you do.

For example, after yelling at your child, you might say, "Honey, I'm so sorry for shouting at you. I was worried about something completely different, but I'm getting help with that." Then you could call an adult who's survived hard times -- your father, a coworker, your best friend -- and talk about your career uncertainty. Or you could offer your husband a peanut butter sandwich—and the truth about your physical and emotional fatigue. Or you could admit to your assistant that you were out of line, then close your office door and call a couples counselor to discuss your relationship.

Are you seeing the pattern here? Apologize, tell the truth, get help from someone who's not below you on the power pyramid.

You may feel awkward being this honest and open. Suck it up. If you don't want to be the general who shoots at his own troops, you need to consult experienced, educated advisers. Make no mistake: You are the one and only leader of your life. But you'll be amazed by how brave, learned and resourceful the people around you can be. Honesty and humility will help you solve both the problems that create stress-rolling and the problems stress-rolling creates.

Keep Enlarging Your Circle of Advisers

As you begin to stop rolling stress onto others, you'll also start to gather crucial information that will help you face any problem without feeling overwhelmed: You'll learn whom to trust and in what capacity. Not every person you ask for help will be able or willing to give it. Your work friends may amplify your fears with their own. Your husband might shut down the moment you start talking. Your couples counselor could be a complete idiot. It happens. Just keep consulting different people until you get a response that feels genuinely helpful. The great thing about total honesty is that once you are grounded in it, you immediately know when someone's advice to you is wrong.

Lao Tzu said, "All streams flow to the sea because it is lower than they are. Humility gives it its power." Every time you avoid rolling your negative emotions downhill, and instead admit the places you feel lowest, you'll find your power paradoxically growing. As you feel less overwhelmed and more balanced, you'll lift the people who look up to you until they, too, stop stress-rolling and start leveling with you about their own issues. In time, the very people you once dumped on may join you in solving any problems you face. Rolling on together, you'll be unstoppable.

How To Stop Taking Out Your Anger On Others
8 Reasons You're Still Mad, By Amy Shearn 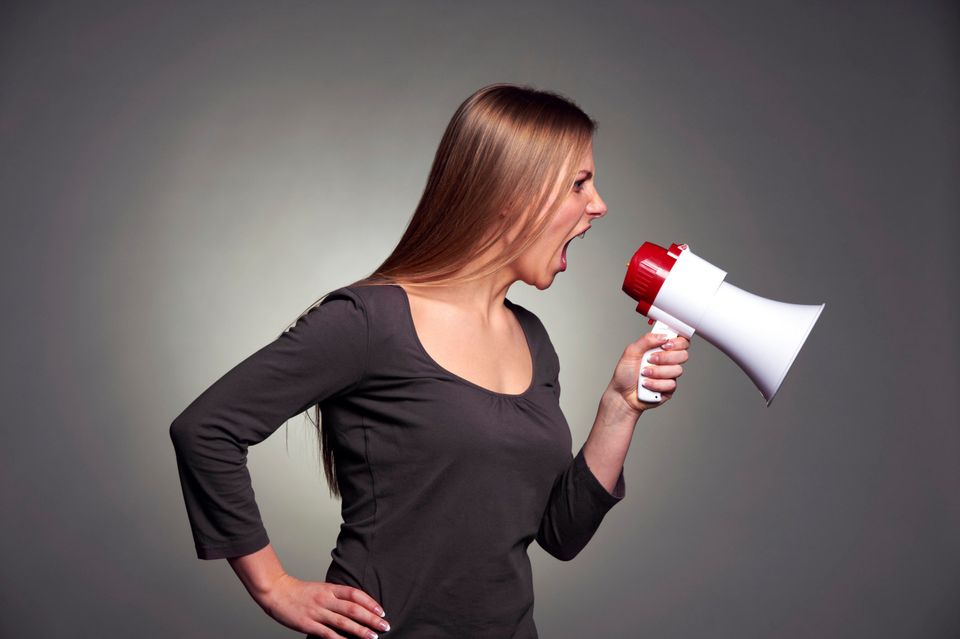 1 / 8
1. The Peanut Gallery Won't Shut Up
Anyone who has lived past the age of 4 is well acquainted with the idea that Life Is Not Fair. And yet, when something annoying/sad/frustrating and, yes, completely unfair happens, inevitably someone says, “Oh, well, who says life is fair?” And you realize, as a fireball stokes in your chest, that it is not the unfairness of life but the random commentary that is eating at your soul. It’s just so unhelpful, this kind of toothless insight that is meant to allay the speaker’s discomfort rather than your own. We'd tell you it's just not fair, but...
Thinkstock