Have you ever wondered what life was like when dinosaurs roamed the earth? Well, it turns out, there are vestiges of that life everywhere today.

The Mesozoic era brought forth more than 180 million years of dinosaurs until their extinction 65 million years ago. About 50 percent of the planet's animal and plant life survived the Cretaceous-Tertiary mass extinction, also known as the K/T boundary.

Here are some of the animals whose ancestors walked (or swam) alongside dinosaurs: 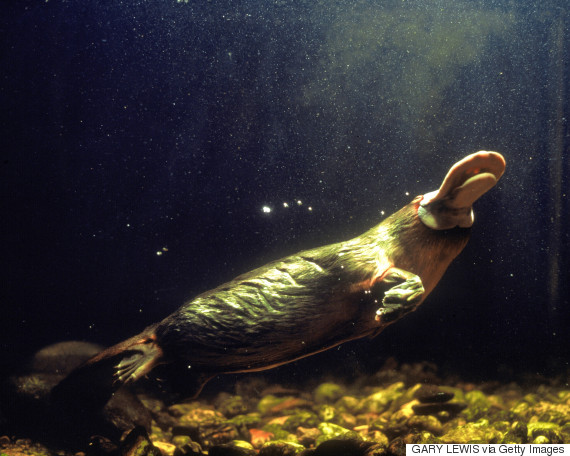 The platypus is one of the few monotremes still in existence today. The egg-laying mammal was only recently discovered to have lived during the Jurassic period. After analyzing a Teinolophos jawbone in 2008, University of Texas paleontologist Tim Rowe discovered that platypuses dated back as far as 122 million years ago.

Platypuses are one of only two mammalian species that lay eggs, the other being echidnas, or spiny anteaters.

Where you can see them: Platypuses live only in eastern Australia and Tasmania; reclusive, nocturnal echidnas live all over Australia. 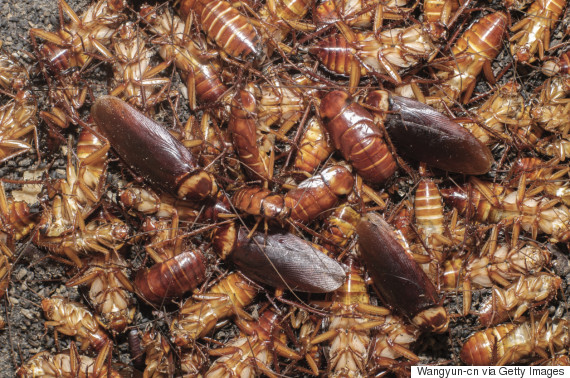 You already know roaches never die. These insects were one of the most dominant species during the Carboniferous period -- which took place about 360 million years ago (or 112 million years before the dinosaurs) -- and they were about twice as big as their current form. They made it through the mysterious "Great Dying" period between the Permian and Triassic periods and were there to greet the first dinosaurs 240 million years ago.

Where you can see them: everywhere. 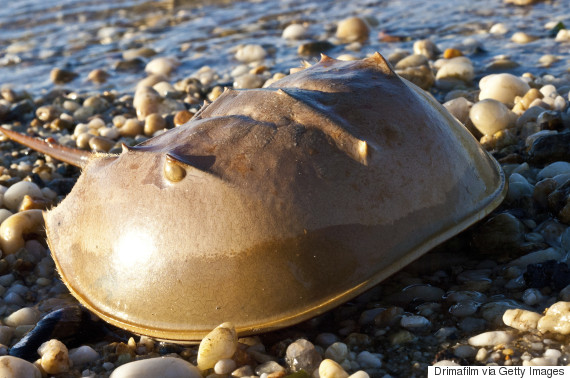 People have called horseshoe crabs "living fossils" for years, but they're actually arthropods similar to scorpions and spiders. Horseshoe crabs have evolved more slowly than other animals, but they've become one of nature's most-enduring organisms, having survived at least four of the planet's biggest extinction events.

According to Richard Fortey of London's Natural History Museum, "Being able to feed on almost any organic matter helped," as does their unique blue blood that coagulates when it encounters bacteria, an adaptation to combat their vulnerability to infection.

Scientists are harvesting horseshoe crab blood to study its possible uses, such as decontaminating medical equipment and treating fungal infections and cancer.

Where you can see them: Delaware Bay in late spring, when thousands of horseshoe crabs move to the shore to breed. 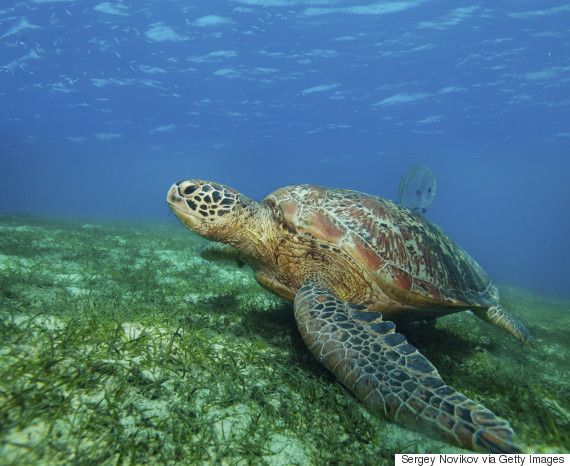 The earliest marine turtles are thought to have shown up during the Jurassic period and survived the global extinction because they developed a wide array of adaptive survival techniques that "allow them to survive bad times," Walter Joyce of the University of Tubingen's Institute for Earth Sciences told Discovery News.

Where you can see them: Large green sea turtles are found in tropical and subtropical waters across the globe. 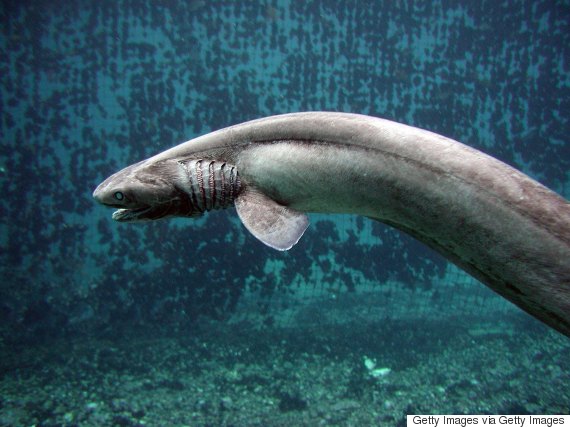 Believe it or not, sharks have been in the ocean for about 450 million years. They survived four of the five big extinction events. During the Cretaceous period, they were likely prey to the immense Spinosaurus aegyptiacus but proliferated and thrived once the dinosaurs died out.

Sharks are thought to have adapted the modern features we know today during the Jurassic and Cretaceous periods, about 200 million years ago.

A frilled shark from a species dating back 80 million years was caught off Australia earlier this year. It had 300 teeth in 25 rows. "Once you're in that mouth, you're not coming out," Simon Boag, of the South East Trawl Fishing Association, told Australia's ABC news.

Where you can see them: Some of the longest existing modern sharks are cow sharks, such as sixgill and sevengills, which live deep in northern, temperate, and tropical zones of the Atlantic, Pacific, and Indian Oceans. Frilled sharks are widely distributed but, according to the Food and Agriculture Organization of the United Nations, they live in depths between 390 and 4,200 feet, so chances are you won't get to see them. 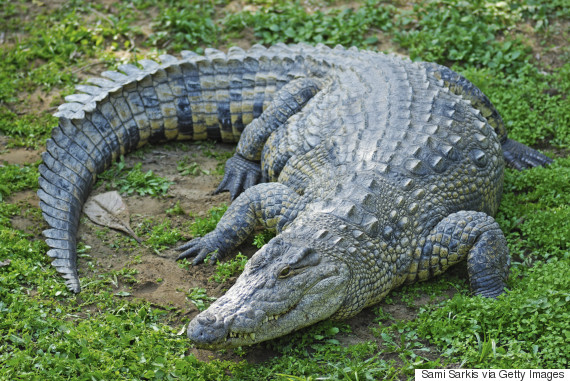 The world was full of dinosaurs 99 million years ago, but crocodilian animals were also abundant -- and some were huge. "The Cretaceous [period] is full of giant crocs including Sarcosuchus, Dyrosaurus, Deinosuchus, Shieldcroc and others," Casey Holliday, of the University of Missouri, told Discovery News. "There was likely ample food and a warm climate facilitating their ability to reach large sizes. There are fossils of very large fish from the region, so there were certainly large prey to catch as well."

Fossils found suggest that one species, known as Shieldcroc, grew to be 33 feet long with a nearly 7-foot-long head. And, although most of their dino-lizard cousins died during the K/T event, crocodiles persevered. Today, 23 different crocodilian species exist.

Where you can see them: Crocodilians, including alligators, caimans and crocodiles, live in more than 90 countries and islands in tropical and subtropical regions. 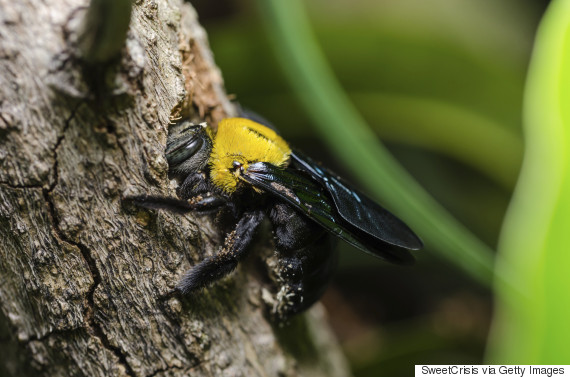 Bees are believed to have first appeared during the Cretaceous period, around the same time, evolutionarily speaking, as the first flowering plants started to bloom (give or take a few million years).

Because there's a poor fossil record of bees, scientists have had a hard time understanding how they crossed the K/T boundary, but a 2013 study of carpenter bees suggests that bees also underwent a mass extinction at that time.

"Bees have gone through hard times, and negative effects have occurred," lead study author Sandra Rehan, an assistant professor of biological sciences at UNH, told Live Science. "If we can understand what happened in the past, it can help us understand the current perturbations and loss of diversification."

Where you can see them: The United States Geological Survey estimates there are currently 20,000 species of bees around the world.

Amazing Places You Can Swim With Sharks