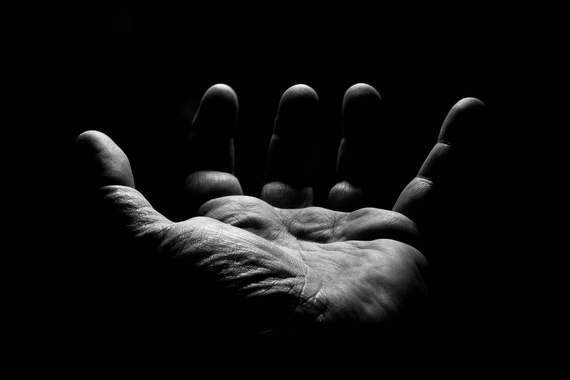 I get tripped up on the shoestrings of western thought. I read when Teresa of Avila meditated she would catch herself levitating. Get that! Unbeknownst to even Teresa she would find herself unmoored from the bonds of gravity and for a length of time unknown she'd be just float in contemplative bliss. I'm luck if I don't trip on my way to my meditation mat. There's so much clutter on my way to bliss consciousness.

This is especially true as it relates to my tendency of idolizing "more". I have been preconditioned to want more. I want more food, more stuff, more time, more space. I am driven by the notion: satisfaction is met with the acquisition of more. We are predisposed to this truly western idea that all will be made better by more.

The contemplative pause out rightly rejects this claim. Being fully present to God in sacred space says, "no". Meditation leads us to a place where the silence between the notes of music makes the symphony rich. The space within the room has greater significance than the walls themselves. To sit in silence in the deepest part of God invites us all to disposes ourselves of the notion that more is always better.

My friend Danielle gave me a gift that reminds me of this daily. On a trip to Israel she picked up a small little cup for me carved out of olive wood. The rough-hewn cup stands only about an inch high and sits on my desk upside down. The cup represents the fifth cup of the Passover feast. The fifth cup is the cup of wrath that the prophet Jeremiah was to offer to every nation in the world. With this cup they would drink to their own demise. This was the cup of destruction. But it sits on my desk upside down and emptied because this was the cup Jesus drank which frees the world from its pending doom. The empty cup is a reminder of the hope for all humanity. It's significance is not found in its filling but in it's emptying.

The Bible bursts into song in Philippians 2 and sings of Jesus as the one that emptied himself and beckons us to do the same. So we enter the offered "Sabbath rest that remains for the people of God". We make our way into the sacred pause and there we find the hope made full in emptiness. Meditation is the space where we relinquish agenda, expectation, and control. It becomes the place where we perfect the practice of self-emptying with the aid of the Spirit of Christ.

Let's disposes ourselves of the notion that more is always better. Let's daily practice the counter culture act of emptying. As others engorge themselves with resources that cannot be readily replaced which levy such a huge burden on the "least of these" and as others use racial bias and xenophobia to justify exploitation for more, let's model the hope found in the empty cup. We may never levitate but in some large or small ways we can be a part of raising the compassion of the world through emptying.