There's a couple in my community where the 6-foot-2-inch woman, a former model, towers over her 5-foot-4-inch businessman husband. As a less-than-kind observer noted: The husband may appear much taller when he stands on his stacks of money.

(I did say less-than-kind, right?)

But as someone who has written about real estate for much of my career, I do have this unscientific observation to make: When midlifers are dating, they would prefer to date a home owner than a renter. Why? Again unscientifically, they associate homeownership with stability and security.

I get why they feel that way -- on face value. But scratch below the surface of their logic, especially in these economic times, and all you get is dirt under your fingernails. Almost 30 percent of homeowners are upsidedown on their mortgage. That means their homes are worth less than what they owe on them. And more homeowners than ever are in some stage of foreclosure -- heading for losing their home altogether and damaging their credit for the foreseeable future.

Renters, on the other hand, are currently thought of as the smart people.

Trulia.com did a study recently that looked at how housing situations intersect with our search for mates. Obviously we can dispense with the idea that we think it's OK for a 50+ man to still be living with his mother in her house, but we may give him some bonus points if he's moved Mom into his. What about dating someone whose adult children have moved back home? While it's more common, it's also more complicated.

According to the Trulia survey, only 5 percent of unmarried U.S. adults would prefer to date someone who has a roommate of any stripes. Living alone means no distractions and more privacy.

A majority -- 63 percent -- of unmarried U.S. adults said it didn't matter whether their significant other owned their own home or rented. That said, there were more than a few picky daters out there who do care. Women in particular were more likely than men to prefer dating a homeowner versus a renter -- 36 percent vs. 19 percent.

Which gets us back to the why. Let's face it ladies, the fact that someone owns their own home isn't likely to make them less likely to cheat or lie or more certain to call when they said they would. But it's a lesson that post 50s have apparently heeded: While 44 percent of millenials (18 to 34 year olds) felt that homeownership does equal commitment, only 26 percent of Baby Boomers swallowed the Kool-Aid on this one.

What's your view? Is it sexier to own or rent? 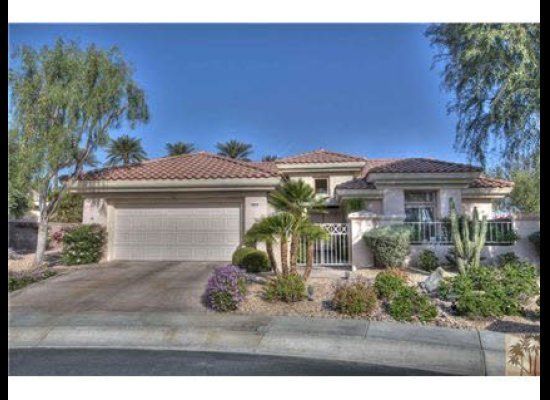 1 / 62
Palm Desert, CA $295,000
We found two hot-weather hotties in Palm Desert, California, which offers activities such as golf and tennis; performances at the McCallum Theater; and more than 150 works of art in its <a href="http://www.palm-desert.org/arts-culture/public-art" target="_hplink">Art In Public Places Program</a>, along with shopping and dining. Both of these homes have pools (a necessity in the desert), were built in the mid-1990s and have two bedrooms. The first, <a href="http://www.realtor.com/realestateandhomes-detail/78614-Blooming-Ct_Palm-Desert_CA_92211_M23439-49113" target="_hplink">on Blooming Court</a>, is located at the end of a cul de sac, around the corner from the community clubhouse.
www.realtor.com