Many people turn to holistic health practitioners for advice and guidance when dealing with poor health issues such as illness, fatigue, and discomfort. If you are among them, you may be surprised when, during your initial evaluation, your holistic health coach asks you about your dental habits and history. The fact is, dental habits and history can tell a savvy practitioner a lot about your health and can have a big impact when devising an appropriate healing plan. 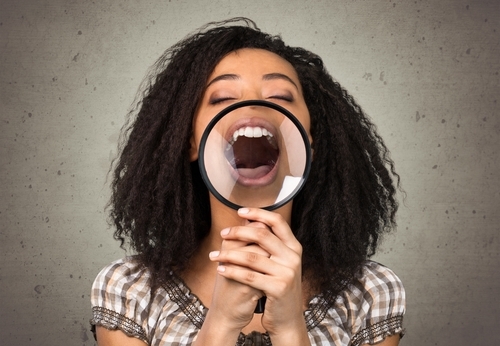 The Impact of Oral Hygiene on Health and Well-Being
Maintaining proper oral health and hygiene is crucial if you wish to avoid chronic health problems. For this reason, your holistic health practitioner will want to know if you have had any recent diagnoses of tooth decay, cavities, gingivitis, or periodontitis, or if you have had a tooth extraction or major dental work done. People who have dental conditions are likely to suffer from more than just tooth loss and oral pain. They are also more likely to experience:

• Heart disease and other inflammatory diseases: While the link between poor dental health and cardiovascular disease (CVD) originally appeared circumstantial, later research proved the two are related. In 2009, the Japanese Dental Science Review published a study that concluded, "The potential mechanisms of the association between periodontitis and CVD are not fully understood. However, inflammation and autoimmune mechanisms, including molecular mimicry between periodontopathic bacteria and host molecules, are suggested to be the relevant mechanisms which link periodontitis to CVD."

• Bacterial infections such as pneumonia: Bacteria can travel from an unhealthy mouth into one's bloodstream and result in illness. A study published in Clinical Microbiology Reviews revealed that, "Bacteremia was observed in 100% of the patients after dental extraction, in 70% after dental scaling, in 55% after third-molar surgery, [and] in 20% after endodontic treatment" and that these "organisms can propagate and cause both acute and chronic infections in increased frequency and severity." According to the authors of the study, with normal dental care and hygiene, only small numbers of bacteria gain access to the bloodstream; "however, with poor oral hygiene, the numbers of bacteria colonizing the teeth... could increase 2- to 10-fold and thus possibly introduce more bacteria into tissue and the bloodstream."

• Dementia: A study published in the Journal of Alzheimer's Disease revealed that people with poor oral hygiene and gum disease have a higher risk of developing Alzheimer's disease. The study's researchers compared brain samples from 10 people who had Alzheimer's with 10 people who did not. They discovered Porphyromonas gingivitis, a bacterium associated with gum disease, in all the brains of patients suffering from dementia and in none of the other brains. They believe that for those who have this bacterium in their brains, given the right trigger, they may develop Alzheimer's. Frighteningly, this bacterium has also been associated with higher risks of pancreatic cancer.

• Sexual and Reproductive Problems: If you are having difficulty conceiving, one possible culprit may be poor dental health. In a paper recently published in the journal Dental Update, researchers in the UK demonstrated a link between periodontal disease and erectile dysfunction, poor sperm mobility and difficulty with conception. One reason may be that when periodontal bacteria enter the bloodstream, they can cause inflammatory problems that may block adequate blood flow to the genitals.

• Premature birth of their children: Expectant mothers must be particularly diligent when it comes to maintaining good oral health. A study published in the Journal of Natural Science, Biology and Medicine demonstrated a direct link between periodontitis and the risk of premature delivery and low-birth-weight. Inflammation-causing bacteria in the gums can get into the mother's bloodstream and target the fetus. Routine brushing and flossing and regular visits to the dentist can greatly reduce this risk.

The Adverse Effects of Amalgam Fillings
Unfortunately, having dental work done can also adversely affect your health. While I applaud the recent trend of using tooth-colored, resin-based fillings when attending to cavities, many dentists still prefer the less expensive and easier-to-use amalgam filling. If you are over the age of 30, you are likely to have a bit of metal in your mouth from previous cavities.

Amalgam fillings (frequently referred to as "silver fillings") are made of mercury, silver, copper and tin. Elemental mercury makes up 50% of the amalgam filling compound and is necessary to bind the metals together and make the compound malleable enough to allow for easy manipulation into the cavity. This is troublesome, however, when you consider that mercury, a known neurotoxin, is being implanted directly into our mouths.

Though the FDA states that amalgam fillings are safe for adults and children over the age of six, they do admit that these fillings release "low levels of mercury in the form of vapor that can be inhaled and absorbed by the lungs. High levels of mercury vapor exposure are associated with adverse effects in the brain and kidneys." This exposure can also lead to heavy-metal toxicity in otherwise healthy people.

Indeed, in 2014, Janet K. Kern, et. al. published a report in Neuro Endocrinol Lett in which the researchers acknowledged that "chronic Hg exposure from various sources including dental amalgams is associated with numerous health complaints, including fatigue, anxiety, and depression--and these are among the main symptoms that are associated with CFS [chronic fatigue syndrome] and FM [fibromyalgia]." In their report, they state that there is a great deal of evidence that amalgam fillings may be the cause of a number of common chronic health problems.

Because of the health risks posed by mercury poisoning, many people are currently asking to have their older fillings replaced with non-amalgam substances. Unfortunately, the process of having them removed may lead to even more mercury vapor exposure and insurance companies do not typically cover this procedure when the old filling is still viable. You must therefore weigh the risks and costs against the potential health benefits when deciding whether to have your fillings replaced. Your holistic health coach can help you decide the best course of action.

How Fluoride Can Affect Your Health
Nearly all American municipalities add fluoride to their public drinking water. Advocates of water fluoridation argue that this practice leads to healthier teeth and lower instances of periodontal disease, and in 1999, the CDC listed water fluoridation as one of the 10 greatest public health achievements of the 20th century. However, there are a number of arguments against this practice as it may have an impact on our overall health and wellness.

In 2006, the National Research Council of the National Academies of Science completed a three-year study on the safety of water fluoridation. Their downloadable 450-page report was damning. It concluded that adding fluoride to water at the standard rate of 4 ppm caused, among other health problems:

• Significant damage to teeth
• Increase risk of bone fractures, bone cancer and joint pain
• Disruption of the endocrine system, including the thyroid and pineal glands and glucose metabolism
• Brain damage

Because of these adverse health effects associated with exposure to fluoride, the NRC recommended and received a reduction in the current safety standard.

While fluoridated water may be beneficial to those who lack access to sufficient dental care and who do not practice regular oral hygiene, chances are good that you already get plenty of fluoride from your toothpaste and regular dental cleanings. There is no reason to subject yourself to further exposure through your drinking water. Fortunately, by simply filtering your water, you can remove most, if not all, of the fluoride. Alternately, you can switch to drinking natural spring water.

If you have dental problems, your health and well-being may be negatively impacted. This is why your holistic healthcare provider will want to know about your oral hygiene habits and your dental history. A change in diet or lifestyle may help to alleviate some of these problems.

If your fillings or fluoridated water supply are negatively impacting your health, a qualified holistic practitioner can recommend actions such as having your fillings replaced or switching to filtered water.