Art Bridges the Great Nor Cal So Cal Divide

Everyone seems to have their mind made up about Californians--you're either from the North or the South. Just like New England clam chowder (the red or the white), Northern and Southern California can easily feel like two completely different worlds. With San Franciscans who have a distaste for the notorious Los Angeles traffic jams and Angelinos who shiver just thinking about fog, the rivalry between the two regions becomes comedic with a "hella" here and a "like" there.

However, something that both regions have in common is artists. Artists whose work challenges, critiques and captures their cities and circumstances. This commonality between Nor Cal and SoCal is exactly what drew my attention to the new exhibit, The Exchange, at The Anderson Collective in Carpenteria, featuring work by Randy Noborikawa and David Seiler.

The Collective portrays the show as an "exchange of ideas on art, culture and ethnicity between two artists from diverse and uncommon backgrounds." The two artists, Randy Noborikawa and David Seiler, both alumni of the Academy of Art University in San Francisco, successfully bring a snapshot of Northern and Southern California art practices together under one roof, leaving judgments and stereotypes at the door.

"We wanted to share ideas, our art and our energy," commented Seiler. "Randy and I have been exchanging ideas on art for more than ten years and we want to create new ways of looking at paintings." Randy and David have done exactly that. Randy Noborikawa's "keen sense of composition and extensive use of neon" of Orange County sub-culture and David Seiler's "background of Bay Area Figurative, strong sense of draftsmanship and use of unconventional art media," allow for the two artists to explore themes of ethnicity, humanity and cultural boundaries in unique and uncommon ways. The gallery features pieces by each artist and two collaborative pieces that highlight the contrast between their cultures with Randy's neon work against David's dynamic brush strokes.

"Because of the physical distance separating the two artists, the collaborative works for this show were made while the artists visited each other in their respective studios, creating the large scale works for the show within an intense (at most) 72 hour period," noted gallery co-curator Benjamin Anderson in a recent press release. In an interview with David, he shared advise to other artists about the amount of time that one puts into their work, "You must love the process and time that goes into art. Appreciate everything and work hard at doing what you love to do."

According to David, "this is a crazy contemporary show for Carpenteria" and it clearly takes a place like The Anderson Collective to bring something bold like The Exchange to the Santa Barbara community. The Anderson Collective is unlike most galleries. The family owned gallery is a grass roots collaborative effort of three artists: Ron Anderson, Benjamin Anderson and Sean Anderson. Not only does The Anderson Collective want to attract non-gallery goers, it is committed to promoting the arts, protecting the environment and supporting human rights. They do so by having each exhibition support a non-profit. For this show, the Collective decided to bring it closer to home and has joined forces with the Carpinteria Skate Park Foundation. (http://sites.google.com/site/carpskatepark)

The Anderson Collective also has a roster of about eleven contemporary artists and is constantly searching for work like David and Randy's that generate a jaw dropping response. "I come from a family of artists so our Collective is as much an exhibition for us as it is for others," commented the gallery's co-curator Ben Anderson.

So while Northern and Southern California will continue to shape and develop in their own way, art like Randy and David's remind us that we are living in one world and are invited to exchange our ideas, energy and ideas with one another.

For more information about the show, please visit: http://www.andersonartcollective.com
The show opened on November 20 and continues through February 13th, 2011. 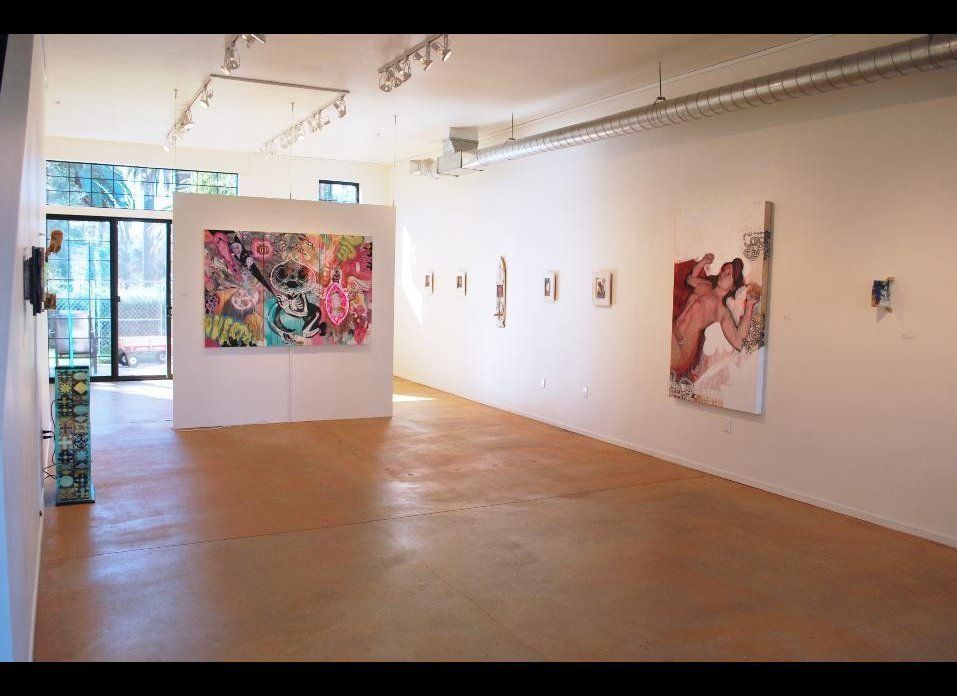