"Money is one of the most intimate things there is. I might give you the contents of my wallet, but I won't give you access to my bank account."

Meet Fran Ilich, a media artist and activist who started his own investment bank six years ago with nothing more than server space. On the eve of Bank Transfer Day, he sits with me in the dimly lit kitchen of Eyebeam Art and Technology Center where he is a fellow, to discuss the Spacebank and how he ended up at Occupy Wall Street.

The bank is a complex nano-macro economy that includes funds and eleven virtual enterprises that can be traded in a stock exchange. Ilich has set a virtual currency, the Digital Material Sunflower, designed to help people achieve their goals. 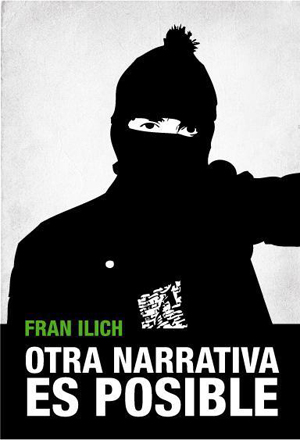 The Spacebank began when, as a student, Ilich experienced a strike in his native Mexico against a resolution for privatized education. It hit a high point when a classmate decided to take over the school and drove off with all the equipment in the computer lab. As the students kept striking, Ilich realized they had to stop and acknowledge money. That through their passion they were forgetting about paying rent. It was time to act rationally.

He started a server to regulate and keep track of the money that was coming in and going out. He had to regulate RAM consumption, hard disc consumption, and pay for bandwidth as more people came to the site. "The money I put in there was already lost. I would have spent it on a pack of cigarettes, a beer..."

Years later, he is in the process of setting up one of his commodities, which consists of a tiny vending machine selling Homies. He has been collaborating with Kaho Abe, another fellow at Eyebeam, on the design of an ATM machine from a hacked magnetic card dispenser. The machine will convert dollars to his virtual currency.

Through mimicking capitalism, Ilich questions how we can subvert the existing financial system. He has expressed an interest in opening a branch of the Spacebank at Occupy Wall Street, and has been there often, telling folks that they can avoid giving money to the banking system by starting their own bank. Ilich is most fascinated by the library at Occupy Wall Street, which is distributing books like a publishing company. His latest book, Otra Narrativa es Posible, will be available later this year from the Institute of Network Cultures in Amsterdam.

He has been offered donations for the bank that he turned down, wanting people to open actual accounts. "No donations, I'm sorry. If you open an account, then we have a relationship." Despite the importance of the movement, he has remained critical. There's so much capital flowing though Zuccotti Park that it can negate a sense of being anti-capitalist.

"Years ago it was clear to me that the actual revolution would be financial," he says. "Don't hate the banks, become the banks." 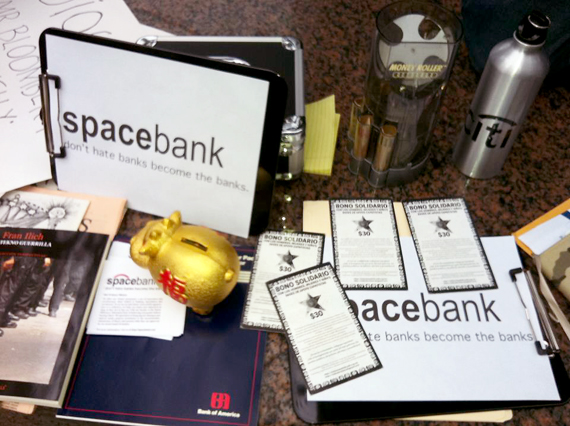