With so many eye-popping images coming from space-based cameras on Hubble, Cassini and Curiosity, it's easy to forget that ordinary humans can snap great astronomy photos from right here on Earth. The 2012 Astronomy Photographer of the Year competition celebrates these terrestrial shutterbugs, and we've compiled a slideshow of the winners.

Prizes were awarded to amateur and professional photographers from 12 countries, including two who were only 13 years old.

The fourth annual competition was organized by the Royal Observatory in Greenwich, England, in association with the English astronomy magazine 'Sky at Night.' Founded in 1675 and straddling the celebrated Prime Meridian, the observatory will host a free exhibition of the winning photographs through February 2013.

The entries, which were judged by a panel of astronomers, journalists and historians, were placed into four categories, with three additional special prizes. Photographers could compete for the title in Earth and Space, Our Solar System, Deep Space and Young Astronomy Photographer of the Year— special prizes were awarded for People in Space, Best Newcomer, Robotic Scope Image of the Year.

Australia-based photographer Martin Pugh took top honors with his "M51-The Whirlpool Galaxy," which also took away the title for "Deep Space." This was his second win in the competition. 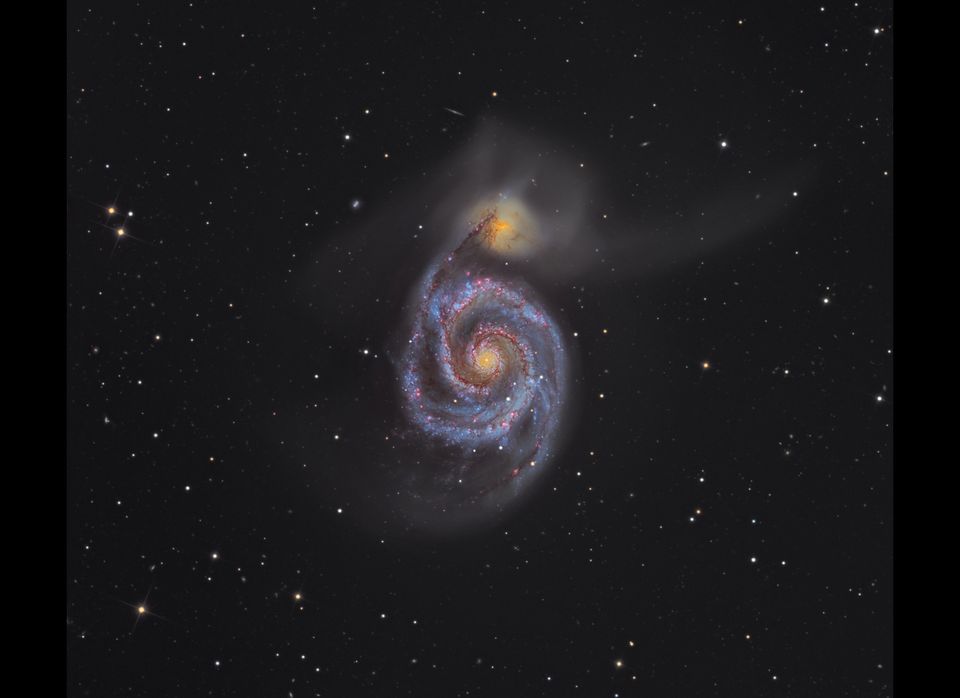 1 / 23
M51 - The Whirlpool Galaxy © Martin Pugh (Australia)
This beautifully composed image of the Whirlpool Galaxy combines fine detail in the spiral arms with the faint tails of light that show its small companion galaxy being gradually torn apart by the gravity of its giant neighbour. A closer look shows even more distant galaxies visible in the background.