If we can't figure out the racial thing in real life, how could we possibly avoid it in a high-octane drama about the chaotic music business of the 1970s? 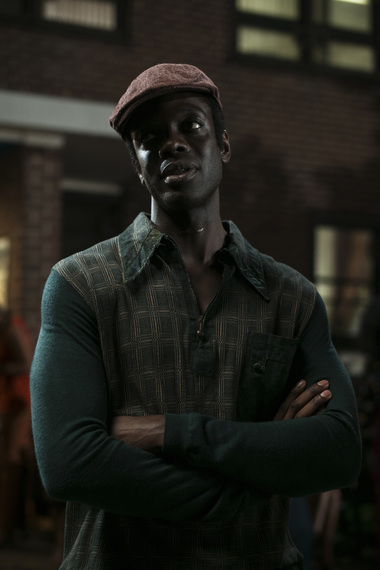 In Vinyl, which airs Sundays at 9 p.m., Essandoh (above) plays Lester Grimes, a real-deal blues singer who a decade earlier was being guided toward stardom by hot-shot agent Richie Finestra (Bobby Cannavale).

"Lester and Richie hit it off because they both loved the music," says Essandoh. "That's what they cared about."

Trouble is, the mobsters who ran the label where Richie convinced Lester to sign did not. They forced Lester to record silly novelty songs and when he demanded better, they went for his throat. Literally.

A decade later, Lester and Richie meet again. Richie runs a struggling label of his own. They talk.

"Even though Richie isn't the guy who beat Lester up, Richie was responsible for it," says Essandoh. "They can't be friends again.

"But life is complicated. Richie tells Lester, 'Look, you just had to cut a couple of the albums they wanted, then you could have made your own.' You don't know. One degree to the left, one degree to the right, it can change everything."

What hasn't changed, Essandoh points out, is that black artists and their music have been undervalued for a hundred years. That makes Lester universal.

"He's a compilation of every blues artist who has been screwed," says Essandoh. "White artists have made millions of dollars off music they stole from black artists.

"I don't blame all the white artists. I'm a huge Stevie Ray Vaughn fan and he was always very gracious about where he learned his music. But a lot of the time you'd think the white guys thought it up. Hey, hasn't anyone heard of Muddy Waters?

"When people say Jerry Lee Lewis invented rock 'n' roll, they forget Little Richard. People talk about Elvis Presley and forget he was singing black music. I don't blame Elvis. It was the music business figuring it could make more money from this music if it weren't presented from the original source."

Nor, Essandoh adds, is that just an uncomfortable piece of ancient history.

"It's happening today," he says. "Macklemore gets a Grammy over Kendrick Lamar. I still can't get over that. But again, it's not Macklemore's fault. It's the way of the country."

So it all deepens the drama between Richie and Lester - which Essandoh, as an actor, appreciates. 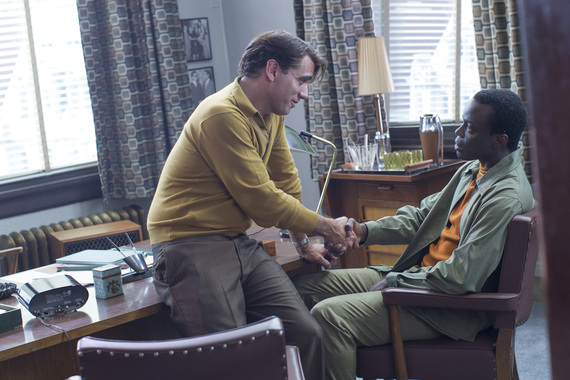 "We see Lester through the eyes of Richie," he says. "That's how the show works. But I love that we also see Lester pre-violence, then see what it did to him.

"How do you reclaim your life after someone has ruined it?"

Essandoh is more writer and actor than musician, but he says his modest musical skills did help him land the Lester role.

"They said they wanted someone who could sing like Skip James and play guitar like Jimi Hendrix," he says. "So I thought there was no chance I'd get it. They want Gary Clark Jr. But I play a little guitar, and hey, it was Martin Scorsese and Terence Winter and Mick Jagger. I had to at least audition.

"When they called to say I had it, I was in disbelief. The first day I came to the set, I fully expected someone would pull me aside and say, look, there's been a terrible mistake. We really cast Gary Clark Jr." 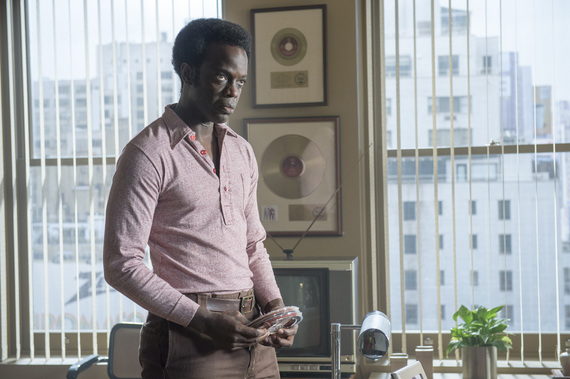 The 43-year-old Essandoh holds a chemical engineering degree from Cornell and good-naturedly admits there have been days "when I've wondered if I made the right career choice."

One of his Cornell professors, he says, tells students his class qualifies them "either to be a chemical engineer or get eaten by dogs in Django."

But Essandoh has worked steadily the last few years, on TV series that include Blue Bloods, Elementary and Copper.

In Copper, he played Matthew Freeman, a doctor in New York during the Civil War. That was an unusual position for a black man, and Essandoh says things aren't quite as precarious today.

"At the time of Copper, you could lynch a black man and send a picture of it on a greeting card," he says. "Today, to borrow from Chris Rock, white people are less crazy. It's not acceptable to lynch someone. But you still see unarmed black people getting killed by police. In a law enforcement situation, black people are not always treated the same as white people would be."

Essandoh suggests that discrepancy affects "marginalized" people of all colors, right up to the top.

"You look at how Barack Obama has had to conduct himself as President," says Essandoh. "It reminds me of Jackie Robinson, how he had to be very careful to reassure people that this was all right.

"And you still have people trying to tear him down. They make up all sorts of lies, with the goal of making him seem illegitimate.

"Our next black President, I think, can be more like Muhammad Ali."

Essandoh declines to speak the name of the current frontrunner for the Republican presidential nomination, but he says "that person" could inadvertently advance America's racial conversation.

"He rips the Band-Aid off," says Essandoh. "He shows us the deep wound. Until we see that, we can't heal. We can't figure out the forgiveness we need." 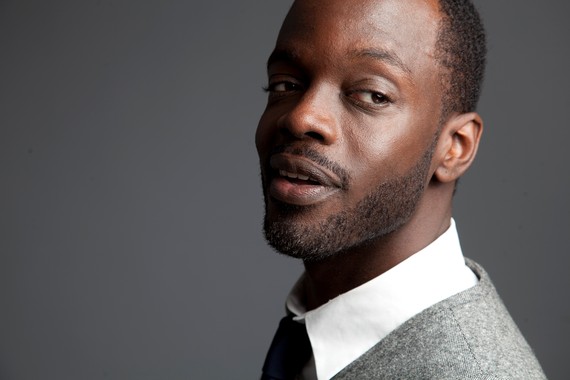 Personally, he says, "I have hope."

He also sees his own profession making progress.

"There is more equity now in movies and TV," he says. "Although I think it's mostly because of changing demographics. It's not a moral proposition. It's good business. Shows about people of all colors are making money."

Ah, the color green. Ask anyone in Vinyl about the value of that.