The last several decades have seen an increase in deadly bark beetle outbreaks and severe wildfires throughout western North America, killing trees throughout tens of millions of acres of forests from Arizona to Alaska. Although tree-killing beetles and wildfires are native to these forests, the recent increases in both disturbances have scientists, policymakers, and residents throughout the West concerned about the future of forests. Dr. Brian J. Harvey of the University of Colorado studies the causes and consequences of beetle outbreaks and forest fires. I interviewed him to learn the latest science on how to deal with these threats.

Question 1: What has caused the increase in beetle outbreaks and wildfires in recent years? Is it Climate Change or past forest management?

Answer: Climate is the key driver of beetle outbreaks and wildfires. From historical records, we know that beetles and fire have occurred in our forests for millennia. Both increased during past warm periods - long before intensive forest management, and both are increasing with warming now.

Here's why. Warm/dry conditions stress trees, lowering defenses against insects. Susceptible trees and warm temperatures together promote explosive population growth of bark beetles, which kill trees as they reproduce under the bark. Warm/dry conditions also promote big wildfires because they dry out trees and other plants, creating more flammable landscapes.

A familiar example is the 1988 Yellowstone Fires, which burned over 1 million acres during one of the most extreme droughts on record. With climate warming, we've now watched several recent fire seasons in the West surpass 1988 in total area burned, and trends show no sign of slowing. Although forest management can affect these disturbances locally, broad-scale patterns of beetle outbreaks and wildfires are a clear symptom of climate warming. 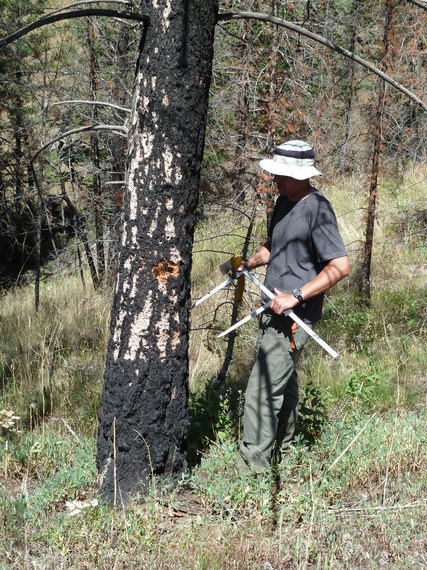 Question 2: Why can't we find a strategy to stop beetles and wildfires from destroying large swaths of forests across western North America?

Answer: The good news is that a strategy already exists! If we are serious about stopping this from happening, we need to be serious about reducing greenhouse gas emissions and climate warming. We love our forests in the West; they provide clean water and air, wildlife habitat, wood products, and recreation - fueling our economies and identities. Because of the strong effect that climate has on beetles and fires, attempts to stop these symptoms of climate change may be futile if we do not address the root cause: a warming climate.

Removing beetles and wildfires from our forests would actually do more ecological harm than good, ultimately threatening the benefits we enjoy. Beetle outbreaks and fires are natural processes that are critical to how forests operate. Without them, our forests would be very different, if they were here at all. Trees co-evolved with native insects and fires, and have many adaptations to both. In fact, beetle outbreaks and wildfires create conditions that are essential for many species that call our forests home! 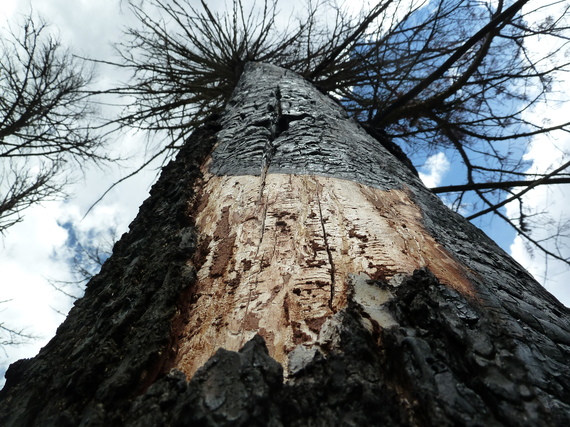 Question 3: When you think of the billions spent fighting forest fires, wouldn't we be smarter to fight the beetle outbreaks if they are what is causing these fires?

Answer: Actually, beetle outbreaks are not necessarily to blame for wildfires. A warming climate simultaneously drives beetle outbreaks and wildfires, but causal links between these two forest disturbances are more subtle. For example, most existing research has shown that beetle outbreaks in the western US have little to no effect on the occurrence, size, or severity of wildfires.

Firefighting may be more challenging in a warmer climate and in areas with abundant dead trees, but beetle outbreaks do not necessarily make fires worse ecologically. Further, some trees (e.g., lodgepole pine) possess adaptations to both disturbances, which can lead to prolific recovery after beetle-affected forests burn.

Solutions will need to address the root of the problem, not the symptoms. Think of it this way. If you were driving your car and the engine started overheating because the radiator was broken, the engine might start smoking and eventually blow a cylinder. Replacing the cylinder and pouring water on the engine treats the symptoms, but doesn't address the cause - the broken radiator.

With forests, focusing solely on stopping beetle outbreaks or wildfires is only treating the symptoms of a warming climate, not the cause. Without addressing climate warming, we may be in for a long and expensive road trip of treating symptoms.

Question 4: What's wrong with the practice of thinning to solve these problems?

Answer: There's nothing inherently wrong with thinning, depending on the context and management objectives. However, the real issue here is that there are unlikely to be one-size-fits-all management solutions in our forests. For example, in ponderosa pine forests characteristic of low elevations in the southwestern US, past fire suppression has in many areas led to forests that are now unnaturally dense and at greater risk of severe wildfire. In such forests, thinning is a valuable tool for restoring ecological integrity and reducing risk of extraordinary disturbances.

However, spruce, fir, and lodgepole pine forests in higher elevations of western North America (think Yellowstone or Rocky Mountain National Parks) are naturally dense, adapted to severe wildfires, and recover naturally following beetle outbreaks. Widespread thinning in these forests would represent a fundamental change to their structure and impair their ecological integrity.

Prioritizing forest treatments (e.g., thinning or removing dead trees) locally around homes and communities can help protect societal losses from wildfires. But at broad scales across the western US, a one-size-fits-all approach such as thinning would be not only logistically impractical, it would still not address the root cause of increased beetle outbreaks and wildfires: climate warming. 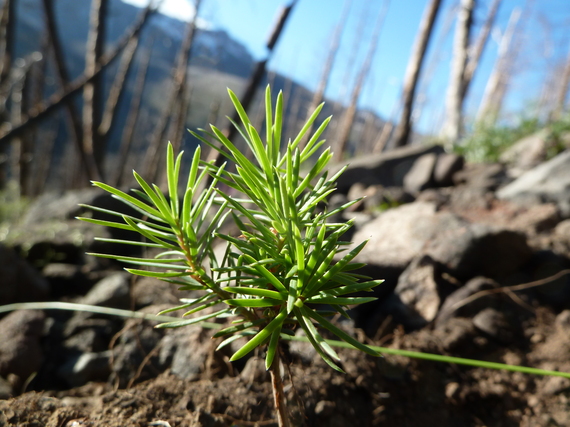 Question 5: With the warm winter we are experiencing due to El Niño, are we likely to see even greater damage caused by bark beetles and forest fires in 2016?

Answer: Forecasting any one specific year is important for near-term management concerns, but it is imperative to also maintain a broader focus on long-term trends. Like the stock market, predicting next week is more difficult than using a longer dataset to predict what might happen over the next 10 years.

Forests were able to rebound following past fires and beetle outbreaks, but the direct effects of a warmer climate may erode this resilience in the future. In some of my current research, we're finding that fires followed by drought (which are expected to increase in frequency) can substantially reduce the rate of forest recovery.

Dr. Brian J. Harvey is a forest ecologist, primarily focusing on conifer forests in western North America. His research emphasizes spatial analyses aimed at improving our understanding of how forests respond to wildfires and insect outbreaks, so that we can inform effective land management. Dr. Harvey is currently a David H. Smith Postdoctoral Research Fellow in Conservation Biology based at the University of Colorado-Boulder.