The new Batmobile has arrived! Fans lucky enough to stumble across the "Suicide Squad" set on Monday night in Toronto captured Batman's new ride in action as it chased what appears to be the Joker's purple Lamborghini.

Ben Affleck's Batman has been rumored to appear in David Ayer's upcoming "Suicide Squad," and he was even spotted on the Toronto set. While Affleck's appearance in the DC Comics film hasn't been confirmed, we at least know the Dark Knight will face off with the Joker on the streets in "Suicide Squad."

We got our first look at the Joker's car last week when photos and footage of "Suicide Squad" leaked from the set. In it, Jared Leto's buffed-up Joker gets out of his car and knocks out Margot Robbie's Harley Quinn.

Now, fans can see the Joker behind the wheel.

CORRECTION: A previous version of this story misidentified the Joker's car as a Lamborghini. Car Scoops has suggested the car is an Infiniti G35 Coupe with a Vaydor conversion kit, but the filmmakers have yet to confirm the details of the villain's ride. 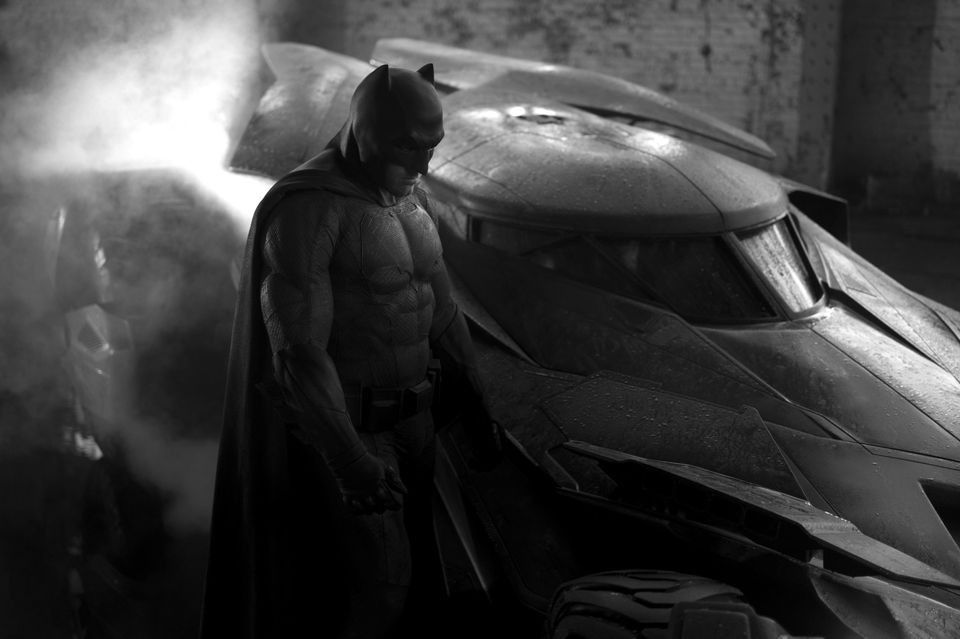