Today is my Granny's 85th birthday. 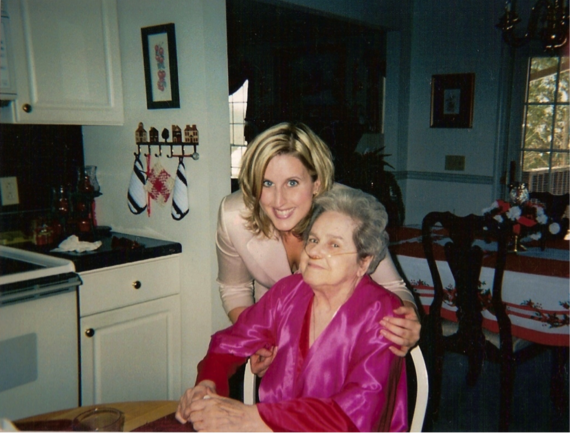 When I was eight years old, I rushed into the kitchen afflicted with a cut on my wrist. She cocked one eyebrow, looked down her glasses and calmly responded in her Southern drawl to the screaming child in front of her. "Well, you're not deaaaaad yet."

Ah. OK. So, should I get my own Band-Aid then? Alrighty then.

I recounted this story at her funeral in November 2006 fighting back the tears that simply flooded my face, my family in the pews before me. I had been elected to speak in her honor, my mother and grandfather too awash in emotions to be able to speak.

At one time, my grandmother's abrasive nature bugged the hell out of me. Between my lackadaisical brother and I, she was by far harder on me. I was never sitting straight enough in my chair. I was always eating my food too fast, or using the window opener in the car without her permission. It appeared that I never had her approval under any circumstance. When I became a teenager, I asked her why she continuously gave me such a hard time. She responded, once again, with the calm of a cucumber, "Because I expect so much more from you."

Damn it. How do you argue with this woman?!

My grandmother matured in an era where women were expected to be housewives and weren't given the option to choose a career if they so wished. She came from very humble beginnings in Cadiz, a small town in the middle-of-nowhere in the southwest corner of Kentucky. 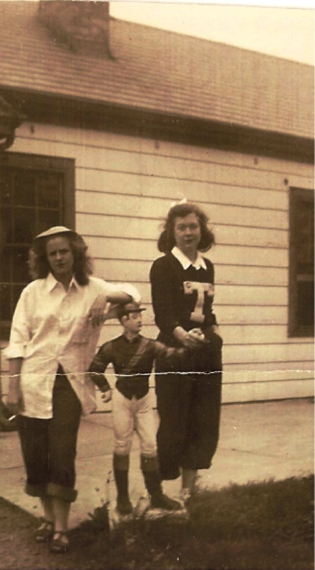 Granny/Ms. Betty Bush on the left with cigarette and don't-mess-with-me glare

Cadiz itself boasts four restaurants, one of which carries the city name and has a buffet bar that doesn't seem to enjoy a proper heat source. It's the sort of small town where everyone knows who you are even if you have no idea who they are. My grandmother had mixed feelings about her hometown aspiring on the one hand to flee from the restrictions of a small town universe but yet being pulled back by her family ties.

When my grandfather, referred to as Big Daddy in the southern tradition, retired from his job as an executive vice president at a construction company in New York, he forced Granny's hand to return to Cadiz. He wanted to be closer to his family again. She made the return move kicking and screaming but doing so based on a promise she had made to my grandfather to do so after he retired. 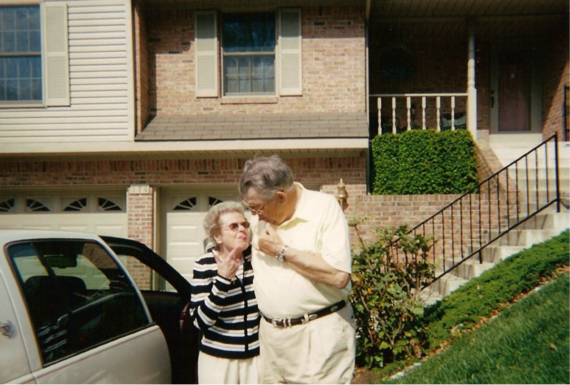 Granny and Big Daddy at their retirement home in Cadiz, KY

This brings me to my grandmother's secret Wonder Woman super power. Under the red leather jacket, five-foot frame and Southern lady hairdo laid a BADASS. 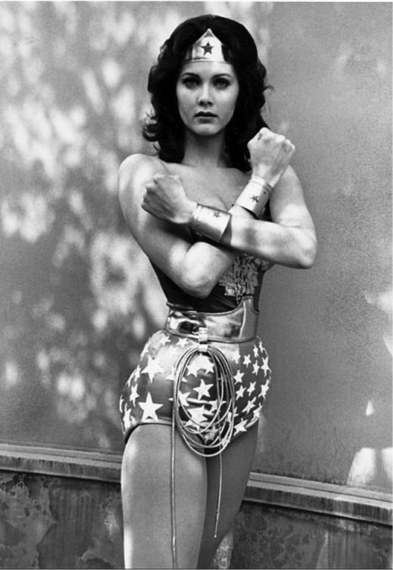 When my grandfather started making money for the family, he attempted his hand in the stock market, investing $5000 in coffee. He lost all his money due to the volatility of the black beans and decided never to take a risk in stocks again. My grandmother came to him and said, "Billy, I'd like some money." "What do you need it for, babe?," he responded. "I want to try investing it." He thought there was no reason not to let her try what he had failed at so he gave her $5000 and promptly forgot about it for the next year and a half.

When he remembered the initial investment, he asked Granny flippantly, "Hey, how are we doing in the stock market, babe?"

She cocked that eyebrow, like she did when I accosted her with my bloody arm, and showed him a statement. My grandfather looked at the figure and laughed a nervous laugh, realizing, the woman is SERIOUS. She had quadrupled his money.

My grandmother became one of the most successful traders of her time, pouring her free time into learning and investing, like Warren Buffett advises, in what she knew. She made them a small fortune leveraging my grandfather's salary to explode their income. She did it all in a shiny red leather jacket with tissues stuffed in every pocket and a handgun that she sometimes toted in her purse "just in case."

In my time in senior management in corporate America at a global advertising agency, television network, and cosmetics brand, I have never met a smarter CEO than my Granny. My grandmother was a take-no-prisoners kind of woman who you simply did not fuck with. She understood what many women including this one forget: Take care of yourself so you can take care of everyone else. I typically reverse the order on this trying to take care of everyone else first and then stuff myself in there if I can, usually without success. This is why I periodically forget to brush my teeth.

Let's talk about that handgun. I first witnessed my grandmother's .32 caliber Colt six-shooter while at the grocery store with her. When she opened her little black studded pocketbook to pay the nice lady at checkout, I peered into the black abyss and saw a gun staring back at me. Being a little girl who grew up in the Northeast rather than the country wilds of Kentucky, the sight of a gun was enough to make me fear my grandmother intensely.

Was she in the mafia? Did she have beef with someone who owed her a sum of money?!

All I knew was, I was NOT planning on crossing this woman. Ever.

My grandmother and grandfather worked together to make themselves a nice living. He, building water towers and other concrete structures around the world, and she, investing his salary to make it work as hard as possible. She didn't need any recognition. She did it like a silent avenger behind the scenes with a pan of broccoli casserole in one hand and a ledger of transactions in the other. She is the epitome of everything I want to be in my life as a powerful unique woman.

Feminism is about being whoever the hell you want to be separate from any of the stereotypes man, woman or child has about what it is to be a woman. I want to be a mom and run my own restaurant in Mexico. When I told a friend that I yearned to be a mother, her incredulous response was "Ewwww, Caroline, why?!" It should be perfectly acceptable for me to want to be a mother just as it is her desire to be master-of-the-universe in industry. It turns out, my grandmother did both and did them both better than anyone I have ever met.

My grandmother traveled to Providence, Rhode Island in May 2000 to attend my graduation from Brown University, one of the proudest days of my life. She had emphysema and walking anywhere with her oxygen in tow was extremely challenging. Each step she took was akin to climbing a mountain for a healthy person. Yet, she did it all because of how much she loved me and wanted to be there on one of the most important days of my life. It was the last trip she would make out of Kentucky.

She died in a hospital 30 minutes from her home gasping for breath even while the machine pumped air into her lungs. My grandfather had to make the most difficult decision a partner will ever have to make in their lifetime: to let your loved one go so they won't be in pain any longer. She had told him that she didn't want to be left alive if the outcome was suffering on life support. The doctors explained to my grandfather that she would never recover and would only live another day at most trapped in agony. The plug was pulled, and he held her hand while she slowly flew away.

On this day, her 85th birthday, I honor her memory and hope that I can someday be 1/8 the woman she was. 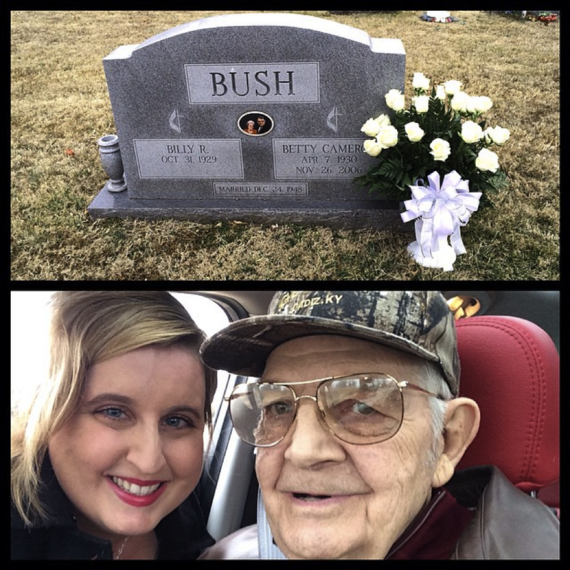