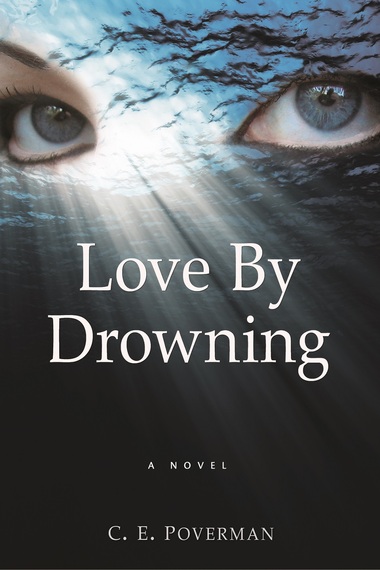 I am not lying when I say this book is better than Gone Girl by Gillian Flynn. Poverman gives us a situation and set of characters as mysterious and intriguing as Flynn does, he surprises us just as much, and we are as riveted to the author's slow unraveling of the main players' psychologies. We keep reading Love by Drowning because ultimately we must know about Davis and Lee Anne. We are as defenseless against their allure as is Val, and we will read on till we've been given the scenes with which to make sense of their tangled and dangerous triangle. But a difference between this book and Flynn's is Poverman invents characters we actually care about. The man and woman whose points-of-view we alternate between in Flynn's book are both so unlikable, it was difficult for me to keep reading. I get it that this was the author's intention; I get it that the book is a bestseller. But for me, Flynn's portrayal of them as one-sided, as essentially evil, is a flaw and a weakness. Who wants to hang out with them for as long as it takes you to read that book? What Poverman has done is both more skillful and more realistic: he's painted three-dimensional characters who are as likely to do right as they are to do wrong, characters whose obsessions and actions blur the line between good and evil, whose backgrounds and circumstances justify the havoc they wreak.

Among many gorgeous passages, here's a description of Davis, as a high school football player:

"...he would be all over the field, blitzing the quarterback, breaking up passes and making interceptions or tackles with unbelievable force, with the precipitous, explosive clatter of a car crash...blue eyes burning with a trance-like brilliance above the blacking on his cheekbones."

And this, describing brothers Val and Davis on a sailing trip to the Bahamas:

"Sailing from island to island, he and Davis had entered a kind of paradise, swimming, fishing, diving in water so clear it was like hanging suspended in a silvery-blue, sunlit room, where you could look sixty or eighty feet below and see the force of vast silent currents, sharks and rays lying motionless above the bottom, and schools of silvery fish eddying around the towering coral heads, and where at night, when the boat hung at the occasional, out-island dock under lights, the water clear and motionless, the hull seemed to float in midair above the sand."

Love by Drowning has within it many glorious parallels: two generations of fathers and sons disappointing each other; the son of Val, who is growing up to be a replica of Val's brother Davis, both a good and a bad thing; things that collect at the bottom of the ocean--a man, a boat; things tangled up in lines--a brother, a marlin, a corpse; the broken glass all over two murder scenes, decades apart; Lee Anne--a woman who keeps herself sharp by doing crossword puzzles, who is herself a puzzle, whose cryptic postcards to Val, over a 16 year period, are a riddle to be assembled, deciphered and solved; Lee Anne's former self, seemingly as easy to abandon as a winter coat in a Miami Greyhound station; stolen boats and babies--dock lines and umbilical cords severed.

However flawed these characters, however misguided, you will sympathize with them. Through this novel's complications and layers, Poverman demonstrates that there are multiple ways to drown. 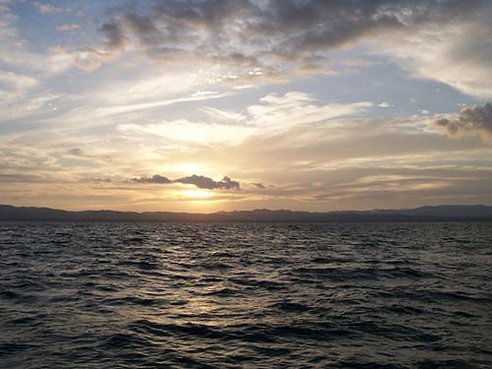 C.E. Poverman was kind enough to answer a few questions about the writing of this novel, and about writing in general. Our conversation follows.

Bishop: In Love by Drowning, you acknowledge an article by Peter Wright in Motor Boating & Sailing magazine, which reports on an accident at sea. Obviously to write this novel as well as you did--a fictional imagining of such an accident, the important befores and afters for the players involved--you must have a good deal of maritime experience yourself. Can you comment on that? Was there research involved? Or were you drawing from your own familiarity with fish and fishing and boats?

Poverman: The Peter Wright article was about a guy being pulled overboard in an incident much like the one I describe in the opening of Love by Drowning. One minute, he is handling the wire leader of a smallish marlin, and the next minute he's snagged and over the side and gone in maybe 20 or 30 seconds. I sat up in my chair and was terrified. I cut out the article with absolutely no idea how or if I could use it. And that's just writer's work, writer's routine: things catching your interest. I had no idea it might turn into a novel. No idea who the characters might be. Or what would happen to them. I believe Herman Melville must have experienced a moment like this when he heard about a whale attacking a whaler, the Essex, ramming her so hard that she sank. Out of this came Moby Dick.

This marlin incident did not fall in a vacuum. I'd grown up on boats; my father always had boats and handling them, working on them, smelling them, getting tossed around in them were second nature. I was always pretty at ease, but implicit in your being on a boat is that you can get knocked overboard, injured, run over. For years, right in there with all the standard anxiety dreams--late to take a test, can't find the classroom, the one where you're teaching a class but you're naked--were boat dreams: the boat is filling with water, the boat's going down, something huge and monstrous is coming up from below. So that article landed in the middle of my fears; when I'm on a boat, I keep a deck knife with me; if something snags you and pulls you over, maybe, just maybe, you can cut yourself free.

Bishop: You've now published two collections of stories and five novels. At this point in your writing career, do you still write short stories or do you find you're most driven by the longer form? After Love by Drowning, what's the next project?

Poverman: I write what I can at any given time. Obviously, you're listening into yourself to see what that might be. I believe that I used to write with a fairly consistent overall rhythm. Several stories over a period of months or even years. And then if something in one or two of them called me back, I might try the material to see if a question was unfinished. And I can feel that rhythm still working in me. Maybe the larger point is that the same kinds of writer's work are still in play. Kind of what I described in finding the Wright article. Something catches your attention. What is it? What does it mean? It was a year or two before whatever the marlin story had triggered in me started to come to life. You learn to incubate different things--an article, images you've written down, dreams, questions in your journal. You have to nurture your questions to find out which ones are real and persistent and charged with energy and which are superficial and lead nowhere. I used to say to my students that writing was very expensive--time, energy, concentration, commitment--and so I--we as writers--wanted to be as sure as I could before I tried things. If it wouldn't let me go, that was a good measure. Even so, one still has projects that don't work out. But what I do find is that if the thing is really there and really important, one can console oneself that though a specific story or novel might not come together in a given time or place, the overall impulse will re-emerge. It gives you the courage to keep trying things. You just have to keep showing up. I'm a blue collar worker in this art. I just work all the time...something will come of the work.

I've finished two novels since Love by Drowning. They are very different from each other. Degree of Difficulty is about the world of competitive diving. Nothing has been written about diving in fiction--as far as I know, it's a first. In the other, Grace within Her Mother's Silence, a sister deals with an impossible sister under extremely trying circumstances, her past, her whole life, her life with her husband, interwoven into it.

I've also finished several stories. One, "Baby R," was in Ploughshares. Maybe six months after it came out, I sat up one morning and said to myself, screenplay, and I took one of the narrative strands as a starting point and turned it into a screenplay.

I love writing screenplays and at times they have drawn off some of the writing energy which might have otherwise gone into stories. But it's all writing. All story telling. All discovery. I'm in the process of getting a new agent, and once I have--an art in itself--I'm hoping to set all of this work in motion.

Bishop: No matter how long you've been writing (and teaching writing) I imagine each book presents a new set of challenges, difficulties, and momentary panic. Those moments where we say What was I thinking? Can you talk about a particular challenge or hurdle that Love by Drowning provided? Is there any one thing you can identify as something this book taught you about your writer-self or writing in general?

Poverman: Two writers come to mind. Doctorow famously said in an interview that writing a novel is like driving in a snowstorm--or words to that effect--and that all you can see is right in front of the car. And so, yes, on any given day, there's an on-going anxiety and panic. Just to start mixing metaphors: am I building a bridge to nowhere? Is there another side as I build out into the dark and will I reach it? Will this thing come together? Two, three, four years working alone and you feel isolated and anxious. The second writer, Norman Mailer, also in an interview, said that in writing his narrative non-fiction, he always knew he could pull the thing together and make it work out. But writing a novel was like falling in love; you either fell in love or you didn't, but obviously, as much as we might want to be in love, you can't force it. With Love by Drowning, I had the sense that I had fallen in love, that I had found my way into a terrible, but beautiful world, which was nightmarishly difficult, but astonishing, and which extended me in every way. An interviewer asked me if the writing of the novel itself wasn't like the marlin which had hold of me, my line; I became aware of that only after I had been writing for several years. Each novel feels like that, something which takes hold of you, and which you can only hope you have the ingenuity and stamina to survive. Unlike Davis, the brother who was pulled overboard, I survived. 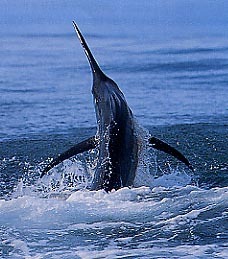