Since the United Nations Food and Agriculture Organization published a 2013 report touting insects as the sustainable food source of the future, the edible bug industry in the U.S. has been on the rise. People are interested and the market has responded -- slowly, but it's happening. While 80 percent of the world's cultures consume insects in one way or another, stateside, the idea has long been associated with unsanitary industry conditions.

But when insects like crickets are organically grown with the intention of becoming delicious baked goods, it's an idea that's a lot easier to digest. Mostly. Take a look at this freshly baked cookie: 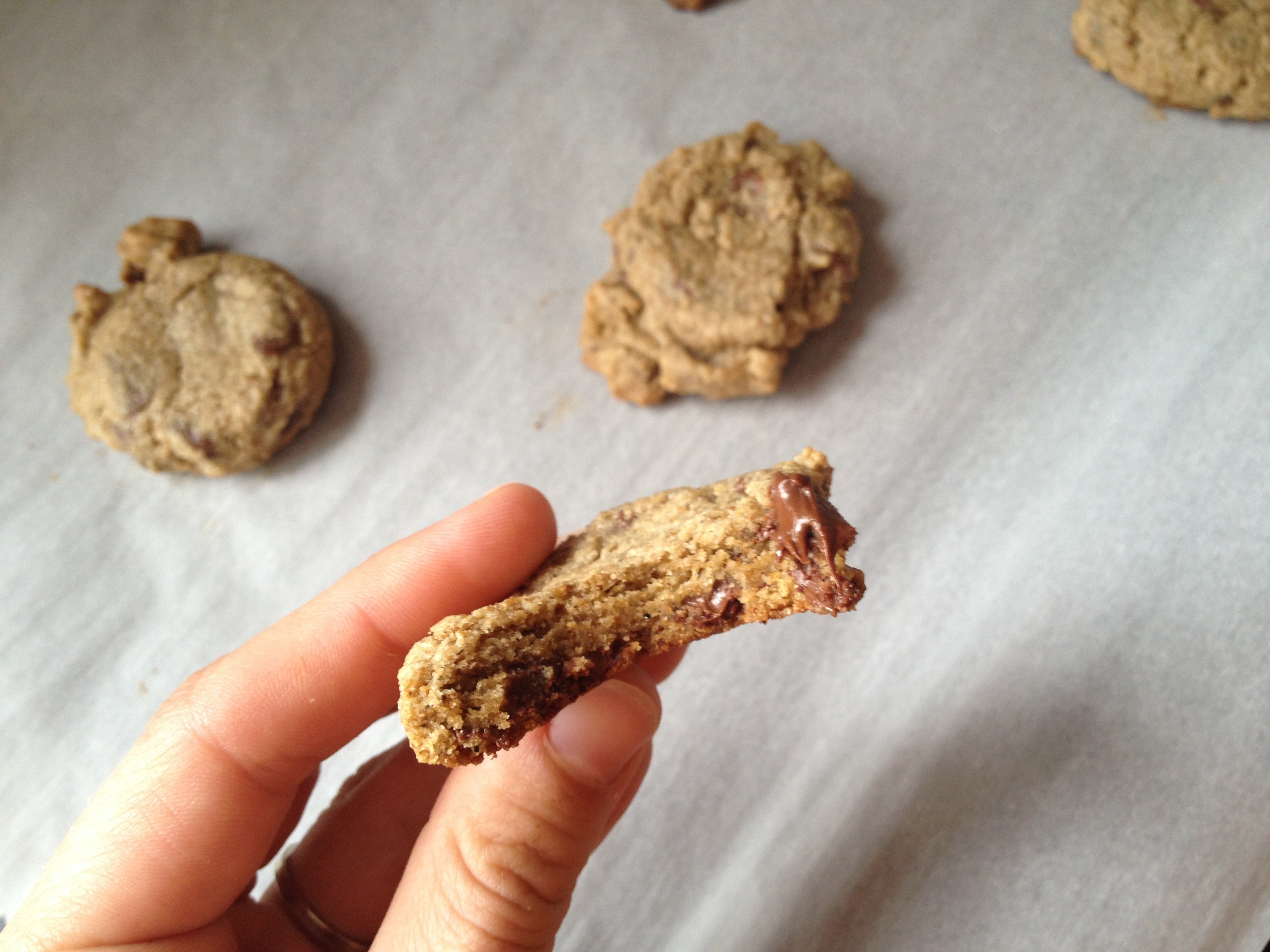 There are crickets baked into that chewy cookie. Probably about eight in each one. And no antennae or legs will poke out from under a chocolate chip, because the crickets have been ground up into a flour. That flour came from Bitty Foods, a San Francisco-based bakery committed to the idea of making edible insects delicious.

And you know what? Their mission is kind of working. I ate more than one of these cookies I baked with the cricket flour. (Confession: I ate four.) And so did the people I fed them to.

That's not to say that a cookie baked with Bitty cricket flour -- which is a combination of ground crickets, cassava flour and coconut flour -- tastes just like one made with all-purpose flour. It does not. Since there is no wheat in these cookies, their texture is similar to that of a gluten-free baked good. They're slightly gritty, too; little bits lodge in between your teeth after eating one. It's not a totally unpleasant experience, until you realize that there are crickets hanging out in your mouth, which is slightly unsettling.

On the plus side, crickets add an earthy, nutty flavor that gives more depth to the classic cookie. Also, they're protein rich -- a quarter cup of cricket flour contains 7 grams of protein. Since it appears that's where the future of our food is headed, we may as well get used to it.

Bitty sells not only cricket flour for baking, but also ready-made cricket cookies in three flavors: Orange Ginger, Chocolate Cardamom and Chocolate Chip. The cookies retail at $10 a bag, and the flour is priced at $20 for 20 oz. That's a steep price considering that a pound of all purpose four is as cheap as a dollar a pound, but if you consider the fact that about 4,000 crickets are required to make a cup of flour (gulp!) it starts to make sense. The hope is that the price will drop as demand for crickets rises.

I handed out a few different flavors of Bitty's cookies around the Huffington Post newsroom and was amazed at people's reactions. Some folks were happy to give them a try, and others recoiled at the idea. Clearly, insects are not yet one of our favorite food groups, but check back with us in 25 years and it's possible that will have changed. If there's one way to America's heart, it's through baked goods. 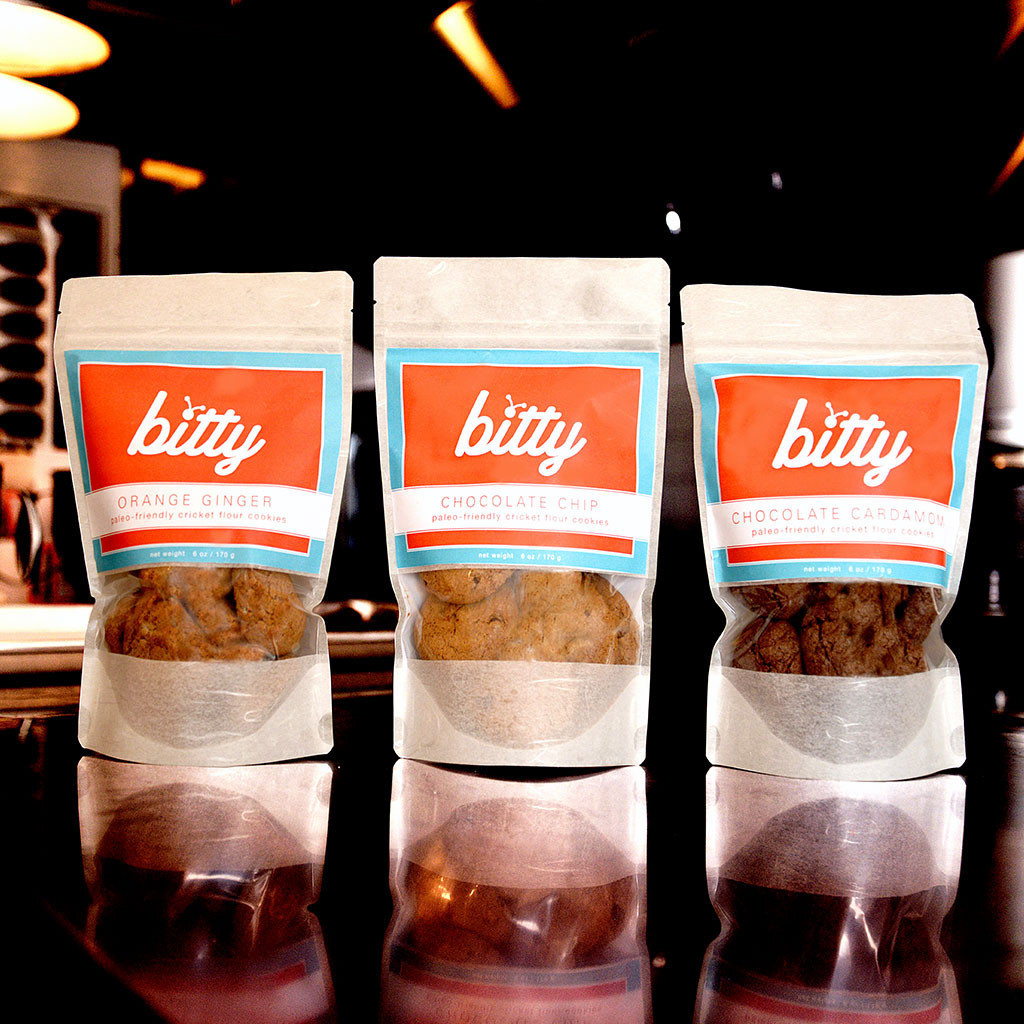 What's your stance on eating insects? Could you chow down on cricket cookies? Let us know in the comments below.