Only a month ago, Blink-182's seventh studio album, California, debuted at number one on both the US and UK charts, somehow managing to bump Drake from his nine-week run at the top of the Billboard 200.

As a music fan who grew up listening to Blink in the late 90s, I couldn't believe this group of 40-something dads -- who I overheard a teenager label as "classic rock" last summer at a Modest Mouse concert -- are selling better than ever in 2016. As strange as it feels to a "first wave" Blink fan (can that be a thing?) like myself, it signals unquestionably that 90s pop-punk is again in full vogue, and the underground emo revival started in 2010 will likely also reach the mainstream soon. 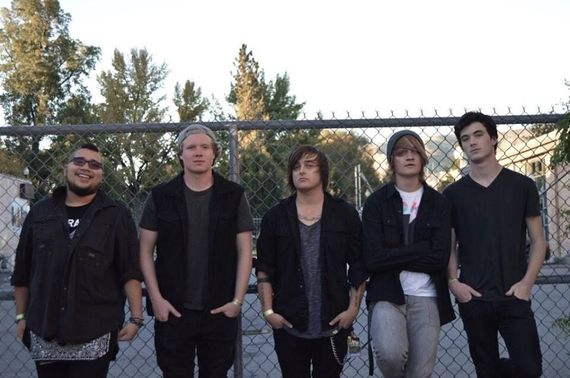 This opens doors for bands like The Departure, a five-man punk-crossover group from Salt Lake City who've already opened for the likes of Phantogram, Cold War Kids, A Day To Remember, and Capital Cities. Their latest EP, Gateways, features tracks like "Lonely Eyes" and "For the Best," both above and below, heavy on pop-punk whine and harmonies reminiscent of acts like Yellow Card, New Found Glory, and even Relient K.

A few tracks, like "The Sea Part II" hit much harder than others, treading on screamo territory once covered by bands like Thrice, and moving away from the approachability new emo and punk bands like The World Is a Beautiful Place & I Am No Longer Afraid to Die and The Hotelier offer to fans fresh to the scene.

This sonic variety may actually be hurting The Departure more than helping them. With so much revival happening in every pop-punk and pop-emo subgenere, the sooner The Departure decide who they want to be, the sooner they'll find their mega fan base--which they will. These Utah boys have got what it takes to catch even pop-emo prodigy Christian Holden's attention.