Whether it's a desire for a flatter stomach, toned legs or a lower body mass index, many young women, unfortunately, are no stranger struggling with body image pressures. The latest obsession, according to some teen girls and experts, is attaining a "thigh gap."

Often featured in images on "thinspiration" blogs, the "thigh gap" -- an inch or two of space between the upper thighs -- has become an unhealthy obsession for some teen girls.

Last February, The Huffington Post wrote an exposé on the increasingly popular teenage "thinspo" community on Tumblr, and the ways in which the social media site was inadvertently promoting serious eating disorders like anorexia and bulimia.

“It’s easier when you have people supporting any unhealthy habits you have,” Carolyn Gregoire, HuffPost Associate Lifestyle Editor, said in a HuffPost Live segment yesterday. “Whether it’s smoking or trying to become a really unhealthy weight, a lot of girls use Tumblr to connect with each other... and it really adds fuel to the fire of an unhealthy mentality.”

Gregoire explained that the "thigh gap" is also a big part of fashion culture. "We’re seeing a lot of these ‘thinspo’ photos as street style or ‘real girls,'" she said. "There’s this community of women who have this style and ‘thinspo’ is a part of that. You have to be really skinny to wear these clothes and be a part of this fashion blogosphere."

While this body image obsession is often spurred by social media and fashion trends, young women say it is also the result of peer pressure and worrying about competing with other girls. "Girls care more about what other girls think of them than guys," said Rozansk. "They just really want to fit in and make friends, and they think having a shape like this will get them that.”

Still, Rozansk believes that the "thigh gap" fixation can open a new window of conversation about low self-esteem caused by an excessive focus on appearance, which can be remedied by focusing on inner beauty and the non-physical things that make someone special.

"It's always nice to get a compliment about how you look, but if it's a personal comment its even better," Thorsheim agreed with Gregoire. "I like being told I'm funny and nice. I think those compliments are 10 times better than saying, 'your hair looks nice today.'"

Tell us: Have you noticed the "thigh gap" trend on Tumblr or in real life? How do you deal with body image pressures? Share your thoughts in the comments or tweet @HuffPostTeen. 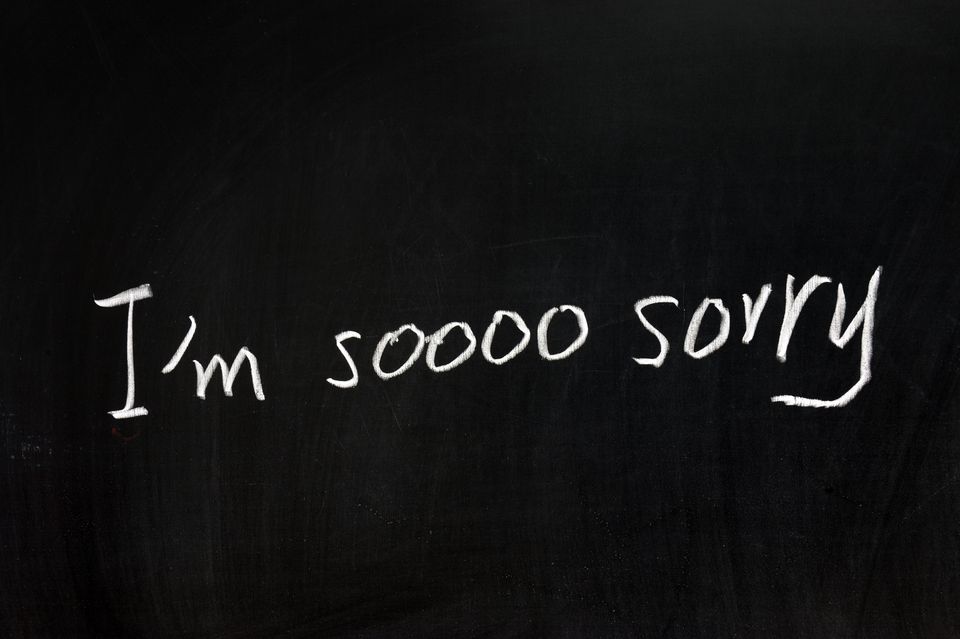 1 / 7
Stop Apologizing
If a legitimate apology is warranted in the situation, then by all means, say you're sorry. But if you've gotten into the habit of apologizing just for taking up space, it's time to make a change. Don't apologize for being yourself, being different or going against the grain -- saying you're sorry for any of these things is saying that there's something wrong with you.
shuttterstock