It's not the cleavage of Bollywood actresses but the flatness of on-screen characters that's driving the objectification of women in India. 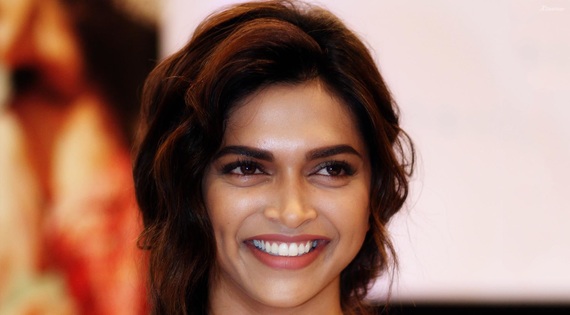 "There are only two types of women: goddesses and doormats," Picasso once famously said. In India today, Bollywood actress Deepika Padukone is undoubtedly the former.

Last week, The Times of India (ToI) tweeted out a video compilation of Deepika's cleavage. Widely shared, it elicted criticism from the Bollywood actress herself who tweeted: "YES! I am a Woman. I have breasts AND a cleavage! You got a problem!!??" and "Don't talk about Woman's Empowerment when YOU don't know how to RESPECT Women!" ToI added fuel to the fire with an apology that claimed the tweet had been meant as a compliment, and again, yesterday, with an article that shamed her for her for flaunting her body in real life and called her out for her "hypocrisy".

The incident comes at a time when women's rights is, more than ever, a hot button issue in India. Many allege that Deepika herself played a role in perpetuating Bollywood's culture of of objectification of which she is now a victim. BuzzFeed India's Rega Jha perfectly summarized why ToI was in the wrong: "Admiring and focusing on a woman's assets is not a crime. Doing so without her consent is. "

Deepika's wardrobe and her embracing her sexuality are personal choices that she should not be shamed for. But the incident is the tip of a much larger iceberg. It's not the cleavage of Bollywood actresses but the flatness of their on-screen characters that seems to be driving the objectification of women in India. Beyond the realm of body parts, clothing choices, and sexuality, it is questionable as to whether Bollywood actresses, including Deepika, have done much to empower women with their body of on-screen work.

Last week, Deepika issued a widely-shared statement where she made some problematic arguments. In her message, Deepika writes: "Digging out an old article and headlining it "OMG: Deepika's Cleavage Show!" to attract readers is using the power of influence to proliferate recessive thought."

Similarly, agreeing portray female characters who reinforce dangerous stereotypes to attract viewers is also using influence to proliferate regressive thought. This is something Deepika and several Bollywood actresses are complicit in which is inconsistent with respecting women and sends mixed messages to impressionable viewers -- both male and female.

Right from her debut in Om Shanti Om, Deepika has portrayed and reinforced the golden girl -- a dangerous stereotype of elusive, female perfection. The characters she and so many Bollywood actresses portray are ultimately flat, uncomplicated, two-dimensional stock characters that typically range between the girl-next-door and the diva. They may be flawed in small ways, but ultimately lack nuance, conform to and reinforce cultural expectations of a wholesome but ultimately submissive Indian women. The likability of these flat and boring characters hold the actresses' off screen reputations in good stead but reinforce the very norms that imprison and render so many Indian women vulnerable, as they did Deepika, to disrespect and sexism.

The one time Deepika played a relatively nonconformist character was in the eminently regressive Cocktail. In the movie, she plays an independent career woman who dresses provocatively, smokes, drinks and sleeps around casually with a guy who shares her edgy lifestyle and whom she falls in love with. However, when she realizes she's fallen for him, she abruptly changes her ways and becomes domestic, religious, needy and a modest dresser. The guy ultimately ditches her and gets married to her best friend -- a stereotypically good Indian girl. In a sense, Cocktail used the same disappointing archetypes you see in several hit Bollywood films. (Remember Kuch Kuch Hota Hai?) In all cases, the feminine conformist who panders to patriarchal expectations gets the guy. The nonconformist, whether she's a tomboy or "too" independent, exists to serve as a cautionary tale. The message is that women who do not conform to such cultural expectations of femininity, submissiveness and chastity are not worthy of respect as women or human beings.

The fates of real life nonconformists bear a striking resemblance to their reel life counterparts. Several Bollywood actresses self-objectify, but not all get away with it. In the getting away or lack thereof, hierarchies of respectability get created. Indeed, ToI has had the brazen Poonam Pandey's photos up for ages and no one has batted an eyelid.

No matter how bold their roles, off-screen, actresses are expected to be"respectable." This reinforces the Madonna-whore complex -- a double standard where in the actress must be seen as demure even if the characters she plays are debased in that their sexuality is tailored solely to titillate the heterosexual male gaze. Off screen, this sets an expectation for non-celeb women in India to tread the fine line between being sexy and desirable, but simultaneously, not sexual and inviting disrespect. Several A-list actresses are guilty of perpetuating this dichotomy, and we as viewers are guilty of egging them on. Note the lack of such a problem for male actors.

On screen, an A-list actress like Katrina Kaif in Sheila ki Jawani -- can simultaneously self-objectify and withhold consent -- and viewers think it's hot and worth celebrating. But actresses who do the same thing offscreen -- like Mallika, Rakhi or Poonam -- tread dangerous ground. Off-screen brazenness threatens patriarchal Indian culture. Outside Bollywood, Malayali celebrity Ranjini Haridas was actively targeted for her outspokenness. Female celebrities who break taboos tend to not be treated with the same respect as the likes of Deepika in mainstream media. They are frequently seen as fair game and slutshamed.

Deepika writes: "My issue is you propagating the objectification of a REAL person,and not a character being played. Sure,dissect my characters if you wish-if it is of so much interest then discuss the character's cup size and leg length if it is relevant to making the role convincing. All I am asking for is respect as a woman off-screen."

With this devastating logic, Deepika strips her on-screen characters of their humanity, and distances herself from them -- thus absolving herself of responsibility for the outcome of of the very messages that have led to her and countless others' off-screen victimization.

Only when Bollywood portrays female characters more realistically, and holistically, as more than just a reductive, regressive, stereotype-the "it girl", "girl-next-door"", "tomboy", "vamp" -- can we can hope to see progress. I mean, do you know of an Indian woman, or indeed a human being, who is NOT complex and layered? There is no reason for female characters not to be.

Kalki's character from DevD, Kangana in Queen, Vidya in the The Dirty Picture or the girls from Chak De! India are examples of women from different walks of life who don't conform and may be even disgraced within the realm of Indian culture but are ultimately strong characters, human and endearing. They inspire empathy, compassion and respect for women.

We don't need to see any more perfect good-Indian-girls on screen grovelling for validation and respect- we need to see more perfectly imperfect, bindaas, badass Indian girls who overthrow the establishment and TAKE the respect owed to them as human beings.

It is easy for women like the real-life Deepika to be the proverbial goddesses because of looks, celebrity, wealth, or social privilege. But the vast majority of women in India are not insulated by those things and are vulnerable to gender-based violence by men who do not see women's humanity being portrayed in the media. It is the laywoman who is most affected by such Bollywood representations, and for whom better representations would offer permission to march to the beat of her own drum, that holds the key to her empowerment.

I applaud Deepika for standing up for herself and aligning herself with the the larger issue of female empowerment in India. I only wish her and other Indian actresses would use their power to take a stand on screen. I for one would love to see stronger and more complex female characters whom we can emulate not for looks and clothes, but for their personality and character- in ways that don't conform to stale, old tropes. You've always had my respect Deepika, now please win my admiration.