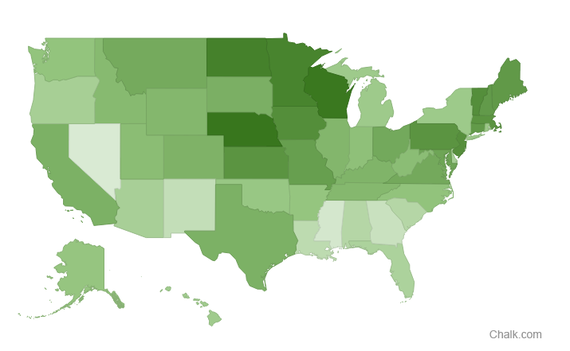 The American public education system is operated in part by the state government, but mostly at the district level. As a result, there are different approaches to education all over the country, and different qualities of education. A freshman student entering high school in Nebraska or Wisconsin is twice as likely to graduate as their counterparts in Nevada or Mississippi. At a 68% high school graduation rate, Nevada is 27% below the national average of 81.9%. Most states are very near the national average with some standing out at the high or low end of the spectrum, including North Dakota and Minnesota at the top, Georgia and New Mexico at the bottom. 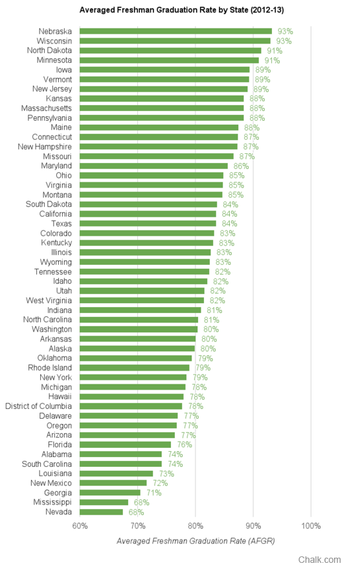 Females graduate more than males in every state 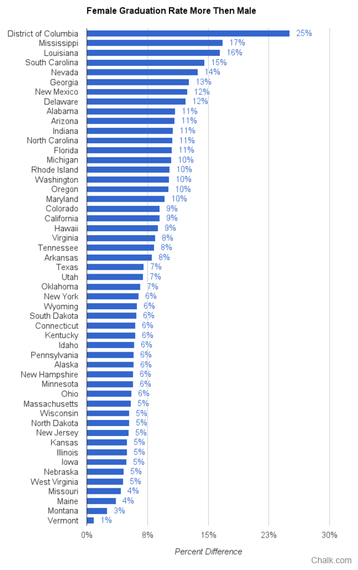 Asian students are consistently on top; Black and Native American students commonly at the bottom. 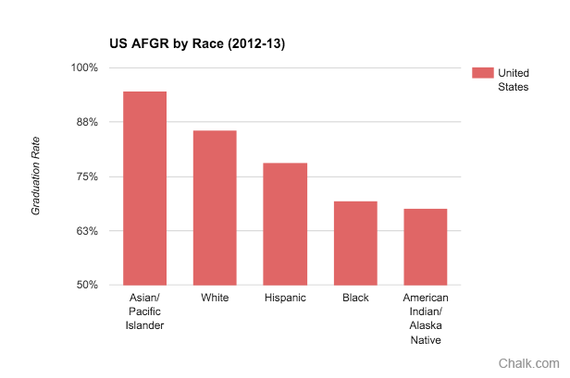 It's uphill from here 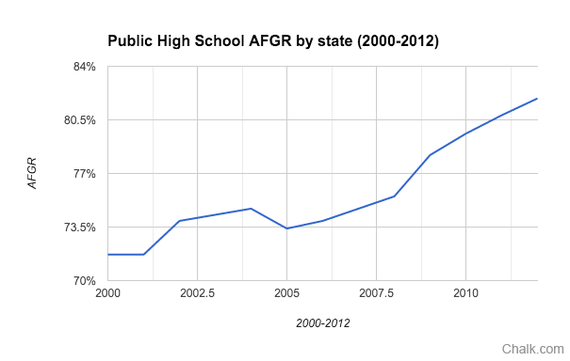 High school graduation rates in the United States have been steadily increasing since the year 2000. With positive support from state governments to invest in education, the lowest performing states can raise their graduation rates and narrow the gap in school completion between states.