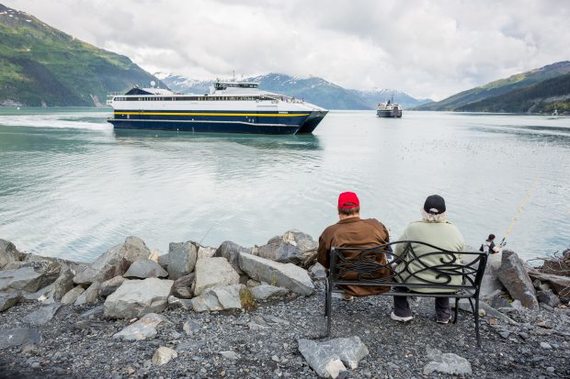 JUNEAU -- For years, the best way for visitors and newcomers to Alaska to learn about the place was to find a self-proclaimed "Alaskan" in a bar on a state ferry, buy a round of drinks and listen to the tall tales.

Before the rise of cruise ships in Alaska waters, independent travelers packed ferries during the summer, while in the winter it was mostly residents, new and old, using the ferries and meeting in the bars.

In the winter, ferry bars were also where adults could hang out and avoid the groups of school kids and sports teams traveling between cities.

But now, the state Department of Transportation and Public Facilities says it can no longer afford to keep subsidizing money-losing ferry bars and will close them this year.

One of those who learned about Alaska in that manner was author Joe McGinniss, whose Alaska classic "Going to Extremes" began with his experience in a bar while riding the ferry Malaspina to Alaska. In the book's opening chapter he recounts hearing his first stories of the infamous drug and alcohol use of the pipeline-era.