We've all heard of cage diving with sharks, but who in their right mind would swim alongside the fierce apex predators without the protection of metal bars?

Meet Ocean Ramsey, the shark conservationist who thinks interacting with these misunderstood animals is something everyone should experience. Ramsey's Hawaii-based tour company, One Ocean Diving, takes locals and visitors alike out into the deep blue off Oahu's North Shore to swim with galapagos, sandbar, and tiger sharks. 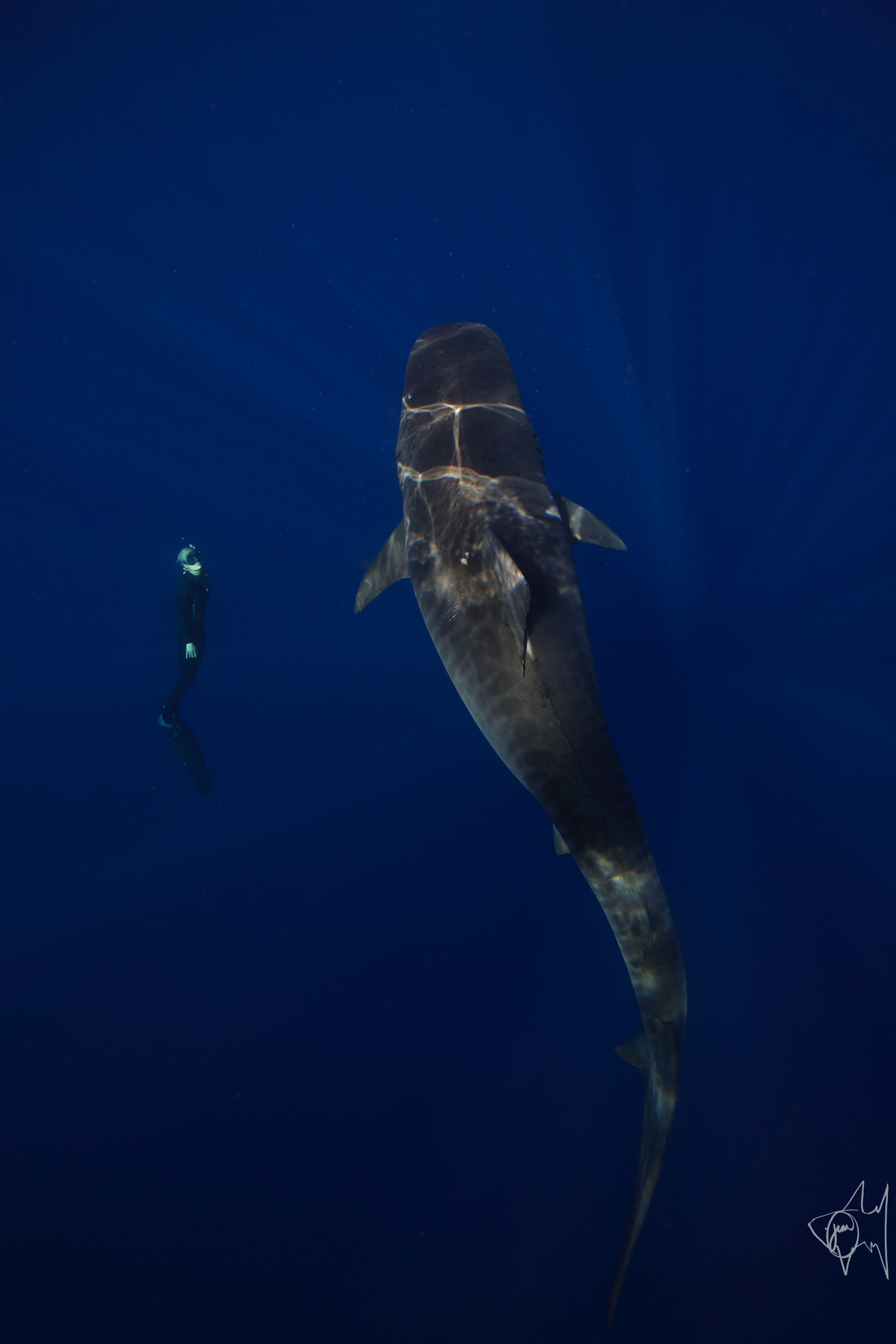 The tour isn't just for adrenaline junkies. Ramsey and her team of trained marine biologists and researchers hope to break down the negative stereotypes surrounding sharks -- you're familiar with those if you've ever seen "Jaws" -- and the tour company is becoming more popular by the day. Their Instagram account loaded with underwater shark photography has nearly 40,000 followers, and the company gets stellar Yelp and TripAdvisor reviews.

Even Zac Efron got in on the fun earlier this month, celebrating World Oceans Day under the sea with Ramsey.

One Ocean Diving takes snorkelers to designated zones three miles offshore for the dives. They don't chum the water, or lure animals to the site, so the number of sharks present during a dive is a matter of happenstance. Because they return to the same spots time and time again, Ramsey says they've become familiar with many of the sharks in the area and have come to know their distinct personalities.

While making the initial leap might be difficult, Ramsey says people come out of the experience with a new appreciation and understanding of sharks.

"People get to see for themselves that sharks really don’t look at them as a natural prey," Ramsey told The Huffington Post. "They get to see how beautiful and graceful the animals are, and that's one of the most powerful conservation tools." 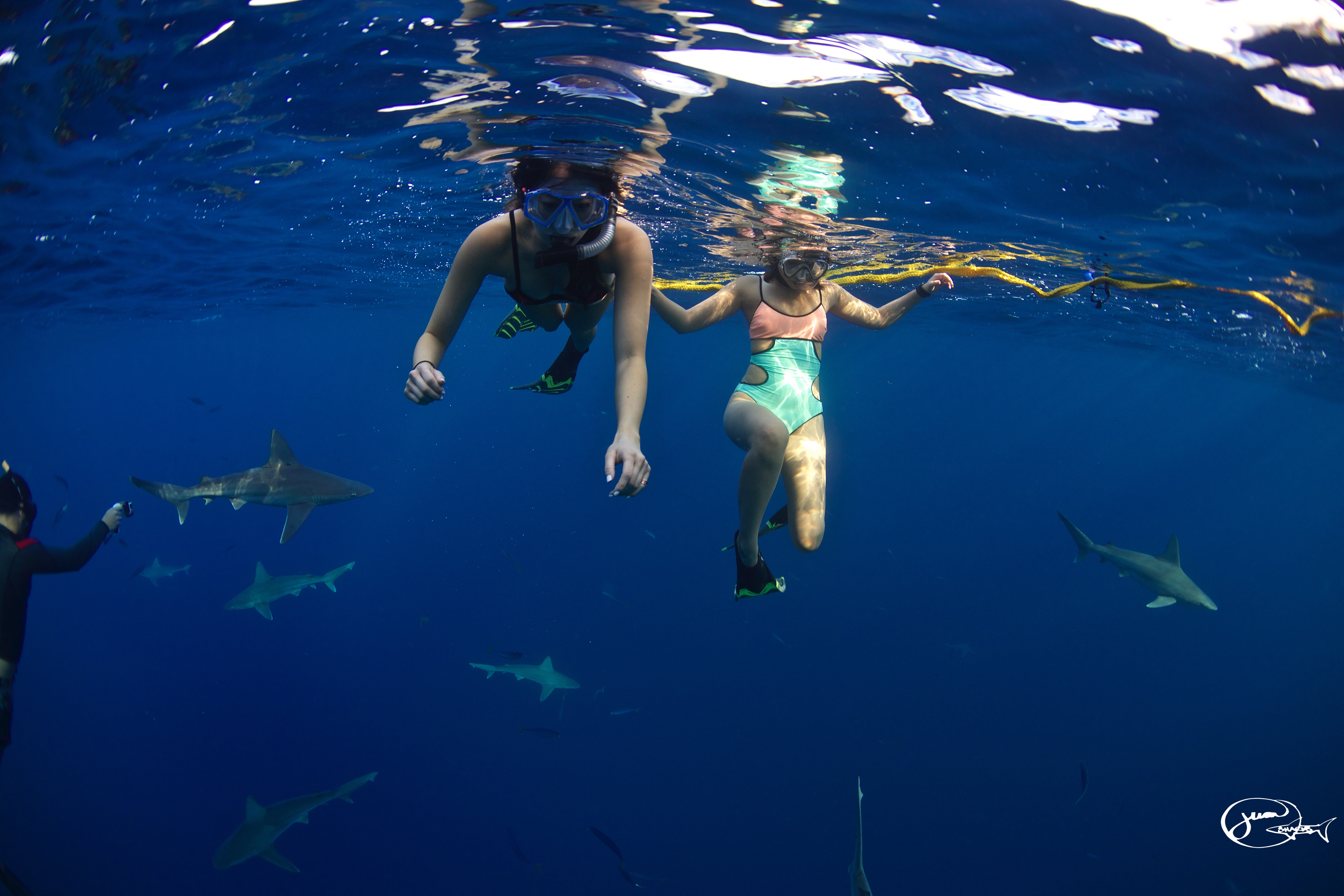 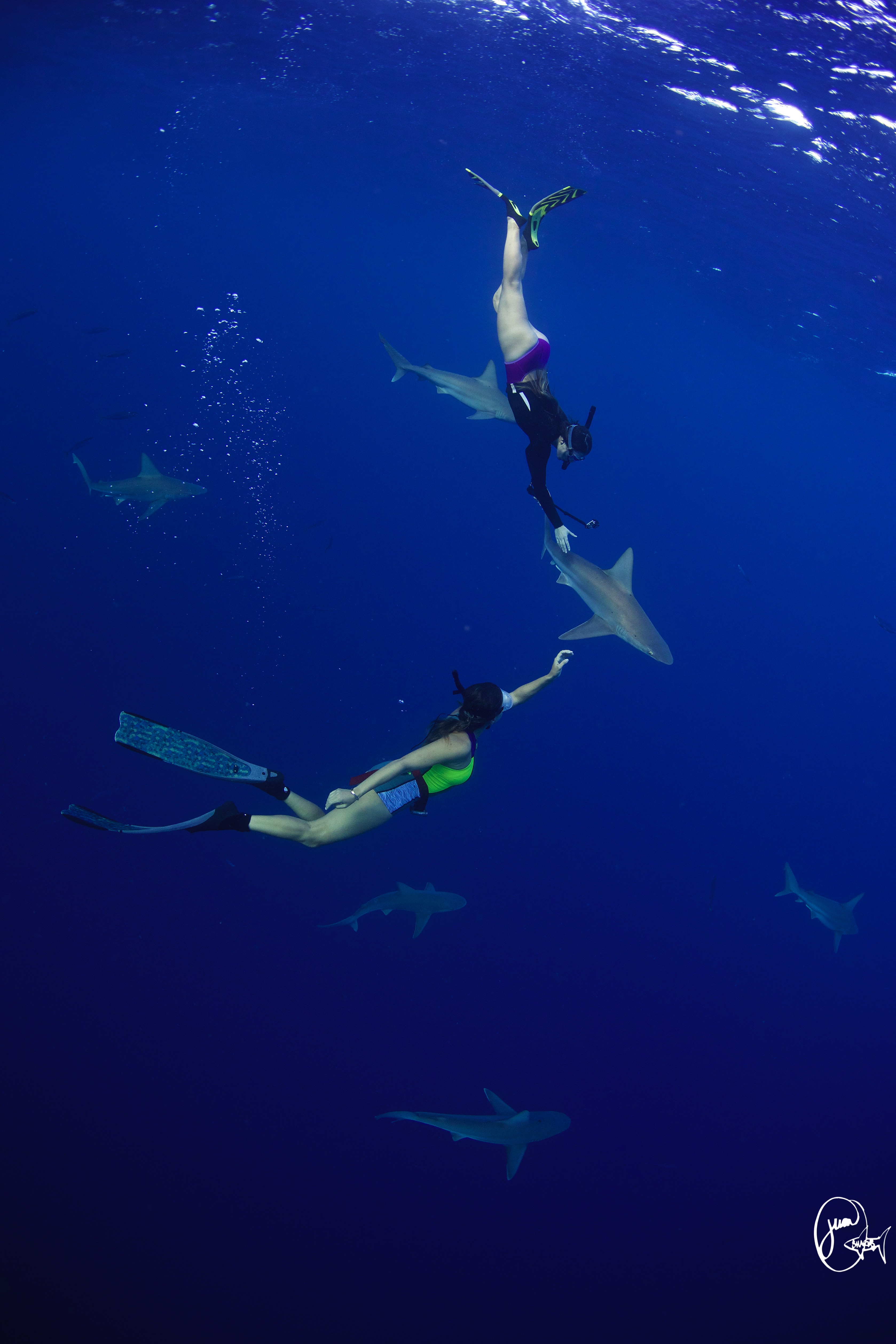 Sharks are apex predators, making them some of the most important animals in the ocean -- they keep other fish species at healthy populations. Without them, the delicate balance of ocean ecosystems could fall apart at the seams -- but shark populations are on the decline, in large part due to shark finning by humans. By promoting sharks through ecotourism, Ramsey hopes to prove that a live animal is worth a lot more than a dead one and that steps should be taken to protect the majestic creatures.

“If people are willing to go out of their way to spend money for a live shark, that’s when we start to see sharks being protected internationally," Ramsey said. 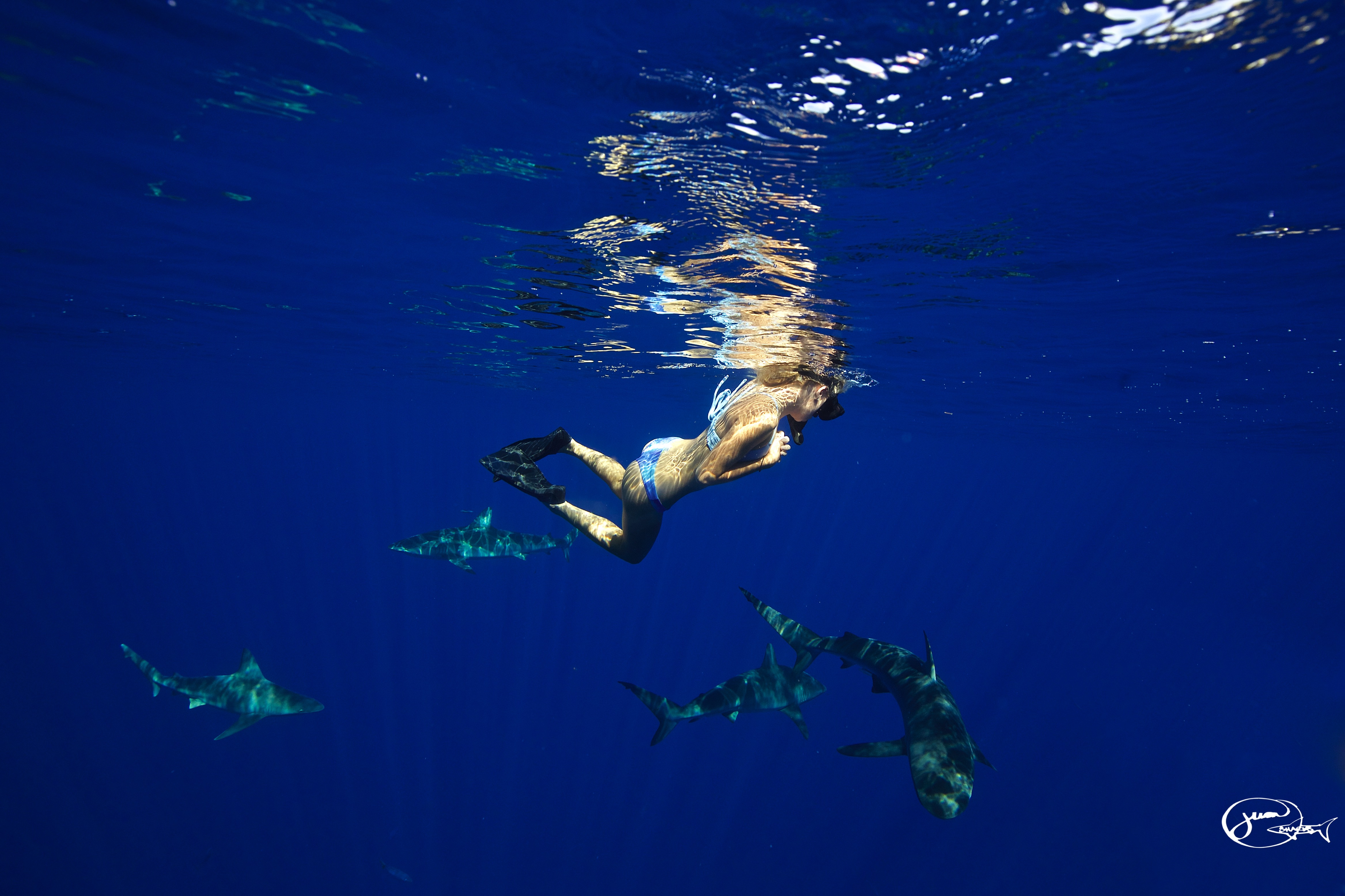 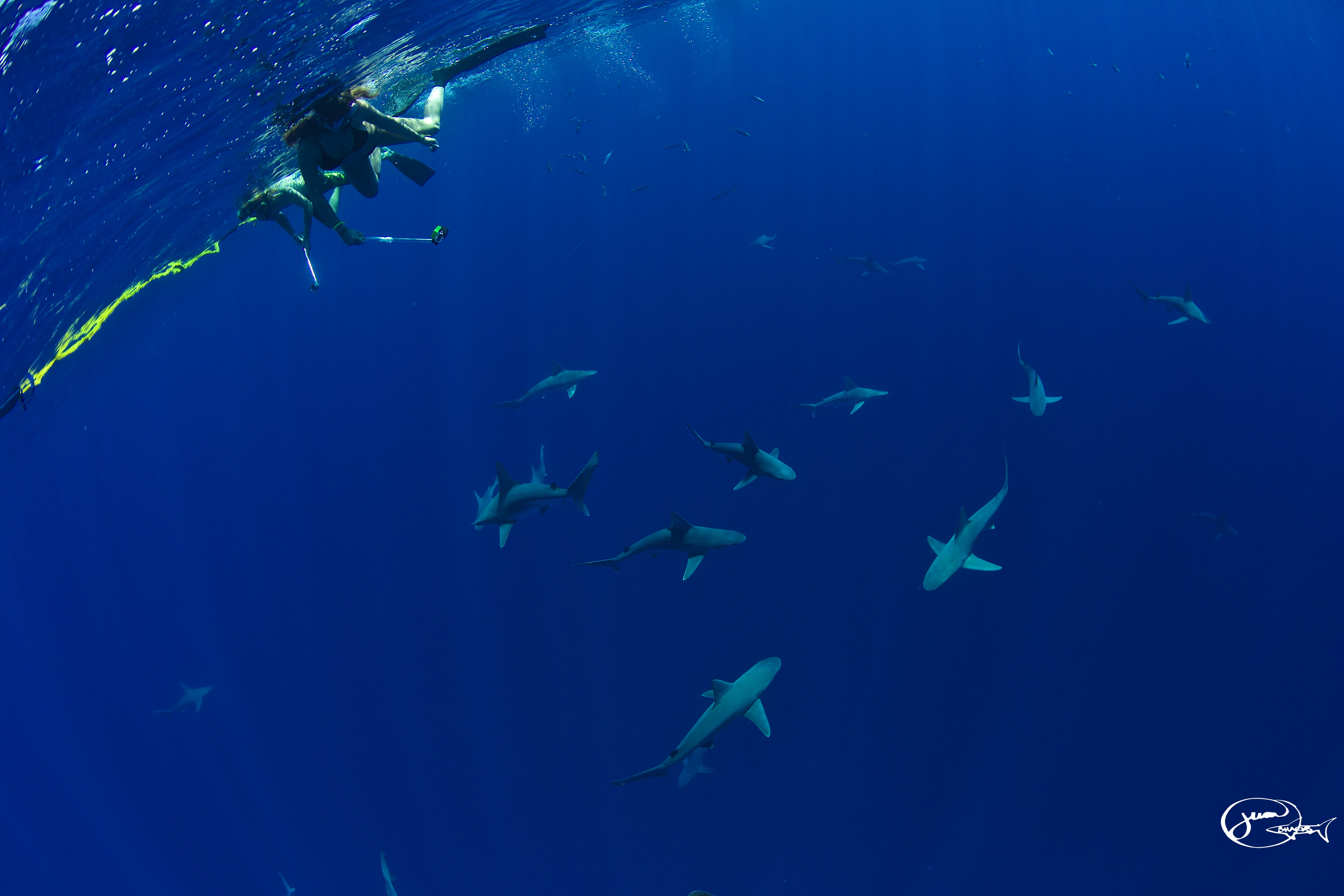 There are, of course, inherent risks. Humans are visitors in sharks' territory -- a concept One Ocean Diving emphasizes during each dive.

Some worry that approaching sharks offshore could familiarize them with humans, prompting them to investigate surfers and swimmers closer to shore. This is a frequent criticism of companies who chum the water to attract sharks since the chum may teach the sharks to associate food with humans.

Hawaii shark researcher Carl Meyer told HuffPost that shark diving does not pose any known threats for beachgoers or the sharks themselves. "There is no reason to believe that simply diving with sharks is detrimental to these animals," he said. "Shark ecotourism does not threaten shark populations and may actually help to foster more positive attitudes to sharks, which in turn can aid conservation." A recent study he worked on showed that commercial cage diving in Haleiwa had no visible effects on the movements of sharks in the area.

According to Ramsey, sharks just aren't that interested in us. "In the line of work that I'm in, if sharks were looking at us as a natural prey, I would have been eaten well over ten years ago," she said with a giggle. 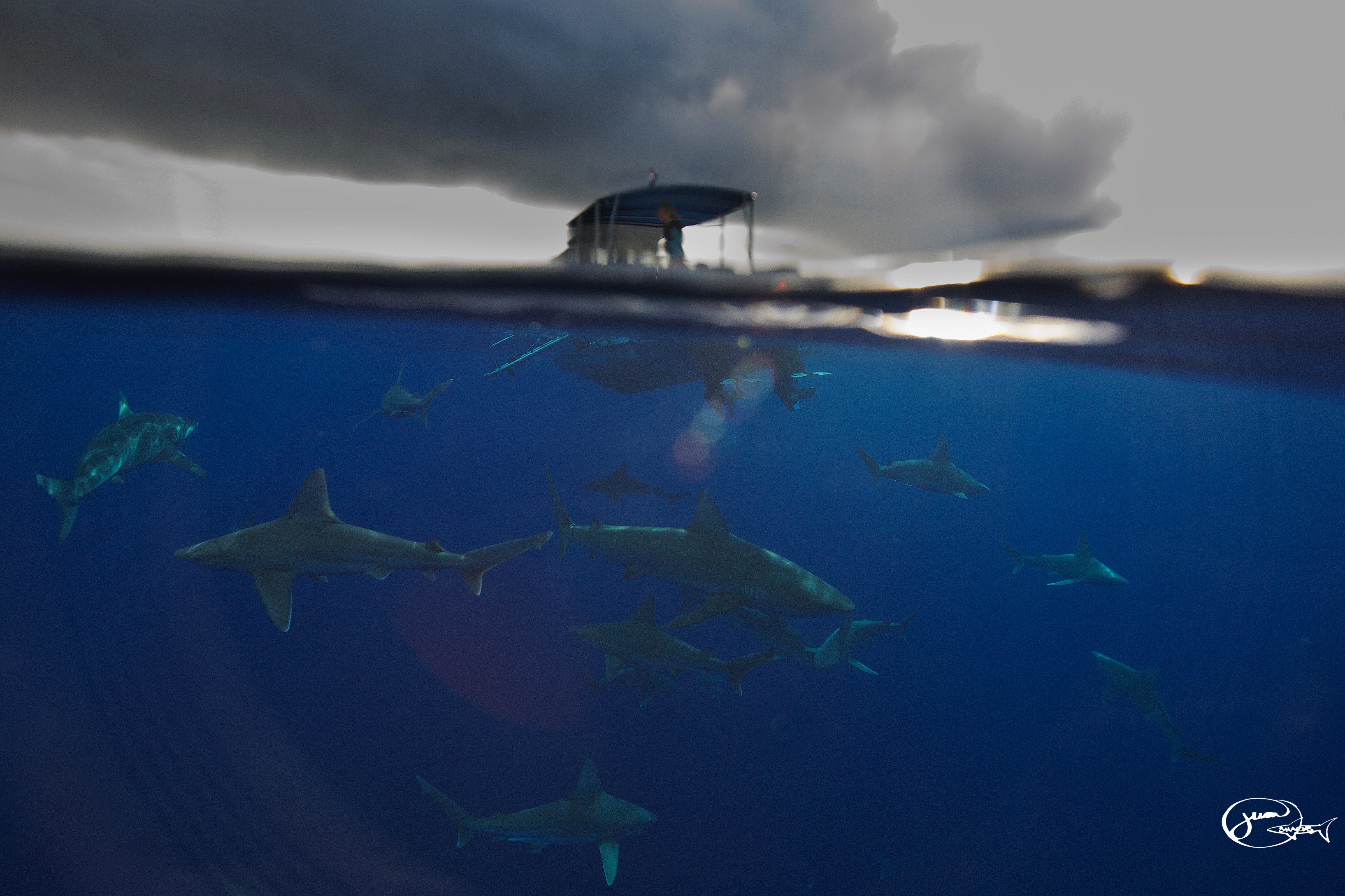