When vaudeville superstar Violet Hilton one half of Siamese twins tried to marry the musical director of her band, Maurice Lambert in 1934, she had every confidence she would succeed. Her groom was gracious and charming, from a wealthy family and besides being talented, he was tall dark and handsome. Besides the pair was in love. When they were denied a license because of immorality and indecency both were disappointed but determined. They would apply for a marriage license everywhere the band traveled. In total 21 states denied them a lawful union. Officials claimed the marriage would result in bigamy as sister Daisy would physically have to share the marital bed, it was assumed as a participant. 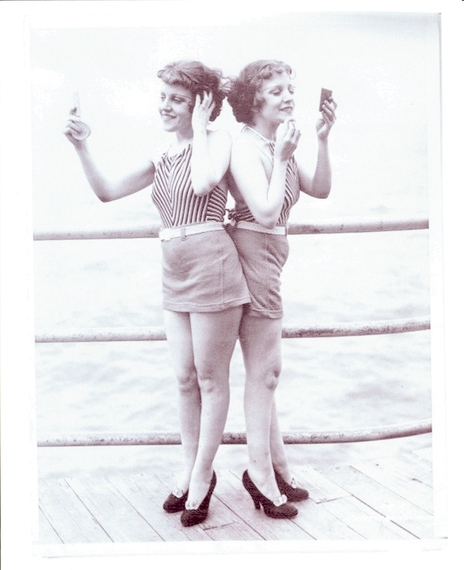 Violet desperately appealed to her public through a newsreel camera, sandwiched between her fiancé and her sister. Daisy chimed in that she too was all for the marriage as it would make Violet happy. Violet claimed she could see no reason why they were being denied the chance to marry. The painfully shy Maurice remained silent. 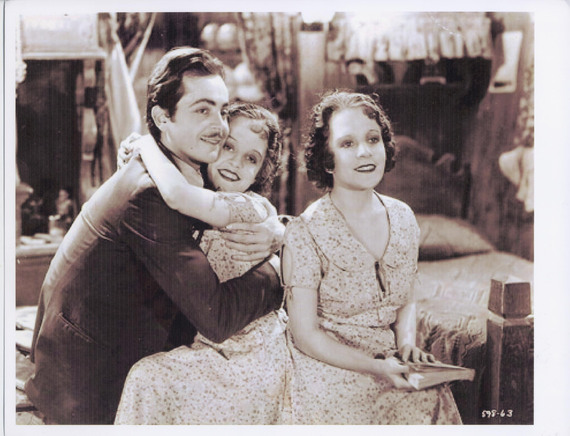 Though Lambert would soon vanish, humiliated from the teasing he was subjected to not only from the band but from all of America, both Daisy and Violet would go on to marry - though there is doubt whether the marriages were ever consummated. Still the Hilton sisters were the exception to the prejudice. They had been unfairly denied.

Other "freaks" such as Tom Thumb and his equally diminutive bride wed in 1863 and were invited to dine with President Lincoln. The "Caterpillar Man" who would star with the Hiltons in the now classic film Freaks, was a mere torso of a man who not only wed but fathered four "normal" children. And "Armless Wonder" Charles B. Tripp had no trouble getting a wedding license to marry Mae, a ticket-taker on the midway.

Chang and Eng Bunker, from Siam, thus giving Webster the term "Siamese twins," easily obtained marriage licenses and wed 100 years prior to Violet's attempt. Between them the slave-owning Bunker brothers fathered 21 children, of which decedents still populate North Carolina where the Bunkers lived, loved and died.

"Freaks" or "freaks of nature" in the sideshow were either born with an abnormal physicality, beset by disease, or shock performers such as sword swallowers and fire eaters. Amusingly, heavily tattooed humans were once thought shocking to the rubes -- customers -- at the sideshow. Freak shows date back to the mid 1500s. They were popular amusement in taverns and on the fairgrounds throughout Europe. Both venues which saw the lovely Hilton sister babies on display, first in a back room of their guardian's bar often times nude to prove they were legitimate freaks.

It's a mystery why Violet Hilton was denied marriage with Maurice Lambert, arguably her only true love, many freaks prior to and certainly after easily wed. Take for example Annie Jones, born around the time of the Civil War she was otherwise known as P.T. Barnum's "Bearded Lady" and married twice, the first time purportedly at age 15.

Born in 1884 Gabrielle Fuller had a comely face and hour-glass figure. The Swiss-born beauty was more popularly known as the "Half-Woman" being born with nothing below her hips. Fuller wore fashionably jewelry, elaborate dresses and was tightly corseted emphasizing her miniscule waist, as was the custom of the day. Like the Hilton sisters, Gabrielle began her career in the sideshow later moving into a successful stint in vaudeville. Claiming she saw no need for women to have legs, as she had never needed them, Fuller was luckier in love than Daisy and Violet, marrying at least two times.

Tennessee-born Myrtle Cobin, the "Four-legged Girl" had no trouble marrying giving birth to 5 children, though possibly the fact she had two uteruses helped.

Poor Mary Ann Bevan, another sideshow oddity was tragically billed as "the Ugliest Woman in the World." In her early 30s she developed acromegaly, a disease that involved the pituitary gland (and is often associated with gigantism, though Mary was only 5'7" when she died). The bones in Mary's face grew abnormally large, distorting her visage. However, happiness did not elude her she too married and had children.

Perhaps the most disturbing coupling of all was between a pair of three-legged wonders both born with an extra set of genitalia. And you thought the Hilton Sisters, mere pygopagus (joined at the pelvis) conjoined twins had it rough? The Portuguese freak Juan Baptista dos Santos born in 1843 was said to be a handsome dashing man, sexually voracious in the extreme, but then who can blame him with two fully functioning penises and three scrota? It was rumored Juan hooked up -- which leads to vivid, near-pornographic images -- with the Caribbean-born courtesan, who had two vaginae, Blanche Dumas in the late 1800s.

Perhaps the most enduring love story was that of Percilla the Monkey Girl and Emmett the Alligator-skinned boy. Puerto Rican born Percilla was born covered in a layer of dark hair and would grow an extra row of teeth. As many parents did when confronted with such offspring, at age 3 she was put on exhibit. For parents who knew neither what to do with their natural born oddities, or wishing to take advantage of these rarities it was fairly common practice to have the child adopted by the sideshow manager. Percilla was adopted by her show's owner and his wife. By all accounts her new guardians were loving and protective, seeing to a fine education and they had a sense of humor. They would buy their little "monkey" a pet monkey.

The Hilton sisters would have wished for such peaceful protectors. One of their abusive guardians, a former balloon salesman "inherited" the pair, holding them virtual captives.

By all accounts gracious and dignified Percilla met her heart's love, Emmett Bejano, another adopted son of a showman. Though notably handsome, Emmett was afflicted with a rare skin condition causing his "hide" to thicken and scale up like a reptile. His skin didn't have pores and he could not sweat. Despite their adopted parents concern, the two love birds eloped in 1938.

In 1939 Percilla gave birth to a daughter Francina who was covered in a layer of fine black hair like her mother. Francina died just weeks later. It wouldn't be until 1960 when the couple, settled in Gibsonton, Florida (aka "Freak Town") adopted a "normal" son, Tony.

The happy couple was married 57 years separated only by Emmett's death in 1995 where in deep mourning Percilla began to shave her money-making beard, until her death in 2001.

So why was Violet Hilton and her intended denied the right to marry after such a well-documented history of freak nuptials? Their union would have been no stranger than others. And yet repeatedly, clerks, judges and even state attorneys charged the duo of secretly conspiring to be a lawfully wedded trio. Was it because the beautiful girls looked "normal" and as young women were at the nadir of their sexuality? Perhaps if the girls had been joined in a more conspicuous place, or had pronounced deformities judges would have looked on them with pity instead of suspicion at raging libidos.

This Hilton's struggles sadly are reminiscent of what same-sex unions face today, denied the right to marry because those sitting in judgment find the desire of like bodies to unite is "freakish" and "immoral." Yet odder couplings are blessed, even filmed for reality TV, Kimye. Though no one is claiming an extra set of genitalia involved there. 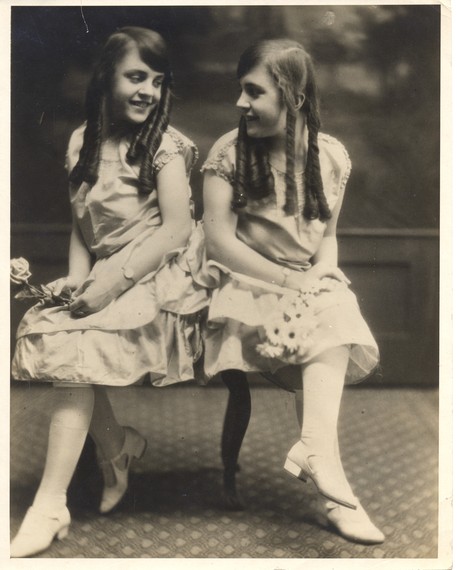 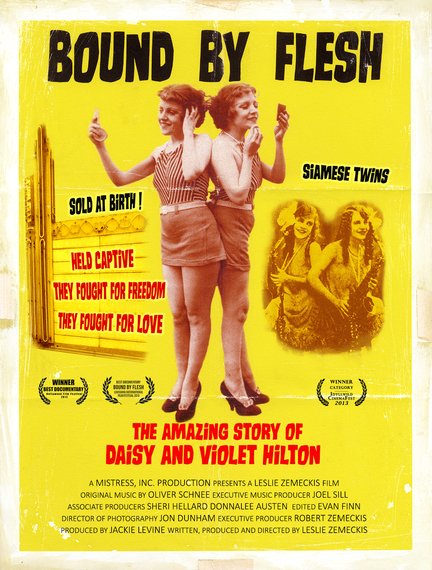 Leslie Zemeckis is the author of Behind the Burly Q, the history of burlesque and the writer/director of the award-winning documentary Bound by Flesh about Siamese twin superstars Daisy and Violet Hilton which opens theatrically in LA, NY and select theatres, VOD and iTunes June 27th.