Carrie Underwood showed off an impressive rock at a hockey game Monday night.

Underwood, 26, was cheering on her new fiance Mike Fisher, 29, as his Ottawa Senators played against the Boston Bruins in Ottawa and lost.

The former "American Idol" winner got engaged on Sunday after dating for a about a year. 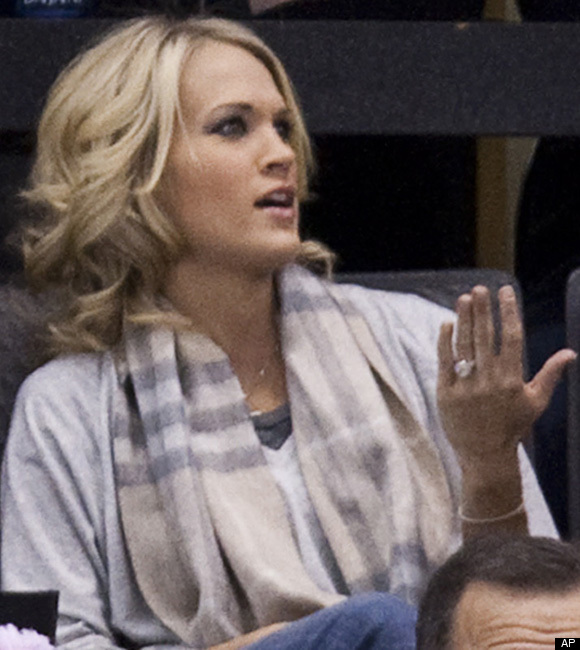